Ellie and Brody continue to flirt whilst Holly feels uncomfortable.

Lily and Prince decide to sleep together and Prince sets the scene at the McQueen’s. Shane helps in getting Myra out of the house but when Lily turns up he makes a comment about Lily’s scar and herself-confidence hits rock bottom.

Warren goes for lunch with Sienna and Joel but when the bill arrives with another threatening message he flips out. Diane clears the restaurant and he confides in her about his life.

Kim’s upset when she discovers Esther’s filed for divorce and Tegan invites Farrah round after she thinks Kim is struggling. Later, Kim confides in Tegan that she has a crush on Farrah. 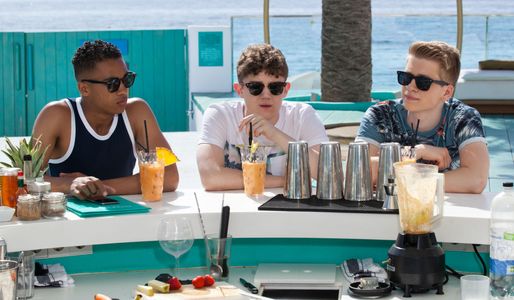 Hollyoaks 27/5 - Ellie detects a spark between Holly and Nathan