Zack is stunned when he sees Lisa and Wayne kissing.

Cindy is sexually frustrated. Dirk surprises her with a new writing desk but her focus is on a hot, sweaty Jason who has helped Dirk carry the table up the stairs. Later, Cindy thinks Jason has invited her to the Roscoe’s to sleep with him. She climbs into his bed but Robbie is there instead.

Ben and Carly move into their new house, but Ben finds some drugs in her bag and washes them down the sink. He locks Carly in the house.

Robbie drives Nancy to her next interview but when it doesn’t go well, she takes her anger out on him. He nearly drives into Wayne, who is looking at the envelope of reward money from the Lovedays. Later, Wayne is mugged by Robbie who wants the cash to help Nancy pay for childcare. Robbie is unaware he’s left his sunglasses at the scene. 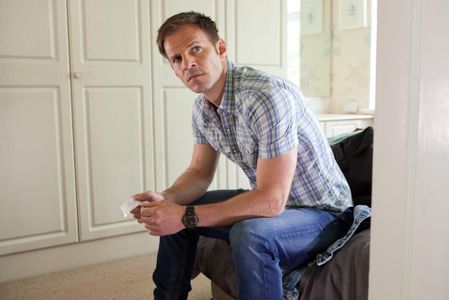