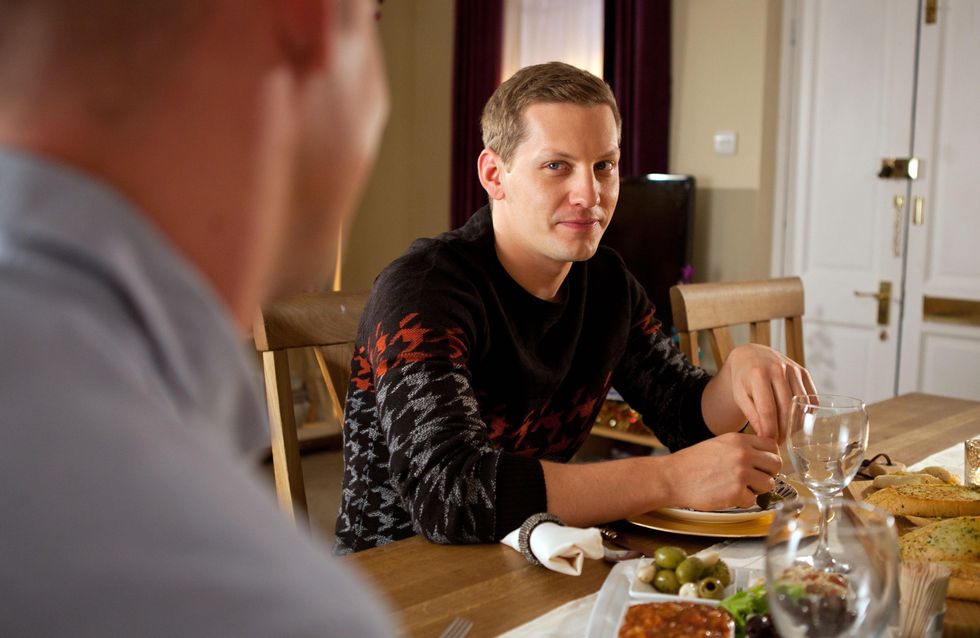 Holly thinks jealous Robbie put the worms in her face cream and goes round to confront him. She later finds two dolls in her locker that look like her and Jason, but the female doll has had her head ripped off. Robbie goes to the flat with Holly to make sure she’s safe. They’re ripping each other’s clothes off when Jason arrives and opens the door. Later, at school, Nico overhears Holly on the phone to Robbie…

Patrick transfers all his money into Maxine’s account and records a message lying that he’s being forced to do it. He makes a show of not being able to cope when he’s in Price Slice in front of Jason. Later, Patrick calls Jason to come over. Jason finds Patrick on the floor covered in soup and questions whether Maxine is neglecting him.

Mrs St. Claire is coming down hard on John Paul, thinking he’s told Nancy her secret. She demands that his class get their coursework in early, so John Paul asks Ste for help. Mrs St Claire bursts into The Hutch where John Paul’s class are doing a review of Ste’s food for their coursework.

Tegan is asleep and doesn’t hear Ziggy knocking on the front door. Ste wakes her up and Ziggy tries to apologise