Hollyoaks 30/11 - Louis is stressed about Joanne

Louis is stressed about Joanne and takes it out on Simone. Joanne tells Louis that she’s leaving and asks him to meet her for coffee to say goodbye. However, when Louis gives her the wrong impression about them, she’s left thinking they could have a future. Elsewhere, Theresa tells Lisa that her secret is safe, for now… Joanne decides to stay and starts looking for flats in Chester.
​

It’s Leela’s birthday and Tegan is jealous as Ziggy treats his wife. However, Leela is suspicious of Tegan and swipes her phone. Leela tells Ste that she’s going to get proof that Tegan and Ziggy are in love.

Mac tells Ellie about Alfie’s collapse and is concerned when he realises his son has gone awol. Ellie finds her brother at the coffee shop - he’s convinced he’s got Cancer. Tegan gives Alfie advice based on her own experience and suggests he make a vlog about what he’s going through. Tegan tells Ziggy that nothing can ever happen between them. Ellie has spotted their awkwardness and tells Tegan to make a list of ’10 things I hate about Ziggy’ to get over him, while Ziggy tells Robbie that he can’t stop thinking about Tegan. At the hospital, Tegan is delighted to tell Alfie that he doesn’t have Cancer. Leela is drunk at her party in The Dog and announces to her guests that her and Ziggy are going to start trying for a baby. Ziggy can’t cope and accidentally tells everyone that he’s in love with Tegan.

As soon as Jason is out of the way, Holly texts Robbie. Later, she meets Jason in the coffee shop where he is sat with Nico. Nico burns with jealousy, has Holly made a dangerous new enemy? 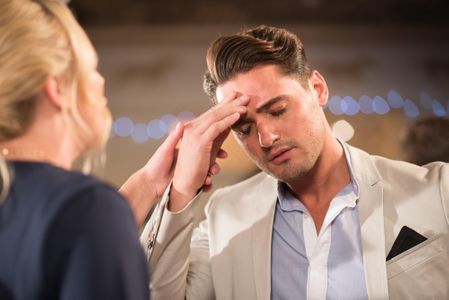