Kim tells Frankie that she’s Esther’s next of kin and can take Curtis home. Trevor and Grace are furious when they see Frankie leaving the hospital with their baby, while Kim watches from the side-lines.

Maxine is worried about Patrick when Theresa tells her he ended up in hospital following Darren’s ‘attack’. Dr S’Avage tells Patrick his condition has progressed and Theresa urges him to start taking the recommended medication. Sienna tells Nico about Patrick’s MND. Meanwhile, Theresa thinks she’s doing Patrick a favour by attending the governor’s meeting at school, but only embarrasses herself.

At the hospital, Maxine takes Patrick to meet Ailsa who is also living with MND and they are both inspired by her love of life. 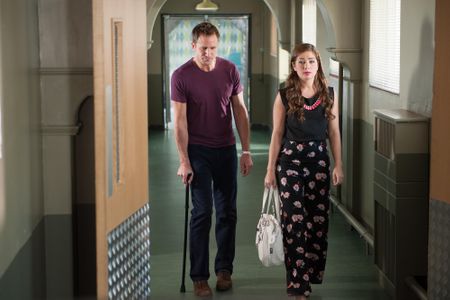