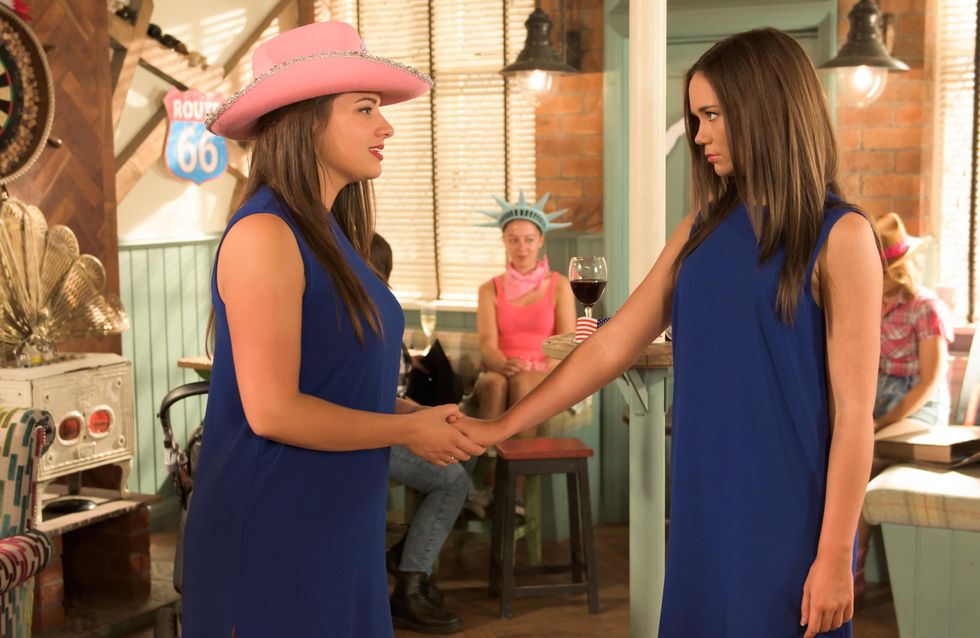 Trevor is surprised to find Ashley waiting for him at The Loft. She was the person Carly grassed on and had to hide her identity from. She wants the diamond ring back that Carly took when Ashley got sent down. Ashley demands that Trevor get her what it’s worth - £50k. They’re unaware Carly’s real killer, Nico has the ring… Ashley bumps into Theresa and sees pound signs when Theresa tells her that she’s already raised £60k for the new special needs unit at school. Trevor realises that he’s going to have to give Ashley what she wants to protect his life with Curtis.
Lindsey is wary that Kim has decorated the living room for her birthday and bought them both identical dresses. Kim wants Lindsey to be her twin, like Kath, but Joe and Lindsey are stunned when they see what Kim has done to her hair. Kim emotionally blackmails Lindsey into going to see Kath again. However, Freddie has planned a surprise American-themed party for Lindsey at the pub and Kim hasn’t been invited. Kim has decorated Kath’s room with banners, balloons and birthday cake. She explodes with rage when she sees a picture of Lindsey at her party on social media. At The Dog, Lindsey tries to explain the misunderstanding to Kim, while worried Joe watches. Both Joe and Kim are annoyed when Freddie announces he’s taking Lindsey and JJ to America for a holiday and they’re leaving tomorrow!

Jason is in hospital after having a hypo. He panics when Ben turns up at the hospital to see another patient. Mercedes accidentally tells Ben that Jason was in hospital, but Holly convinces Ben not to report it. Jason leans in to kiss Holly but she rejects him, only to go running to Robbie.

Darren is suspicious that Patrick is hitting Maxine again when he sees his bandaged hand. Nancy lies to Patrick that the boiler is broken at school and locks him in the boiler room, while Darren speaks to Maxine on her own.

​Theresa is angry when Patrick tells her the con is off – they really are going to build a special needs unit. Furious Theresa confides in Ashley who is hit with a plan… 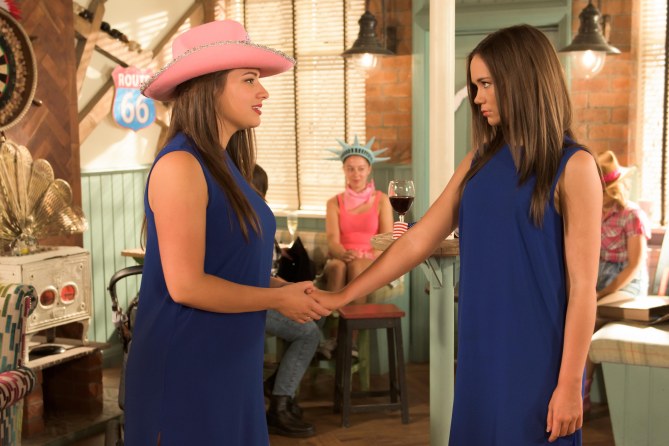