It’s Zack’s eighteenth birthday. Lisa organises a surprise party on the boat for Zack. Theresa and Reenie gate crash the party and Zack watches Theresa wistfully. Simone and Louis try to teach Lisa the electric slide dance, and Jade notices that Lisa fancies Zack when he takes his top off. Out to cause trouble, Jade calls Lisa by her real name – Sonia, but has anyone heard?

Ben prepares for Carly’s funeral and Sienna worries that this could be a breaking point for Nico. Carly’s hearse arrives in the village and so does Ben’s ex-wife, Sadie. Sienna and Nico bubble with jealousy. They have nothing to worry about when Ben lashes out at Sadie, asking why she’s there after she abandoned Carly. Sadie follows Sienna to the bathroom at The Dog and tells her she’s getting Ben back. Nico overhears and launches at Sadie. Sienna pulls her away and Sadie uses emotional blackmail to get closer to Ben.

Sienna sees Ben and Sadie together and Ben reveals that he’s moving back in with Sadie but only to reconnect with his sons. Sienna is furious and pushes Ben away. Furious at her mother, Nico locks Sienna in the bedroom and sets the sofa on fire, unaware Maxine and Patrick are also sleeping in the next room. Is she about to kill her whole family?
Jack asks Reenie to help out at The Dog today and is conned into giving Reenie and Pete their wedding meal for free as payment. Cleo storms off, angry that Pete and Reenie’s wedding is still going ahead. Pete tries to convince her that she’s the one he loves. 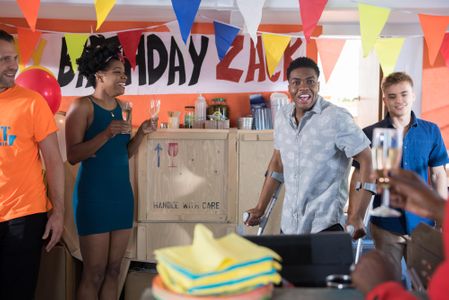 Hollyoaks 08/10 – Lindsey is deeply suspicious of a new arrival