13 Of The Most Scandalous Ad Campaigns Of All Time 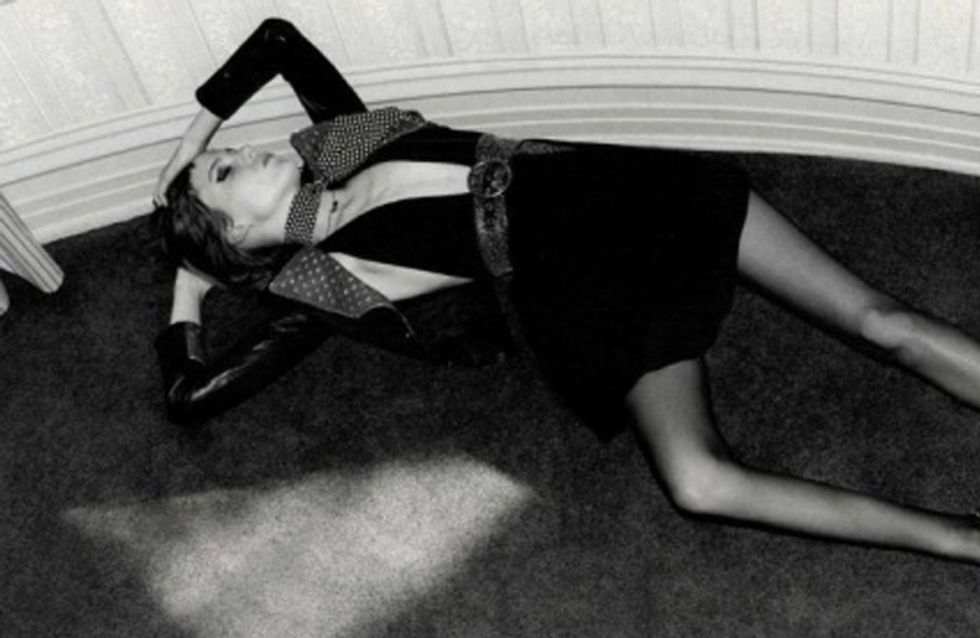 Perhaps a sign of marketing genius is being able to spark conversation and leave an indelible impression on potential consumers. But is it possible for companies and magazines to push boundaries so far they actually cross the line? We believe so. In fact, here are 13 of the most shocking and scandalous ad campaigns that prove it.

Why do companies insist on pushing the limits with their ads or photo shoots? It's clear, controversy keeps consumers talking and with added eyes they hope it boosts awareness of their products while lining their pockets. But are there acts of "creative genius" any less deplorable? NOPE.

It's not like ridiculous ad campaigns are in short supply. Who could forget the Vogue Italia violent photo-shoot and the perverse American Apparel ad last year, but now that news has hit of the fresh controversy around Yves Saint Laurent, we were inspired to revisit some of the most scandalous campaigns of all time...and then things got really weird and uncomfortable.

Take a look for yourself.

In what world did anyone think this advert was okay. You can actually see her ribcage, this must be one of the most irresponsible fashion campaigns we have seen, and thankfully it's been banned. 1 - 0 to common sense.

Burger King will "blow your mind away"

If you can't get your hair to look just right, you should just go ahead and off yourself? Sounds legit.

American Apparel is constantly feeding the beast of controversy with racy ads. It's no wonder their "Made In Bangladesh" campaign fit right in. What seemed to really irk spectators this time around, was the company using Maks, a merchandiser originally from Bangladesh, as a way to (as they claim) diminish horrors found in the country's garment industry. The company vehemently denied the claims, stating their intentions were actually quite the opposite.

Like American Apparel, Italian based fashion brand, United Colors of Benetton, are known for eyebrow-raising campaigns. Their "UNHATE" ad got folks talking after they featured photoshopped images of various world leaders kissing.

It seems Vogue Italia isn't the only glossy showcasing battered women as a thing of beauty. A couple years back, 12 magazine ran a spread where female models appeared painfully injured. When they received backlash, their editors were forced to respond.

"We believe that images such as ours can be seen from various angles, and we think that exactly that is what is beautiful about fashion and photography in general – that anybody can understand it their own way,and fill it with their own meaning," They said. "Where some see a brutal wound, others see a skilful (sic) work of an artist, or an exquisite face of a beautiful girl."

What do we see? The pain women endure being sold for a profit.

St. Matthews-in-the-City of New Zealand, is a church notorious for controversial billboards. Case in point, the above ad which hints at Joseph being inadequate in the sack. "Poor Joseph," it reads. "God was a hard act to follow.”

Um, who thought this was clever?

Mr. Leggs thinks its okay to walk all over women...literally

Lovely. Just what every girl dreams about, Mr. Leggs.

We're guessing Tom Ford isn't the only one getting off on seeing his products on the pages of magazines. When he launched his first fragrance for men he stooped to the age old ad man technique of promising men they'd get more sex from using his fragrance. Don Draper would be ashamed.

While it's a well documented fact smoking is terrible for you, a French ad took matters to new shocking levels in 2010. They portrayed teenagers on their knees, at the waist of a man, with a cigarette between their lips. The slogan reads, "Smoking means being a slave to tobacco."

It's gross on multiple levels.

Peta doesn't know when to chill.

Humans for Animals based their battered baby ad on the premise, "Don't treat others the way you don't want to be treated." The result was horrifying to say the very least.

Numéro magazine caught major flack for their "African Queen" spread featuring caucasian model, Ondria Hardin, painted in blackface. The photographer, Sebastian Kim, later issued an apology, insisting their intention was never to depict a black woman, but instead, a tanned one.

What are your thoughts on these controversial ads? Tweet us @sofeminineUK!

No More Miniskirts! 6 Of The Craziest Laws Against Women’s Rights Worldwide