by Pascale Day Published on 12 November 2015 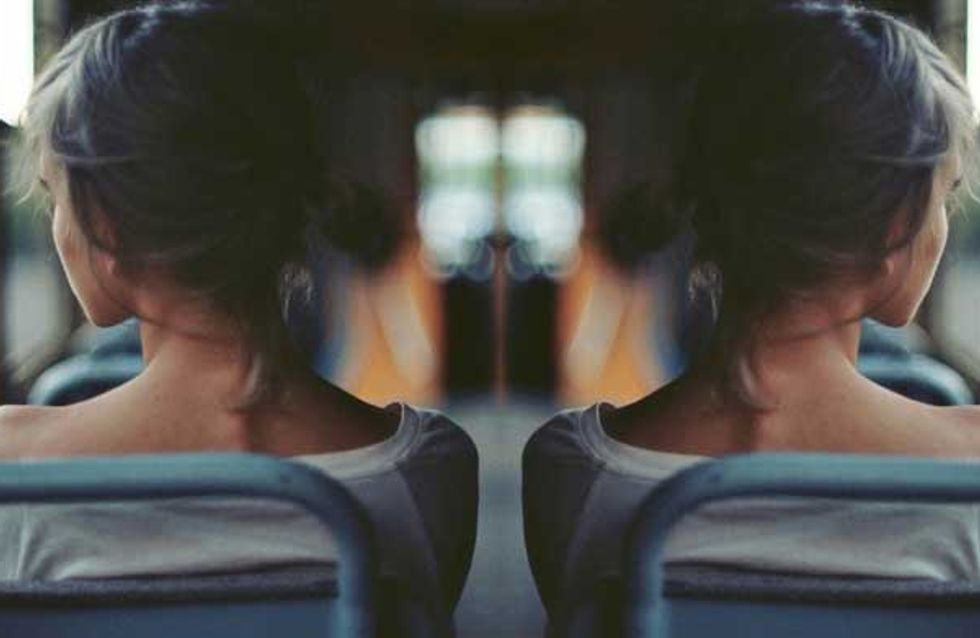 Danny Boyle, Louis Theroux and Miranda Hart are just three in a long list of public figures who have signed the #Equality4MentalHealth, an open letter calling for physical and mental health problems to be treated equally in the government's spending review. We need the letter to change things, and here's why.

Student suicide rates continue to rise, with a significant peak between 2007 and 2011. Many factors contribute to mental health problems amongst students, including gruelling term schedules, deadlines and exams. With the rise in student debt, this is also something that weighs heavy on the mind of students - not only the monetary side of it, but it is also a massive, heavy reminder of the one shot you have at getting university right. University life is a lonely one for everyone at some point or another - you are removed from the support networks you’re familiar with and put into an education system that is significantly different to anything you’ve experienced before.

In 2013 two students at Oxford University committed suicide. In separate cases, Andrew Kirkmand and Jennifer Xu both were put on medical leave from their studies when they took their lives. The Sunday Times found that around 8% of Oxford University students - or more than 1,000 students - accessed the student counselling service between 2013 and 2014. This is a rise of 136% from the number of students accessing it in 2004. However, as National Union of Students officer Hannah Paterson tells the Guardian, when it comes to budget cuts at universities, student provisional services “will be the first to go”. This means that university counsellors will be forced to take on less students and/or reduce session times - both detrimental to students who need the help. A better level of education needs to be provided to lecturers in order to help students coping with mental health issues, as well as ensuring all students are aware of where they can go to get help.

Healthcare budget cuts have a knock-on effect to every aspect of the health service, but is felt most prominently with mental health patients in urgent need of help. The cuts mean that, in hospitals, there are very few beds available for people with mental health issues compared to those with physical ailments. So vulnerable patients in need of urgent care can be left in hospital waiting rooms - or, if they are a danger to themselves, in a padded room - for long periods of time because there isn’t space for them. Alternatively, patients can be forced to transfer to an available location somewhere else in the UK. For example, someone in need of a bed who lives in London could be transferred to a hospital bed in Manchester if that’s the next available one. Taking someone away from their comfort zone, their support connections, and uprooting their lives for an indeterminable period of time can act as a catalyst in what is already a serious and fragile health problem.

3. Young LGBT people are in need of help

Whilst we as a society continue to grow in our acceptance of gay and trans people, there are still those who find it taboo. LGBT mental health is a real and troubling problem. People are still so conditioned to find only cisgendered people the norm, that those who don’t fit in this box feel the need to suppress that part of themselves. The feeling that the way you are is wrong has its problems, particularly growing up in such a toxic environment: statistics collated by Pace shows that 34% of LGB young people attempted suicide at least one in the last year compared with 18% of heterosexual people, whilst 48% of young trans people attempted suicide at least once in the last year, compared with 26% of cis-gendered young people.

​In schools, LGBT sex education continues to be the subject of fierce debate. In 1988, Margaret Thatcher’s government brought a legislation into UK schools that enforced “Prohibition on promoting homosexuality by teaching or by publishing material”. Not cool, Thatcher. And whilst this rule was abolished in 2003, it is still not compulsory to teach LGBT sexual education to children in school, which means many kids grow up not know that their sexual attraction to those of the same gender is perfectly normal. It is from this lack of knowledge that homophobia is born, and people are bullied for being different.

4. Black and ethnic minorities are being left behind by mental health services

It has been shown that even today, black and ethnic minority people are still facing further setbacks when it comes to their mental health than white people. The NHS state that black communities in the UK are more likely to experience issues like unemployment, racism and bad housing. The Guardian stated in June 2015 that research they had collated showed that “BME [black and ethnic minority] people were not being offered psychological “talking” therapies. Instead, medication continued to be the most common treatment, with some people spending years on heavy medication with severe side-effects. Non-compliance usually resulted in individuals being sectioned, yet many were never given the option of a slow, supervised reduction of their medication.” The Guardian also found that people were happier with services provided by voluntary organisations, but because of cuts local mental health services had been disbanded in some areas. Effective BME health care means installing a sense of confidence in communities, listening to and tailoring care to their needs. We need to make sure there is enough awareness surrounding where they can go to get help, and try to keep community and voluntary services going.

5. Men are vulnerable, too

The Samaritans say that male suicide is currently at its highest since 2001, with the suicide rate most prominent in men aged 45-59. A 2014 survey by CALM shows that suicide is the biggest cause of death in men aged 20-49. As products of our environment, men are taught that in order to be successful, you must have money. Much like other unwelcome stigmas, the one where men are to be stoic and emotional strong hangs around like a bad smell. It’s toxic. Women are encouraged to talk, men aren’t. This can turn something that a personal trouble in to crisis much quicker than it can for women. Furthermore, young men are also going through something of a masculinity crisis, where vulnerable guys are drowning a bro culture; you can read more about that here. Men’s mental health is a grey area that continues to get bigger. We need to find a way to contain it, by increasing the visibility of support available for men, reducing the stigma attached to male depression and creating a comfortable environment in which men feel safe enough to talk, and others feel comfortable enough to approach the guys in their life that they feel might be in need of help.

There’s a reason why so many people support #EqualityForMentalHealth. Because we know that, despite not being visible and tangible like a physical ailment, mental illnesses are there, and they’re real, and they’re taking life upon life each year needlessly. This change in the government’s spending review is so necessary because it’s an opportunity to insight huge changes in the way we deal with and view mental health. Mental health is so vast and varying and complicated, and so we must explore and champion it with the same level of interest as we do with physical health.

What do you think about the state of mental health care today? Let us know: @sofeminineUK

This article was written by Pascale. You can follow her here: @Pas__

Katie Glass Was Right. The Mental Health Of Young Men Shouldn't Be Ignored

​​​This Girl's Tattoo Makes A Powerful Point About Depression