Didn't win an Oscar? Get free vaginal rejuvenation instead 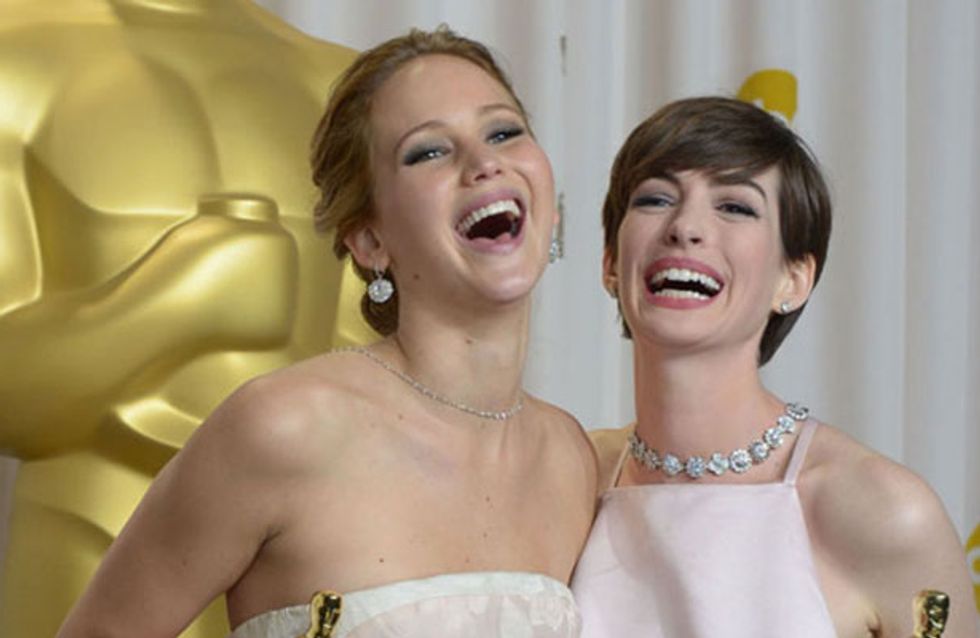 Didn't win an Oscar? Never mind eh? There's nothing like a vaginal rejuvenation treatment to cheer an actress up when she's down. Yep, somehow the Oscars are reportedly offering female Oscar ‘losers’ a vaginal rejuvenation procedure as consolation prize - which has to be one of the most ridiculous (and insulting) things we've heard.

So even if they don't scoop up a win, this years Oscar nominated ladies can be thankful they at least turned up for the freebies. The $80,000 goodie bag promises to pleasure every losing actress with a a Vaginal O-Shot - which is a procedure that helps orgasms reach their full potential by enhancing “the genital tissue of a woman” worth $2,700.

Nothing says never mind about your Oscar loss quite like a shot to the vagina.

For all those wondering if the guys will feel left out, never fear. Men who lose out on their Oscar moment will also get a free dick pump to help boost their rapidly flailing masculinity. Oh no wait, they don’t because that would NEVER HAPPEN.

Oscar nominees that could end up going home with a vaginal booster shot include Meryl Streep, Judi Dench, Cate Blanchett, Amy Adams and Sandra Bullock who are all up for the Best Actress Award and Jennifer Lawrence, Lupita Nyong’o and Julia Roberts for Best Supporting Actresses.

But don’t feel too bad if your fave actress flops on Oscar night, her vagina certainly won't.

​We wonder what Streep will have to say about this.

A bit creeped out? Or don't get what the fuss it about. Join the debate and tweet us at @sofeminineUK.