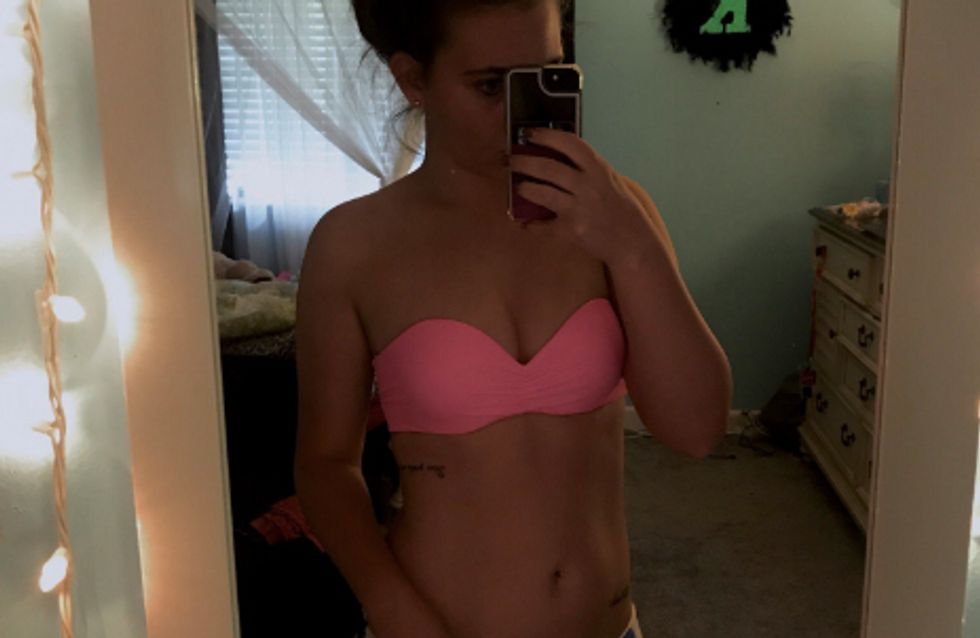 The sign of a good boyfriend is being able to wear anything in front of them and they still think you look great. You could be wearing a bin bag, tied round the waist with some raggedy old string, and they'd still think you looked the t*ts. So when Katie Testa's boyfriend had some less than savoury things to say about her bikini bod, she rightly kicked that guy to the curb.

When 19-year-old Katie Testa sent her boyf a cheeky bikini pic and asked for his opinion, the last thing she expected was a harsh critique of her body. But lo and behold, that's what Katie's garbage ex decided to offer up.

"You have cellulite on your legs and I hate it," the text began. Oh yeah - THERE'S MORE. That's not his only problem with Katie's obviously flawless bod: "[Your] stomach isn’t how I like. It’s bothered me since I’ve asked you out.” What's up with this guy?

And after all this body shaming, he then goes on to state the obvious: "I’m sorry, now I feel like an asshole."

Let's get deeper into this, shall we? This guy took the time to write out this effing awful criticism of the body of the girl he's supposed to care about, double checked it before sending, felt it was a suitable thing to say to a teenage girl, but it's ok because he knows he's an asshole, and he's sorry? No no no. We're not having that. Who is this tool and where does he live?

But Katie had no time for his awful comments and neither did the internet. After Katie confirmed to her ex that yes, he was in fact an asshole, she uploaded the screenshots to Twitter and captioned the post "boy, bye". (You can always rely on at least one Beyonce lyric to get you through a breakup, can't you?)
​

And the Twittersphere had her back:

SHE'S TOO HOT FOR YOUR UGLY ASS ANYWAYS https://t.co/XOFPy1ccoE

to all the ladies with cellulite , you cant spell cellulite without U LIT https://t.co/bb7lxy8F0z

You're gorgeous, he doesn't deserve you!!💖 https://t.co/3TkvLBt0FJ

Katie told Babe that this wasn't his first dig at her and he was often critical of her appearance."He always kinda made small comments like he doesn’t like my make up or my tattoos. But the text just was my breaking point."

But Katie knows better than to let herself be affected by his comments, and advises other girls to do the same: "Don’t ever take what they say to heart. Every girl isn’t built the same. It shouldn’t matter how much someone weighs or how they look, as long as they’re healthy and comfortable with the way they look."

What do you make of this guy? Let us know! @sofeminineUK