by Helen Turnbull Published on 2 May 2017 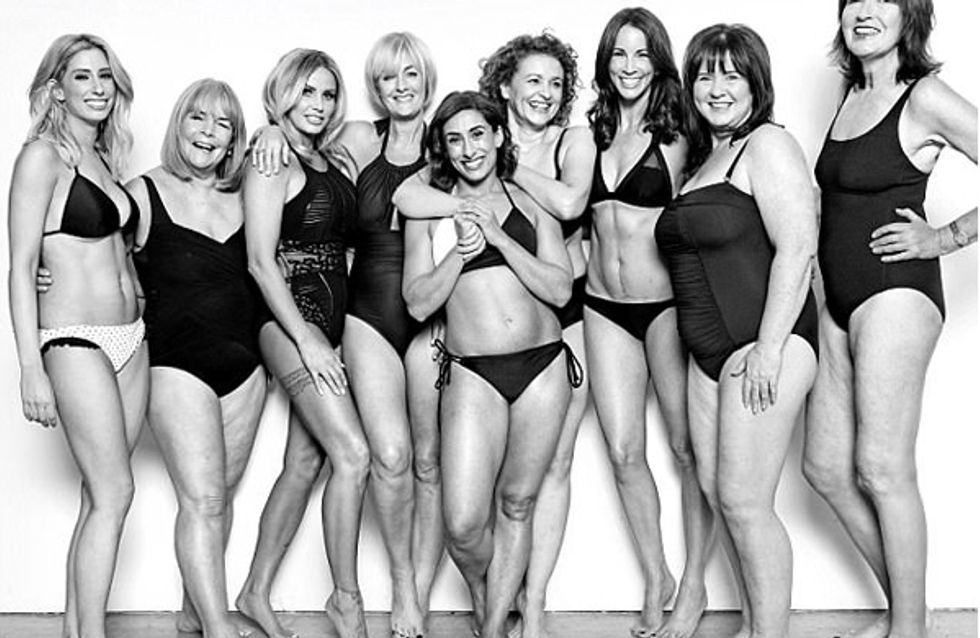 We're hailing the Loose Women ladies our new heroes after the panel stripped down to their underwear for a new, body-positive campaign and it may just be our favourite one yet. The line-up includes everyone from 70-year-old journalist Janet Street-Porter to former glamour model, Katie Price, 38, but they all have one thing in common - body confidence. What's so admiring about the shoot, which is being used to launch the Body Stories initiative, is the fact the women's bodies haven't been airbrus

The Loose Women are encouraging women everywhere to embrace their bodies, in all their natural glory, by doing just that. Janet Street-Porter, Nadia Sawalha, Linda Robson, Katie Price, Saira Khan, Coleen Nolan, Andrea McLean, Stacey Solomon and Jane Moore have stripped down to their underwear to bare their bodies, warts and all, without so much as a sniff of of an airbrush.

The body-confident campaign features nine regulars on the daytime-TV panel dressed in their underwear, filter and retouch-free and they couldn't look happier. The iconic image is being used to launch Body Stories - a body-confidence initiative, which the women hope will inspire the female population to feel proud of their bodies and "not apologetic", and a retaliation against unrealistic body ideals.

Talking about the motivation behind the campaign, Street-Porter wrote in her MailOnline column: "We’re all so sick of pictures of women being photoshopped into ‘perfection’ that the campaign slogan on the poster reads: ‘Look, but you can’t retouch’."

The outspoken broadcaster went on to reveal she, understandably, felt apprehensive about the shoot but knew she had to go through with it to "fly the flag for older women". Her parting message for fellow females, read: "Don’t be brainwashed by the fake images of women that surround us. Real women look like we do — we all just need to enjoy it more."

The Loose Women Body Stories images will appear on billboards up and down the country as the ladies ask their viewers to share their personal body battles on the show after a survey ran last year revealed a staggering 97% of their audience weren't happy about what they saw when they looked in the mirror. Viewers are encouraged to use the hashtag #MyBodyStory on social media while tuning in from Tuesday 2 May. The panel will share some of these anecdotes live on the show in the hope of starting a successful body-positivity movement.