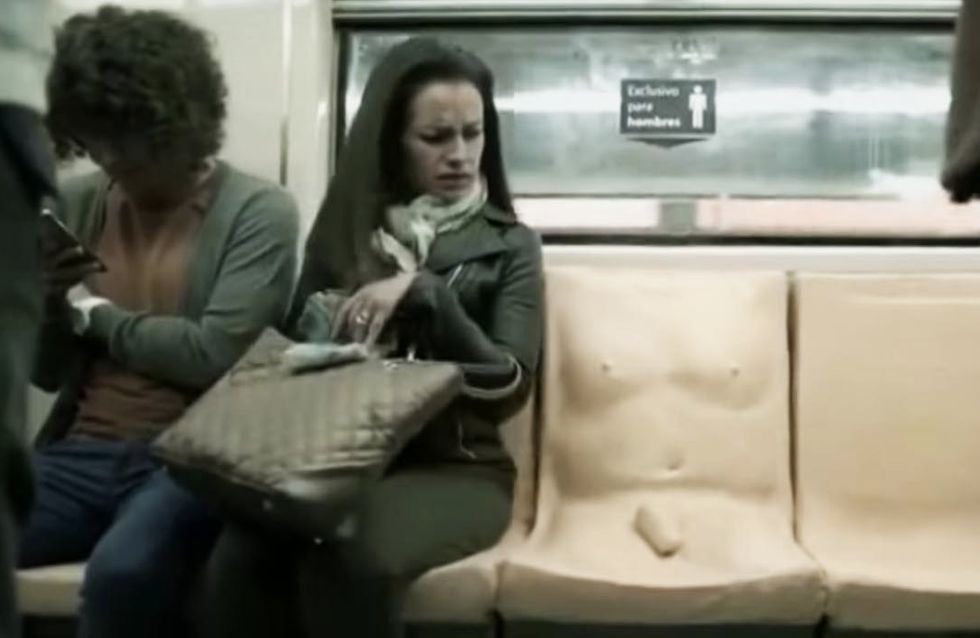 Mexico City have installed a penis seat on one of their trains in order to raise awareness for the huge number of women who are victims of sexual violence in the country's capital. And if the chair shocks you, then you'd better prepare yourself for the shocking statistics that come with it.

Mexico City is getting creative in their attempts to stop sexual assault in the city. This month, the capital's Metro system installed a 'penis seat' in one of the cars. The seat does what it says on the tin - it is literally a seat that is moulded into the shape of a man with a penis attached.

The video, supposedly filmed in secret, sees unsuspecting commuters sit down on the seat, only to be shocked by the semi-erect peen they find themselves perched upon. Some people look on confused or horrified, while others mess around and try to push their mates into the seat. On the floor, in front of the chair a sign reads "It's uncomfortable to sit here but it doesn't compare with the sexual violence that women suffer in their everyday lives. 9 out of 10 women in Mexico City have been victims of some form of sexual violence."

While it's kinda quirky, the point of the chair is to raise awareness for the staggering amount of women who experience sexual assault in the country's capital. And if it takes a shock-factor penis seat to do that, then we're all for it.

What do you think of Mexico's penis seat? Let us know! @sofeminineUK

'Today I Shared One of My Deepest Secrets': Lady Gaga Reveals PTSD Battle after Being Raped as a Teenager