by Pascale Day Published on 1 December 2015 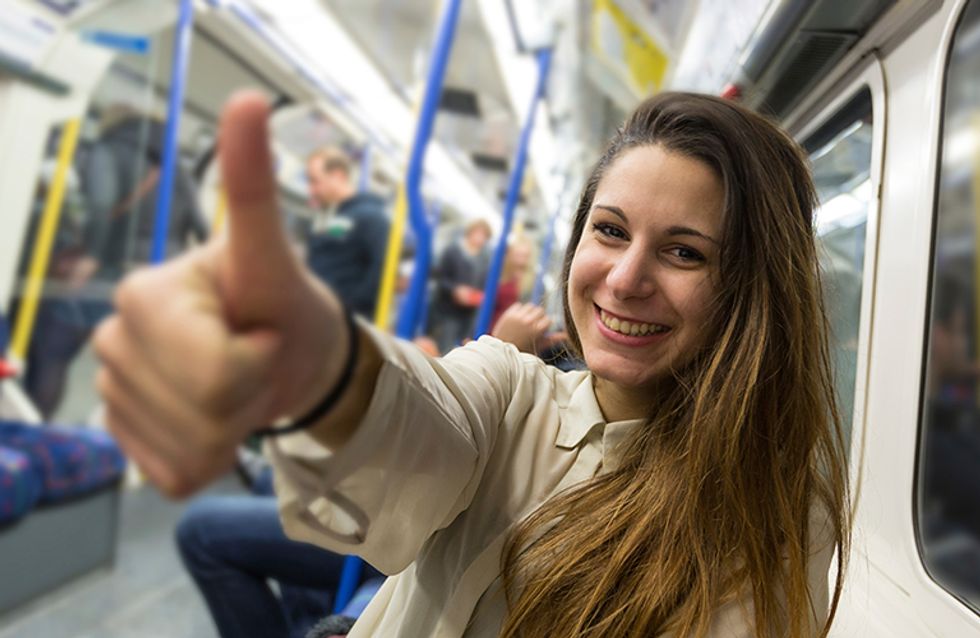 As if our morning commute wasn't stressful enough, now we have to deal with a bunch of d*cks who think it's their prerogative to print off a load of fat-shaming cards and hand them out to women on the train who they deem are 'overweight'. And you thought all you had to deal with was someone's armpit in your face.

Kara Flourish was on the train at Oxford Circus when a man handed her a card and got out of the carriage. On one side, the card said the word 'fat' in big, bold letters. The other side was entitled 'Overweight Haters Ltd' in green font, followed by: 'It's really not glandular, it's your gluttony...', and a sad speech aimed to shame:

​“Our organisation hates and resents fat people. We object to the enormous amount of food resources you consume while half the world starves. We disapprove of your wasting NHS money to treat your selfish greed. And we do not understand why you fail to grasp that by eating less you will be better off, slimmer, happy and find a partner who is not a perverted chubby-lover, or even find a partner at all.

​“We also object that the beatiful pig is used as an insult [sic]. You are not a pig. You are a fat, ugly human.”

Kara posted the card on her social media channels in order to spread the word and encourage others to share their outrage. She said of the incident:

“I am not upset myself, I am smaller than the national average and not exactly obese, but this is hateful and cowardly and could potentially upset people struggling with confidence and eating disorders. Please tweet and share this if you are also outraged. Plus- to the person who wrote this card, go back to school, you can’t spell beautiful.”

First of all, I think it's safe to say that we can't trust 'advice' from someone who doesn't spellcheck before heading to the printers. Second of all: 'Ltd'? Is this an attempt at being authoritative, or have these guys actually registered this as a limited company? Either outcome is equally as stupid.

It is obvious that, whilst a lot of time and effort has gone into making these cards, very little research has gone into it. There is so much wrong with this card, morally and factually, that it would take all day to list everything. But whilst it may be important to know that the majority of NHS's money is not spent on treating 'selfish greed', and that by going on a diet you aren't going to solve the world's problem with famine, what is more clear to us is that these guys need to get out and try a real hobby, instead of trying to make women feel bad about themselves.

I mean, just imagine it for a sec: this guy, this one man 'organisation', full of resentment, just sitting in the dark of his mum's basement. He's brainstorming the best way to get his point across. He does an evil cackle and claps his hands with glee when he comes up with the '​beatiful pig' insult. His mum calls him up for dinner before he has time to choose font sizes. After dinner he returns to his desk, happy, full of turkey dinosaurs and potato smileys, and chooses which shade of green he wants 'Overweight Haters Ltd' to be. He puts the request through on Vistaprint and settles in to another night alone. So. Now who's really the unhappy one?

Police are now investigating 'Overweight Hater Ltd' and have asked those who have been handed cards or seen cards being handed out to contact them:

Navabi Fashion has also offered Kara the chance to pick an outfit from their range worth up to £500. And we all know retail therapy is the best remedy ​for sadness.

What do you think of 'Overweight Haters Ltd'? Come vent some anger with us: @sofeminineUK

This article was written by Pascale. Follow her here: @Pas__

This Body Confidence Campaign Gets It SO Right!