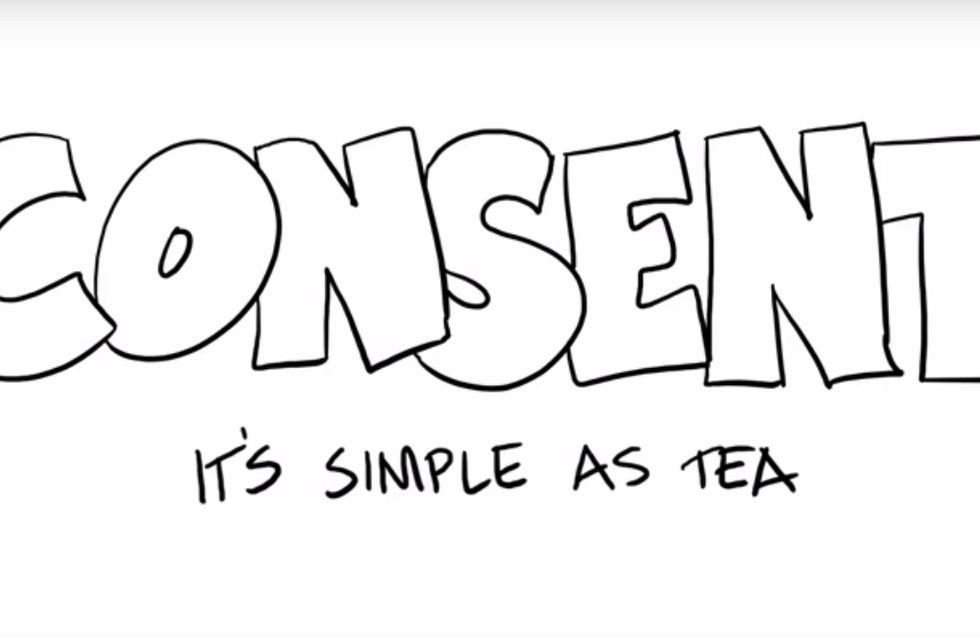 Thames Valley Police have launched a Youtube campaign that uses a cup of tea as an analogy for sexual consent, which is both great and depressing at the same time...

This use of a cup of tea as an analogy for sexual consent goes back to earlier this year, when writer Emmeline May wrote a piece for The Huffington Post entitled Consent: It's As Easy As Tea. It contains the following quote:

"You say 'hey, would you like a cup of tea?' and they go 'omg fuck yes, I would fucking LOVE a cup of tea! Thank you!*' then you know they want a cup of tea.

"​If you say 'hey, would you like a cup of tea?' and they um and ahh and say, 'I'm not really sure...' then you can make them a cup of tea or not, but be aware that they might not drink it, and if they don't drink it then - this is the important bit - don't make them drink it.

"You can't blame them for you going to the effort of making the tea on the off-chance they wanted it; you just have to deal with them not drinking it.

This was a cool way to translate sexual consent to the masses. The Thames Valley Police Sexual Violence Prevention Group have now adopted the analogy in their new Youtube video, created by Blue Seat Studios, which animates Emmeline's speech. The video is part of their #ConsentIsEverything campaign.

“The campaign is just one of the ways in which Thames Valley police has been working with our partners within Thames Valley Sexual Violence Prevention Group to support people affected by sexual assault and rape,” Detective Chief Inspector Justin Fletcher told The Guardian.

The video explores consent in an interesting and universally recognised way, but is a depressing reminder that we still need to remind people of what constitutes sexual assault. As Alison Saunders, head of the #ConsentIs sexual awareness hashtag, says: "Sexual consent is simple. We should all be clear what constitutes rape."

What do you think of the new campaign? Let us know! @sofeminineUK

This Girl Shames Disgusting Online Creeps In The Best Way