by Ursula Dewey Published on 20 February 2014 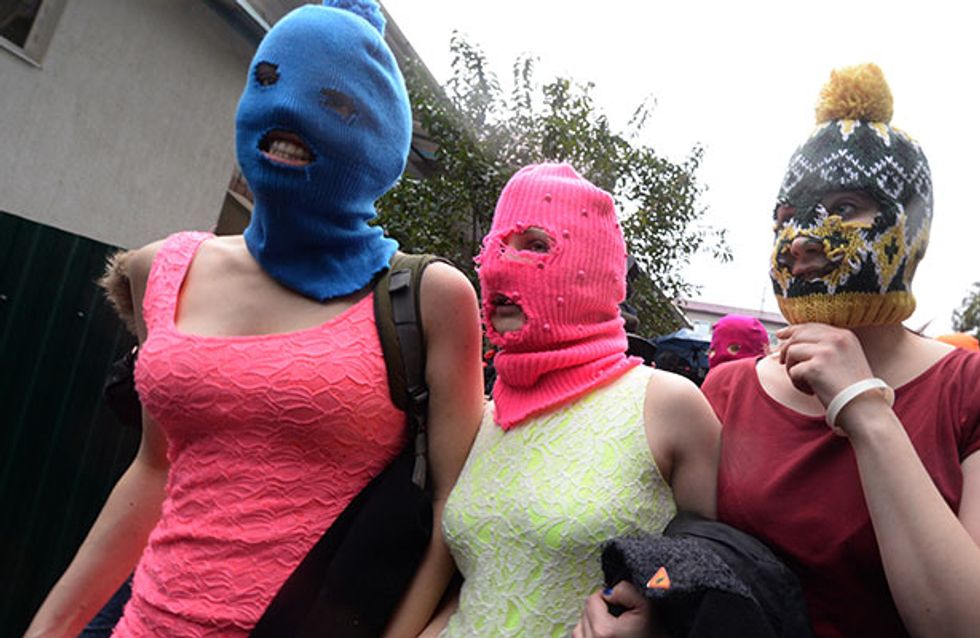 Russian punk band Pussy Riot might have been bloodied with horsewhips by Cossacks in Sochi this week but that hasn't stopped them from releasing a provocative music video to go with their latest song, Putin Will Teach You How To Love The Motherland. Featuring footage of their arrest, the band members getting violently beaten and the chaos at the Sochi Winter Olympics, the music video is just as powerful as the lyrics of their song.

Watch the video here and see the translated lyrics below:

Lyrics for Putin Will Teach You How To Love The Motherland

$50 billion and a rainbow ray
Rodnina and Kabayeva will pass you the torch
They'll teach you to submit and cry in the camps
Fireworks for the bosses. Hail, Duce!
​
Sochi is blocked, Olympus is under surveillance
Special forces, weapons, crowds of cops
FSB - argument, Interior Ministry - Argument
On [state-owned] Channel 1 - applause.

Putin will teach you to love the Motherland.

In Russia, the spring can come suddenly
Greetings to the Messiah in the form of a volley from
Aurora, the prosecutor is determined to be rude
He needs resistance, not pretty eyes

An bird cage for protest, vodka, nesting doll
Jail for the Bolotnaya [activists], drinks, caviar
The Constitution is in a noose, [environmental activist] Vitishko is in jail
Stability, food packets, fence, watch tower

Putin will teach you to love the Motherland