by Vivian KELLY Published on 21 February 2014 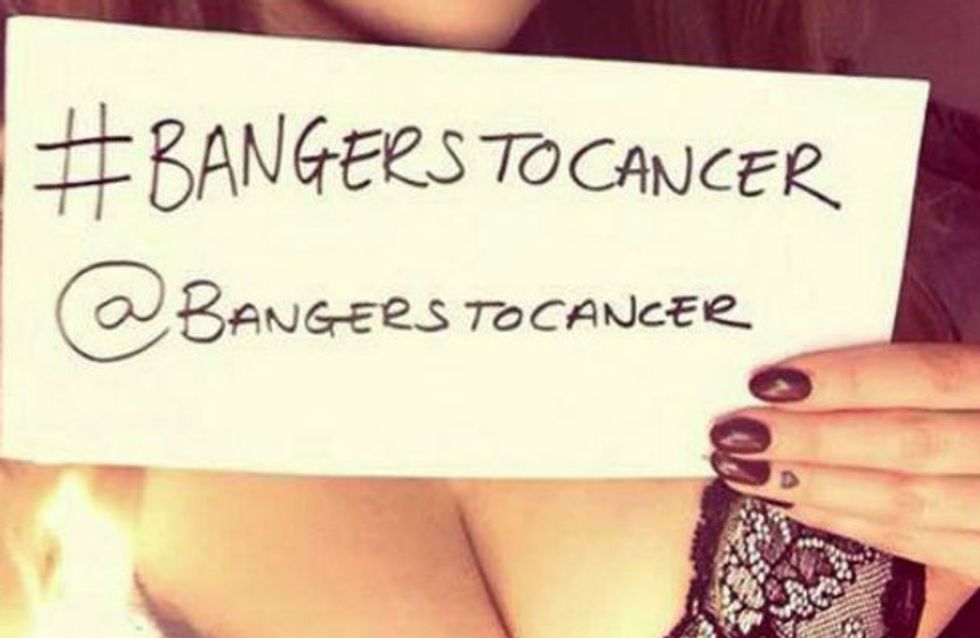 Women are finding more ways than one to put their boobies to good use. As women swap booze for breasts they've gone from photographing their nips for NIPnominate and now they're putting their assets to even more charitable use. The rage of late? Bangers To Cancer where women are pulling off tops to raise money for charity.

Bangers To Cancer was started by Michelle Kent, 35 as a way of shaming neknominatiing and putting good into social networking games by raising awareness of breast cancer.

Women across the country are pulling off their tops and snapping a quick selfie while holding a sign with the group’s JustGiving page.

​Participants are asked to post the breast revealing photo on Facebook and nominate three other women to do the same.

Michelle kent is fundraising for @bccare on @JustGiving. Show your support http://t.co/dlPR2A1cUh

#bangerstocancer is such a fantastic cause and fab idea! I got my bangers out and encourage you to get yours out! pic.twitter.com/5wdfTA4Nq9

Bangers To Breast Cancer founder, Michelle said: “In the first week along we have managed to raise over £1,100.

“Every day the amount raised is growing as the number of people that have posted pics, donated and nominated has grown.”

Even celebrities are joining the new craze with models Brandy Amy Brewer and Elinor Weedon showing their support.

So instead of downing booze show off your curves and help raise funds for the cause!

In the name of cancer will you dare flaunt your breasts? Tweet us @sofeminineUK #bangerstocancer