by Pascale Day Published on 9 August 2017 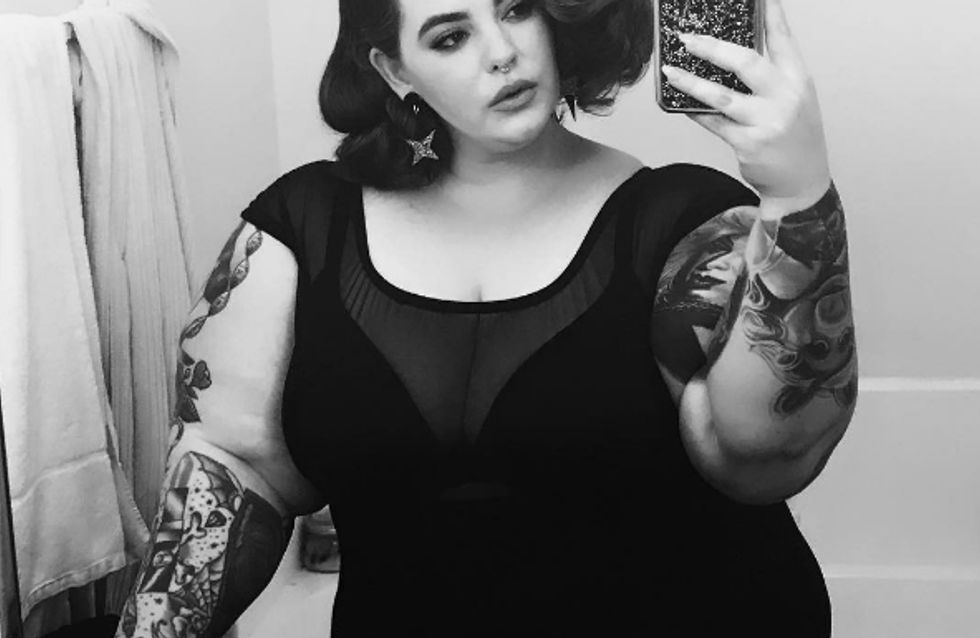 Robbie Tripp's Instagram pic dedicated to his 'curvy wife' made the Internet hella mad mostly because of the congratulatory nature of the post, namely the bit where he brings up being "teased by my friends for my attraction to girls on the thicker side". Poor Robbie, you guys! But the people of Twitter came for Robbie and came for him fast - particularly plus-size model Tess Holliday.

Remember Robbie Tripp? He's that guy who wrote a lengthy Instagram ode to his "curvy wife" in which he stated that feminism has taught him not to be ashamed of fancying curvy women.

|| I love this woman and her curvy body. As a teenager, I was often teased by my friends for my attraction to girls on the thicker side, ones who were shorter and curvier, girls that the average (basic) bro might refer to as "chubby" or even "fat." Then, as I became a man and started to educate myself on issues such as feminism and how the media marginalizes women by portraying a very narrow and very specific standard of beauty (thin, tall, lean) I realized how many men have bought into that lie. For me, there is nothing sexier than this woman right here: thick thighs, big booty, cute little side roll, etc. Her shape and size won't be the one featured on the cover of Cosmopolitan but it's the one featured in my life and in my heart. There's nothing sexier to me than a woman who is both curvy and confident; this gorgeous girl I married fills out every inch of her jeans and is still the most beautiful one in the room. Guys, rethink what society has told you that you should desire. A real woman is not a porn star or a bikini mannequin or a movie character. She's real. She has beautiful stretch marks on her hips and cute little dimples on her booty. Girls, don't ever fool yourself by thinking you have to fit a certain mold to be loved and appreciated. There is a guy out there who is going to celebrate you for exactly who you are, someone who will love you like I love my Sarah. || photo cred: @kaileehjudd

Poor Robbie also said that he was teased as a young'un for fancying thicker women, but after educating himself he realised that it was acceptable, socially or not, to like larger ladies. Good job, Robbie!

We can all appreciate that this was a seemingly well-meaning post to show appreciation to his fashion-blogger wife, Sarah Tripp but it was a terribly misguided post which got the web all riled up, sparking some great debates and even greater burns:

I love this woman and her curvy body. As a teenager, I was often teased by my friends for my attraction to girls on the thicker side, ones w pic.twitter.com/j7a6NOp8UJ

People are applauding this man for loving his wife unconditionally like they applaud Trump when he gives a speech without insulting anyone. https://t.co/Bh7E4tGmyD

strong contender for least fave type of male feminist is "man who thinks liking a curvy woman is revolutionary" pic.twitter.com/BzDhhiSHNA

But then the Internet welcomed Tess Holliday into the ring, ready to take names and kick some self-congratulating ass. If you don't know Tess, she's kind of a big deal. Not only is she a successful plus-sized model, but she's also an advocate for plus-size ladies, for whom she runs the #EffYourBeautyStandards campaign.

💯💯💯💯This is so real. Stop giving men trophies for doing the bare minimum. Also I'm not here for someone who says transphobic things. 🚫🏆🙅🏻 #effyourbeautystandards #transwomenarewomen

The second part of Tess' post refers to a tweet Tripp posted in 2015, referring to Caitlyn Jenner coming out as transgender. "Born a Bruce, always a Bruce," wrote Tripp. Sounds like a real cool guy.

What do you think of Tess's clap back? Let us know @soFeminineUK