by Vivian KELLY Published on 22 October 2014 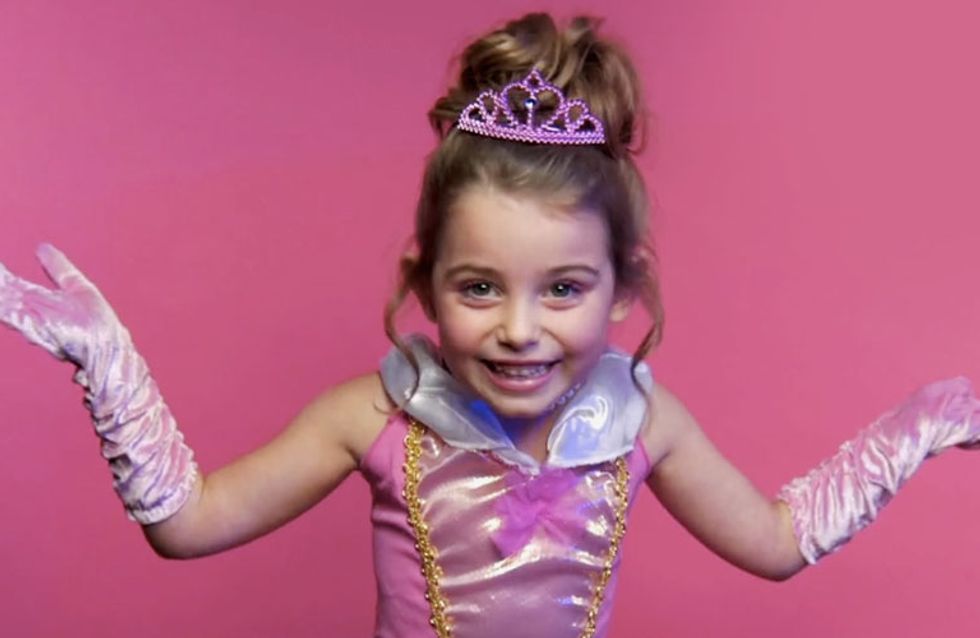 Little girls swearing in the name of feminism? This is probably the best damn video we’ve seen in a while...

These little girls know how to get their message across.

The powerful video produced by FCKH8.com aims to highlight inequality and sexism against women and girls.

The so-called “Potty-Mouthed Princesses” aged between 6 and 13 are so fierce it's actually shocking (in a good way obvs)! The video shows the young girls dolled up from head to toe in standard princess costumes, but don't let their full face of make-up, sassy attitudes and F-bombs shock you, think about the message they’re trying to bring across.

The girls highlight the fact that what we should be offended by is how women are being paid 23 percent LESS than men in the workforce - for doing the same exact job. Why? Because we don’t have a penis! And that is NO excuse.

Meanwhile 1 in 5 women are sexually assaulted or raped yet all society cares about is how we dress. The video is a true wake-up call for society.

By getting these young girls to get f**king angry about some pretty standard human rights, it makes you question what does the future look like for women and girls.

Time to manifest some change.​​

We have to admit it is pretty shocking hearing these angelic girls swear like troopers, but don’t be offended by the curse words, be offended by the reality women face each and everyday.Their question to us. "What's more offensive? A little girl saying a swear word or the sexist way society treats girls and women?".

If little girls like this are stepping up to feminism I think it's time we take a stand now too. Ladies, join us in the fight for feminism and help us get society to clue up on the realities of inequality.

If you're keen to support the campaign buy FCKH8.com’s new T-shirts that say “Girls Just Want To Have FUN-damental Rights”. All proceeds going to various charities that support the cause. We're all for it!

Check out some of the world’s reactions...

This "F-Bombs for #Feminism" with little girls in princess outfits @FCKH8 video is hilarious and bloody brilliant! http://t.co/RHrYk05CDK

EVERYONE NEEDS TO WATCH THIS 😂 http://t.co/d9g6AhrKch

powerful video by @FCKH8 had me covering my mouth in shock the whole time http://t.co/a108MQNzxD

Are you gonna take a stand? Tweet us @sofeminineUK!