The #YesAllWomen's Manifesto: How The World NEEDS To Change Post-Elliot Rodger 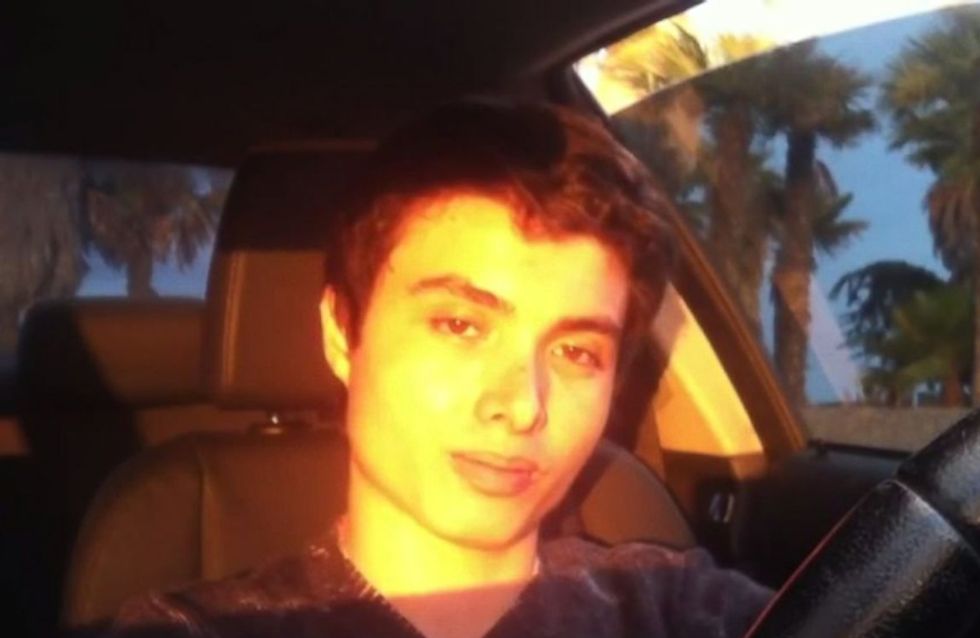 There’s a 141-page manifesto going around that details why women caused a 22-year-old educated and extremely privileged man to kill six people and injure thirteen others. Why something that inflammatory is easily accessible to the public so close to the crime is another question for another day, but it does allow us to get a glimpse into what deformed misogyny and sexism can do to a man.

​"You girls have never been attracted to me. I don’t know why you girls aren't attracted to me, but I will punish you all for it. It's an injustice... I don't know what you don't see in me. I'm the perfect guy and yet you throw yourselves at these obnoxious men instead of me - the supreme gentleman."

Elliot Rodger, the UCSB shooter, was sick. His ideas for women, which chillingly echo the Final Solution, are sick. However, if you scroll down to the comments section of a news site covering the story or brave the Isla Vista hashtag on Twitter, the number of people who blame women for indirectly causing the rampage because they “friendzoned” Rodger is shocking.

It’s a scary confirmation of my fears as a woman who is sexually-harassed every day that somehow these men that berate me, chase me, leap from flattery to anger when I don’t respond in kind believe that I owe them sex simply because I am a woman. That fury is a dangerous, dangerous thing when it goes unchecked.

Every woman has experienced a man call her a slut or whore after she rebuffs or ignores his “compliments.” Every woman has felt a man's irrational sense of entitlement to her body. Personally, that abrupt switch into total outrage seconds after telling me I’m gorgeous has always frightened me. My first thought is, "Wow, he got so enraged?" My second thought? "Get away from this man. Now."

Before you deem me a man-hater, I truly believe the Ellliot Rodgers out there are rare. However, I do think many men, like Rodger, have grown furious when a woman decides she does not want him...and apparently I'm not the only one.

Users are currently sharing stories of their encounters with entitled misogynists, sexual assault, and constantly feeling unsafe under the hashtag #YesAllWomen.

Thanks to those tweets, I realised that in a few days' time, women and men have come together to describe what their hopes are for a Post-Elliot Rodger world - one where we all work side-by-side to end oppression and fear over sexual violence. Here is the #YesAllWomen's manifesto:

I hope to live in a world where...

...a woman can wear whatever she wants without judgment.

Because being told to "cover up" made me ashamed of my body at 12, when grown men should've been ashamed of sexualizing a child #YesAllWomen

..."manliness" is not defined by how many women a man sleeps with.

Rodger's perception of himself as a loser because he was a virgin was undoubtedly caused by pressure he felt from society that insists a real man has sex with lots of women, but wouldn't it be amazing if a real man is someone who respected a woman's right to say no and was not angered by it?

...a woman's sexual history is not used as justification for sexual assault or rape.

#YesAllWomen because rape is the only crime in which the victim is on trial.

...bystanders ACT when they are witnesses to sexual harassment or rape.

"Non-Misogynist" Men: "If you are neutral in situations of injustice, you have chosen the side of the oppressor." Desmond Tutu #YesAllWomen

...women do not have to worry about protection when walking home at night.

...parents and teachers teach boys that women are individuals and not objects to be owned.

Because I'm raising a son. Respect, admiration, and appreciation instead of anger, contempt, and entitlement. #YesAllWomen

As women we are told how to not get raped ("Don't wear that skirt!" "Don't drink too much!" "Don't lead him on!"). It's time that young men are given lessons in how to treat women with respect and realise that those overly-sexualized images of us in the media - the women who are always up for sex - are NOT REAL.

...rape victims aren't silenced or ignored out of fear.

Bc Mandy Boardman was told to forgive the husband that drugged & raped her for 3 yrs. He serves no jail time for his 6 felonies #YesAllWomen

...men join the fight against sexism because it affects them too!

The fact is, Elliot Rodger was compelled to go on a shooting rampage because of his perceived rejection from women. In his manifesto, he writes, "“Not getting any sex is what will shape the very foundation of my miserable youth. This was a very dark day.”

While the victims' families reel from the horror of losing loved ones or face the reality of potentially crippling injuries, we as a society have to take a hard look at the values we celebrate in our culture that would allow a man to hate women so intensely that our annihilation is the only way he could reconcile his anger.

What would you add to the manifesto? Tweet us @sofeminineUK!