Two Girls Are Banned From Flight For Wearing Leggings 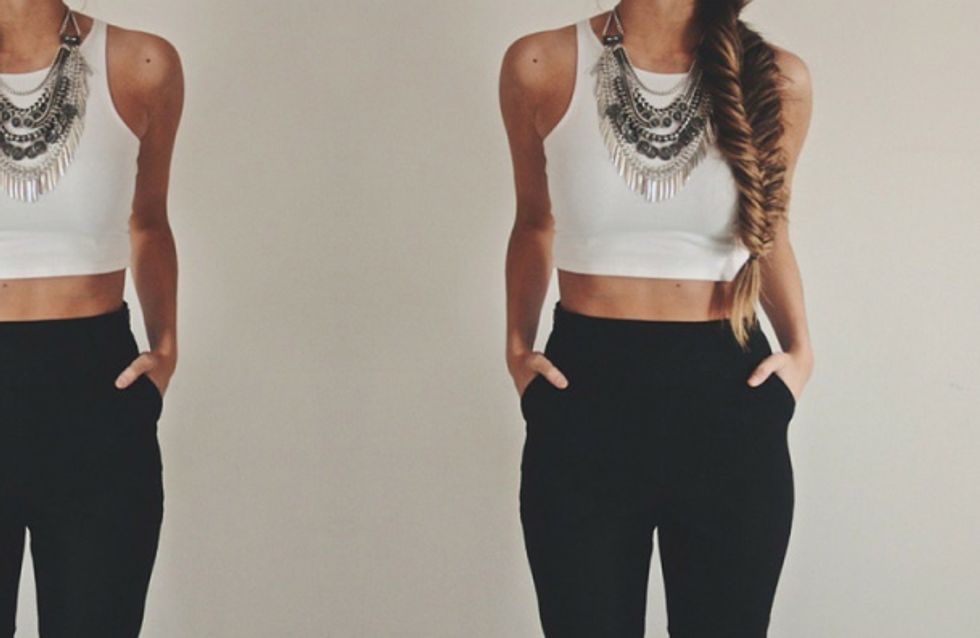 And today in sexist news that makes no sense: a United Airlines agent stopped two girls from flying because they were wearing leggings. In a series of tweets, one witness describes seeing the girls stopped from boarding the flight until they changed into something they deemed more appropriate.

When flying anywhere, the number one sartorial rule is that comfort is a priority. So we here at SoFem are still trying to understand what United Airlines have against the most comfy bottoms of all time, the humble legging. The Cut reported that Twitter user and activist Shannon Watts, who founded Moms Demand Action, tweeted on Sunday that she witnessed a gate agent for the airline preventing two teen girls from boarding the flight whilst wearing leggings, insisting they either changed or put clothes over the top of what they were wearing.

1) A @united gate agent isn't letting girls in leggings get on flight from Denver to Minneapolis because spandex is not allowed?

The airline has since responded to Watts via Twitter, stating that the company "have the right to refuse passengers who are not properly clothes via our Contract of Carriage," and that that right "is left to the discretion of the agents." In a series of later tweets, they said that "Casual attire is allowed as long as it looks neat and is in good taste for the local environment. The attire of the pass traveler did not meet our rules."

@shannonrwatts In our Contract of Carriage, Rule 21, we do have the right to refuse transport for passengers who ... https://t.co/52kRVgaCyb

According to The New York Times, United airlines further explained that the girls banned from boarding the plane because of their leggings were "pass travellers," meaning that they were family members of a United Airlines employee. As such, the airline explained that there is a separate dress code for these passengers that prohibits ripped jeans, flip-flops and, of course, spandex leggings. Jonathan Guerin, United spokesperson, explained: "It’s not that we want our standby travellers to come in wearing a suit and tie or that sort of thing. We want people to be comfortable when they travel as long as it’s neat and in good taste for that environment."

We're still not entirely sure what it is about leggings that do not meet United Airlines' rules. Every woman has the right to wear comfortable clothes on a flight, right? No matter if you're affiliated to the staff or not. One thing's for sure - if they ever ban elephant pants we'll never fly again.

What do you make of this ban? Let us know! @sofeminineUK