Home / Women in Focus / Key debates / Turns Out, Women's Periods DON'T Sync When They Live Together 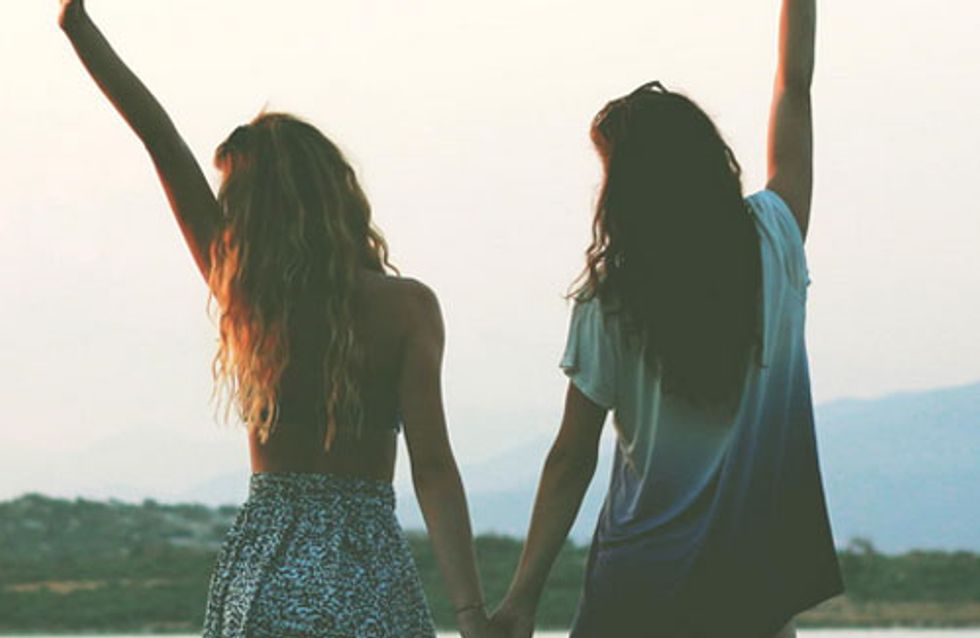 Ladies: remember this day, because it is the day you realised everything you know is a LIE. Apparently a new study has revealed that women's periods don't actually sync up when they live together. Apparently that's just coincidence. Apparently.

Hell hath no fury like a woman on her period. So when we heard that someone was trying to tell us that, when we live with a bunch of our girlfriends our period sync-up is nothing but a big coincidence and not because we're best buds, it made us want to rip all our clothes off because is it not stifling hot in here and scream "YOU DON'T KNOW OUR BODIES!"

​But unfortunately studies don't lie, and so our menstrual rage must be redirected to our boyfriends who have most likely done nothing wrong. ​The news comes from research conducted by Oxford University and period tracker app Clue, who chose 360 pairs of women who used Clue to track their periods. Each pair had some sort of close relationship, be it friends, siblings, roommates, partners, close colleagues or mother-daughter duos. Around one-third of the women lived together, whilst the rest lived in close proximity to each other.
​

The study examined at least three consecutive cycles from the women - and this is where it gets interesting. According to The Guardian, rather than see each pair's periods syncing up, they found that women's periods were more likely to diverge than come together over time. That's not to say that everyone's periods diverged though; researchers found that while 273 of the pairs began to differ, 79 pairs saw their periods begin to sync.

The study by Clue isn't actually the first of its kind to shed doubt on the syncing of menstrual cycles. A 1991 study from Missouri University showed that 132 sorority members and their roommates found their periods diverged over time, whilst research in 1993 from New Mexico University of around 30 lesbian couples did not find any evidence of period synchronisation.

Despite this, we women still like to think that our periods sync up with our closest lady friends: a study published in 1999 revealed that 80% of women believed in menstrual synchronisation and 70% said they enjoyed it.

So why do we continue to believe that our periods converge despite evidence to the contrary? Well, maybe it's just something that makes us feel less shitty when we're knee-deep in menstrual hell. It's nicer to believe that the woman we're sharing a 6-pack of Creme Eggs with is so close that our bodies are in tune rather than giving in to the reality that it's pure coincidence. We already have to bleed heavily from our vaginas once a month for the majority of our lives - just let us have this one, okay science?

What do you think of this devastating news? Let us know! @sofeminineUK