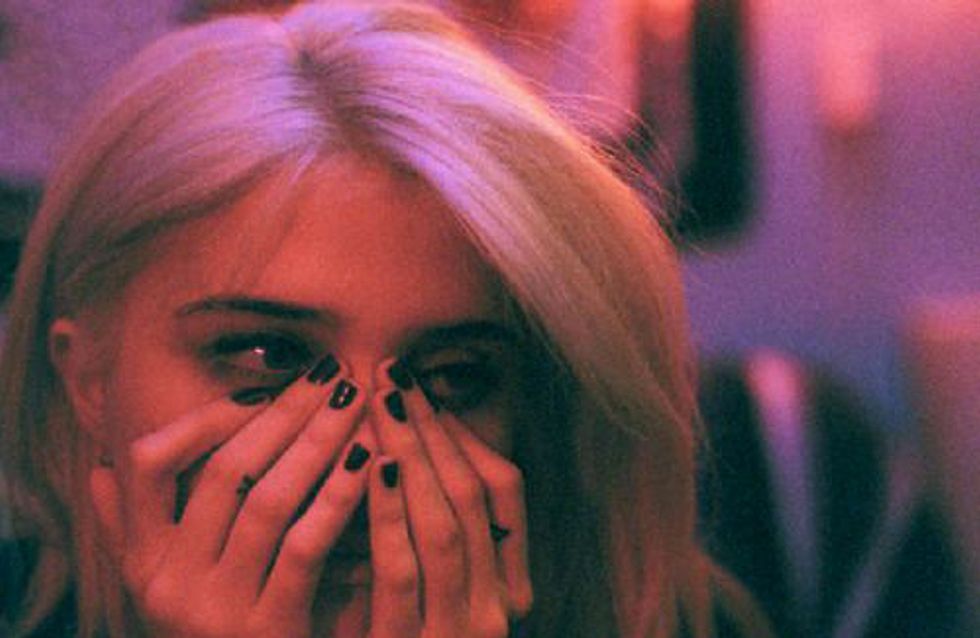 Chapman, 26, headed to her local Talking Heads salon in Doncaster to get some semi-permanent eyelashes applied, where she had been going for the treatment for the last three years. But something was different about this application, after she claims that her eyelashes were glued on with nail glue.

In a Facebook post, she wrote: "I've had my eyelashes done by Talking Heads and I've never been so disgusted in my life. They don't look anything like the pictures so don't believe their lies on Facebook.

"Today, I've had my eyelashes physically glued together with NAIL glue by an unqualified member of staff. I've just spent the last hour in another salon trying to get them removed and the lashes were that SOLID from root to tip with glue that the lady has had to give up in the end and trim them down so I can at least open my eyes properly. As she was trimming them down, the scissors were physically bending under the solidity of the lashes.

"I'm absolutely gutted because the glue will not budge from my lashes - it's absolutely solid."

She went on to say that she had complained to the salon but that they hadn't been willing to deal with her complaint: "I complained to Pam (the owner) immediately when I saw the lashes and she told me to pay for them and come back tomorrow to let someone else do them. I told her to feel them, they're rock hard. I could barely open my eyes and she was not the slightest bit interested, all she cares about is money. I'm so, so angry."

The salon have since responded to the complaint, but are adamant that they didn't use nail glue on Ms Chapman's eyelashes.

"Miss Chapman has been a regular customer for the last three years. She is a valued customer and she would not have been coming down to us for this long if she was not always looked after," the salon told the Metro. "‘I can confirm that no nail glue was used. We only use glue that is specifically for eyelashes and our staff are fully qualified. We have known Miss Chapman for a long time and know how she likes her eyelashes.

We were made aware of the post and Miss Chapman’s eyelashes did not look like that when she left us. This particular occasion Miss Chapman choose to have Russian eyelashes instead of her usual cluster lashes. The only complaint made to us was about the style of lashes as they are quite different from the ones she is use to.

"We never asked to be paid and offered to change them because she is a long-term customer. Like we would do for any of our customers. However, Miss Chapman decided to go elsewhere despite us being willing to help make sure she left happy with her eyelashes. Why would we upset a customer who has used us for so long?"

We don't know how this dispute will end but one thing's for sure: we'll just stick to good old mascara for a while now, thank you very much.

Have you ever had similar trouble with your falsies? Let us know! @sofeminineUK

This Woman Asked For Round Nails & Immediately Regretted It