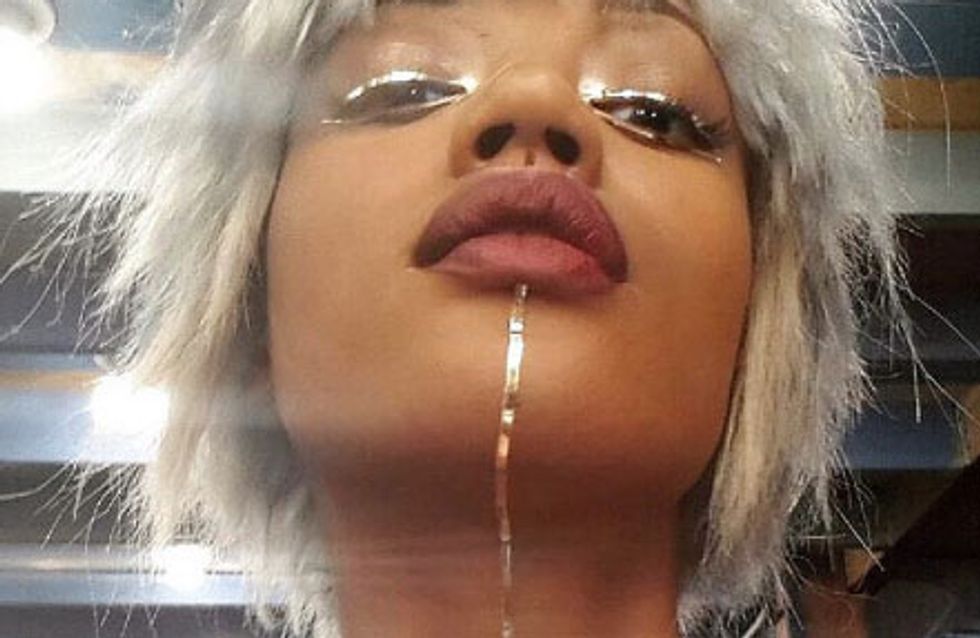 Time to throw out the black liner because eyeliner flicks just got a 2017-worthy make-over. First it was chrome nails, now comes chrome eyeliner and we're one step closer to being the most glamorous robots the world has ever seen.

Kim Kardashian's make-up artist Mario Dedivanovic recently Instagrammed a pic of the legend herself sporting a minimal metallic line in the centre of her bottom lip, but now celebrity make-up artist Michael Anthony has upped it one and we're already obsessed. Michael took the look one step further with his client Tinashe with a slick of the shiny silver across the lashline, like a cat eye from the future.

Michael told Marie Claire: "One simple element of flash to your make-up is so forward these days. There's so much product everywhere with highlighters and glitter, but instead you can have a simple taupe eyeshadow with a razor-sharp metal strip along the lashes that looks almost mechanical and precise. I love how it accentuates the eyes and acts as a backdrop for your lashes. It's perfect for a performer or anyone who likes to communicate with body language - a little wink or bat of the lash."

He then recreated the look on another model, but went on to add a long vertical line of metal all the way from the bottom lip to the chest. It's a simple but striking look - one that we can imagine is impossible to recreate. That won't stop us trying, though.

Will you be giving this new look a go? Let us know! @sofeminineUK