Dragon Brows Are The Spiky New Trend And Yes, They're Taking Over Your Insta 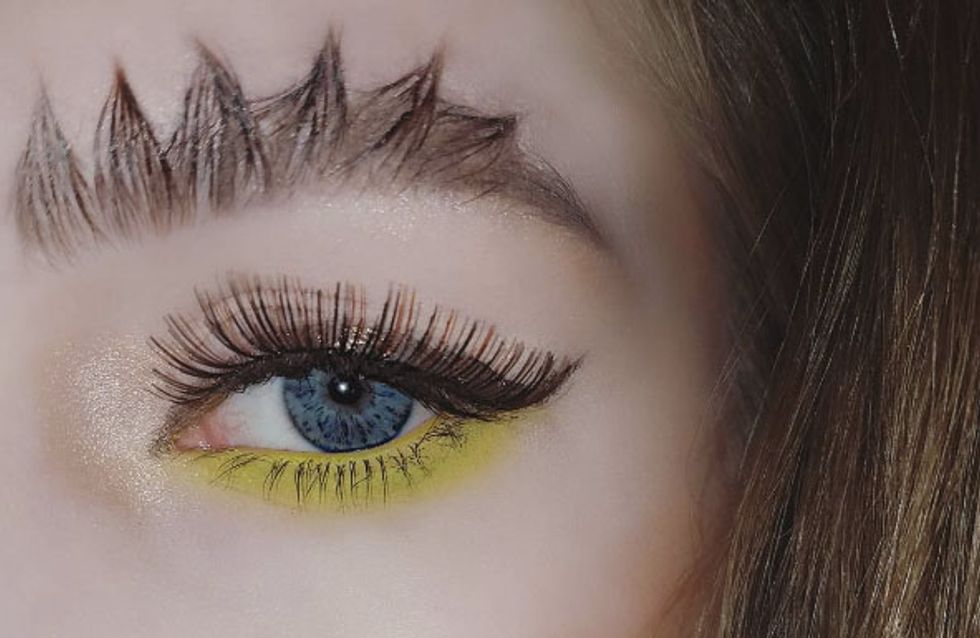 Forget sunset eyes and smudged lips, eyebrows are having their moment in the spotlight right now. After feathered brows and barbed wire brows, the arch above your eyes has taken a new spikier form, and we're totally into it.

Sick of brow trends yet? Well, we've got one more to add to the collection: dragon brows are the third brow hair manifestation we've seen in so many weeks. This one was started by @Harlibi, a 23-year-old self-taught makeup artist from Oregon, who says in her Insta caption that she was inspired by Stella Sironen, the MUA who started the trend with her delicate feather brows.

This quirky brow look involves sculpting the hair into tiny points so it looks like the spikes on the back of a dinosaur. Or Lisa Simpson's hair, whichever way you want to look at it.

☰DRAGON BROW☰ I don't know why my original caption disappeared but here's a second go 🤞 This is a weird brow look I did today. The eyelashes are by @elfcosmetics and they were a complete disaster - I definitely won't be purchasing these again but I was too lazy to change them today 😂I was inspired to do another fun, weird brow look after being inspired by the recent creations of @stella.s.makeup 😙 ***If you don't like this look, that's totally fine. It was a fun artsy-fartsy look so don't get your panties in a wad 😂 I do delete spam, rude, or useless comments in order to promote good conversation. Only good vibes are welcome here ✌ #dragonbrows #eotd #eyeoftheday #eyemakeup #eye #messy #featherbrows #eyebrows #beautytrends #cosmetics #fashion #fashionphotography #makeupartist #mua #glossyeyes #green #bblogger #makeupmafia #slave2beauty #lotd #motd #instamakeup #instabeauty #instaglam #glam #makeupporn #makeupbyme #colourpop #ilovemakeup #love

Inspo for the brows came from a rather unusual place, it turns out: "I was playing Skyrim on my Xbox, and the spines of the game’s dragons gave me the idea to spike my brows," @Harlibi told Allure. "So why not name it after the bold, mythical creatures?"

Whilst plenty of fans have been crushing on her brows, she also received plenty of backlash for the application of her false lashes - but it might surprise you to learn that this talented gal has been practising makeup for just three weeks and has only actually used false lashes around three times in her life, so let's cut this lady some slack, eh?

If you wanna try out this look for yourself @Harlibi says all you need to do it grab your spoolie and push all your hairs upwards, "followed by tiny, thin applications using a safe eyelash glue to hold them in place." Then, the next step is pretty simple, just brush "each section up into a spike and then move on to the next." Couldn't be easier, right?

Will you be giving this trend a go? Let us know! @sofeminineUK

Bird Feather Brows Are Here & They're Taking Over Instagram, Obviously