by Helen Turnbull Published on 25 April 2017 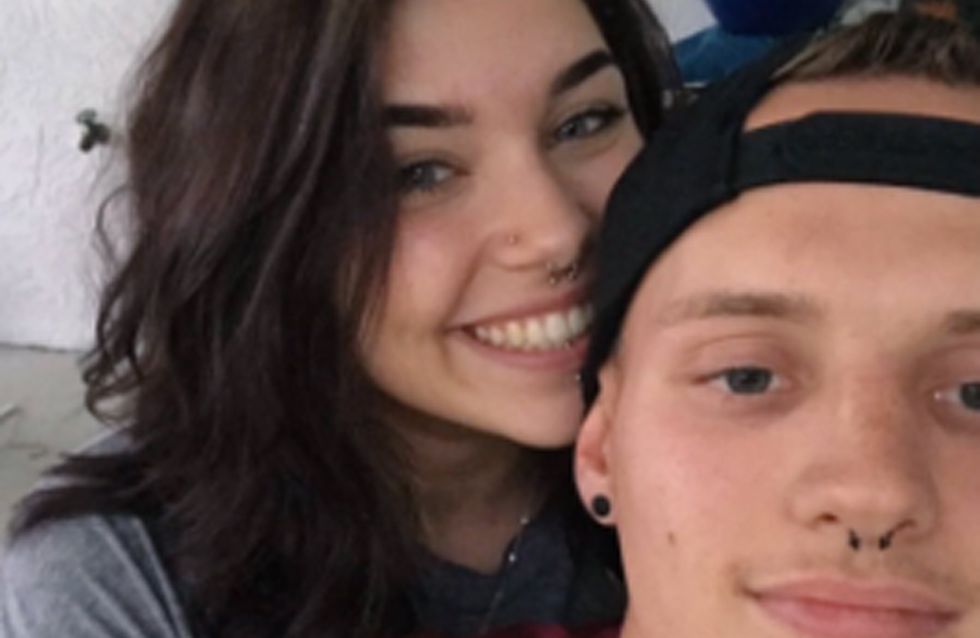 What's a girl to do when her beauty blender is nowhere to be seen? The normal, logical thing is to use anything that closely resembles your make-up bag staple. Rather than ruining one of her precious bras and using the silicone pad to apply her make-up or you know using an old foundation brush, Johnna Hines resorted to using her boyfriend's BALLS to blend her base and we can't cope.

Johnna Hines will forever be known as the girl who made beauty tutorials X-rated. The 18 year old from Central Florida is blowing up the Internet after she enlisted the help of her boyfriend's genitalia when applying her foundation recently. She shared video evidence of the 'romantic' ritual on Twitter and people are equally grossed out and entertained.

Johnna was messing around with her 20-year-old boyfriend Damon Richards when the horrifying but genius idea came to her. He was fresh out the shower so germaphobes can rest safe in the knowledge his balls were squeaky clean - so much so he started putting them on her head. Young love, eh?

"I made a joke about using them as a beauty blender and we literally just looked at each other and started laughing and made the video from there," the overnight star told Buzzfeed News.

i think i started a new instagram makeup trend pic.twitter.com/Hbx4XMLbrD

The reaction has been mixed with many rushing to @ Johnna on Twitter with their disgust, amusement or congratulations. Here's some examples:

I don't even like my husbands ball sack near my face as it is, let alone use it as a fucking beauty blender like are you alright? 😝😝😝😝

Why everyone so fuckin mad for?? Johnny was using her mans sack as a beauty tool/jokes. Intuitive and clever, props BITCH. pic.twitter.com/aV8bDkW0kq

why did i just watch a video of a girl using her boyfriends ball sack as a beauty blender pic.twitter.com/RSeK8zrt28

While she's received many a nasty tweet, the American teen couldn't be less bothered, tweeting: "I'm sad for the ppl who are genuinely upset about this because u clearly haven't reached this level of comfort in ur life and that just sucks (sic)."

Has Johnna inspired you to replace your beauty blender with your boyfriend's balls or is this a beauty balls up? Let us know @soFeminineUK

Why Oh Why Are Beauty Vloggers Using CONDOMS To Apply Their Make-up?