by Helen Turnbull Published on 5 July 2017 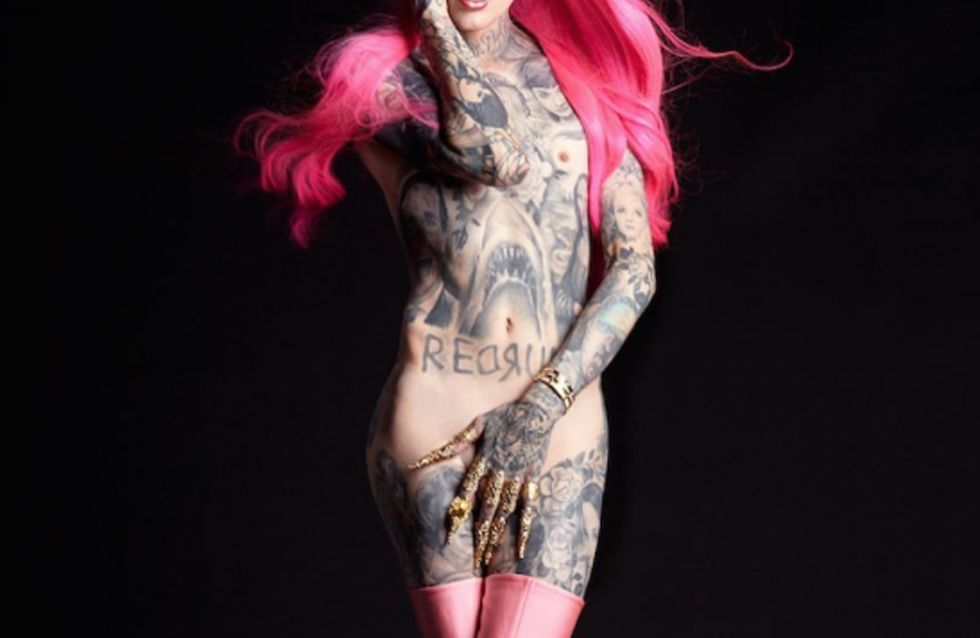 In today's the beauty-industry-knows-no-bounds news, I bring you a 'handy' hack that'll help men everywhere fake the size of their manhood without a viagra prescription. Enter: Jeffree Star i.e. the flamboyant singer-songwriter turned makeup artist and now, purveyor of penis contouring.

Jeffree Star has unashamedly admitted he contours his erect penis so it emulates an elephant's trunk when floppy, true story. The former MySpace prodigy made the candid confession in a recent YouTube video which saw him collaborate with fellow social-media sensation Shane Dawson for a makeup tutorial.

While experimenting with "how much make-up Shane's face can take", talk turns to prettifying penises - y'know as make-up tutorials so often do. Shane asks Jeffree if he ever makes up his manhood, to which he proudly admits: "Yeah I contour my shaft a lot."

Amused, Shane says: "If I did that, it would disappear,” in reference to the fact contouring is designed to slim down your facial features and seemingly poking fun at the size of his own piece. But intrigued, the online comedian quizzes his makeup artist further, wanting to find out whether he does it when his peen is soft or hard. “When it’s hard, so that when it goes back down it just looks really like [makes elephant noise],” Jeffree claims.

Imagine his willy's disappointment to get all excited at the prospect of some action only for him to be groomed - not in that way - to within an inch of its life. But that's an entirely different conversation for another time.

Do you know anyone who's ever tried to fake their manhood by making it up? Let us know your thoughts on this bizarre hack @soFeminineUK