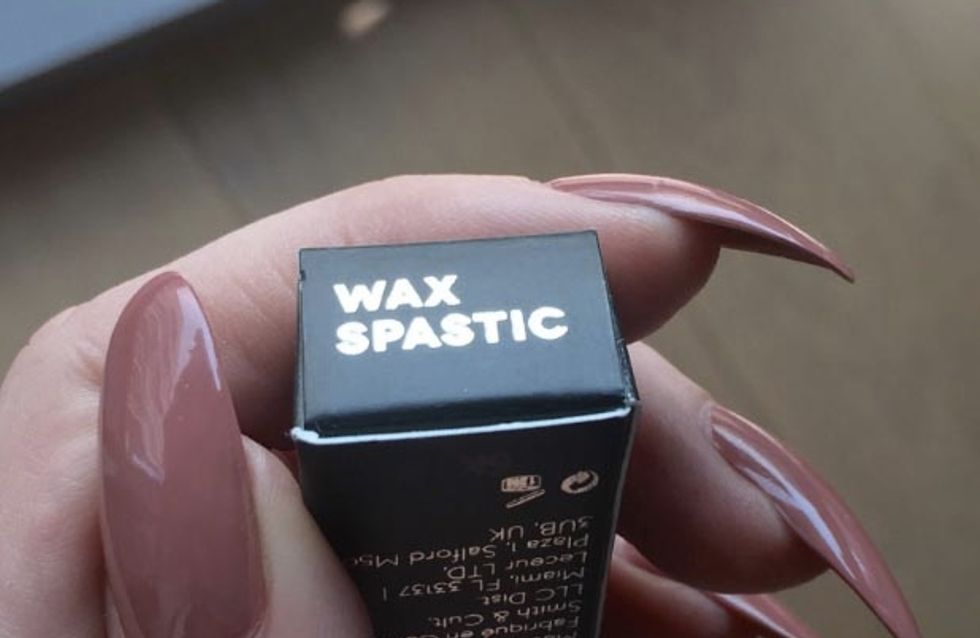 Have you ever looked at a product and wondered just how someone managed to create something so tone deaf, so out of touch, so off kilter that you simply can't get your head around the fact that it somehow managed to make it through all company checks and into the world? Well, we've got a doozy for you: Smith & Cult's "Wax Spastic" eyeliner is here and people aren't happy.

You know how makeup and nail polishes always have the weirdest names? Well this one really takes the cake.

If you love Smith & Cult's products, you might have a change of heart after seeing their latest boo boo. The company have recently released a new eyeliner called "Wax Spastic" - a name that many, including disability campaigners, have branded "offensive".

It was first brought to our attention by beauty blogger Talonted Lex who posted a pic of the product on Twitter, expressing her dismay.

How many people saw and approved the name 'Wax Spastic' for your new eyeliner, @SmithandCult? Genuinely stunned 😳 pic.twitter.com/ycEbffV9Tw

The American company responded to angry customers, including Lex, telling her that the name refers to "a sentimentality and longing for our youth" - we're not quite sure how they've got that from "Wax Spastic", but okay. Lex also notes that the US company were told pre-launch that "spastic" is an offensive term in the UK.

While in America, the word "spastic" might simply refer to someone who's clumsy, it has a different meaning over here in the UK. The word is most commonly associated with cerebral palsy, and is generally considered extremely offensive. A BBC poll from 2003 found that people in the UK found "spastic" to be the second most offensive disability related word behind "retard".

Twitter user @bluebelllaura later said that after complaining on their Facebook page, the company confirmed they would be discontinuing the product in the UK.

I received an apology on their Facebook page, I am glad they listened. pic.twitter.com/Ei7ky8dZMh

"I always thought advertising was supposed to be sensitive and would know its audience and be modern. They have failed on all accounts," he said. "It’s just insensitive, very old fashioned and offensive to its audience. Maybe they are looking for outrage and hope it will drive product sales, which would be incredibly cynical. It is set to fail."

What do you make of Smith & Cult's new eyeliner? Let us know! @soFeminineUK

This Make-up Artist Blogger With A Feeding Tube Is Defying Beauty Standards, One Fire Selfie At A Time

This Blogger Has The Best Solution To Summer Thigh Chafing