by Tolani Shoneye Published on 9 September 2015 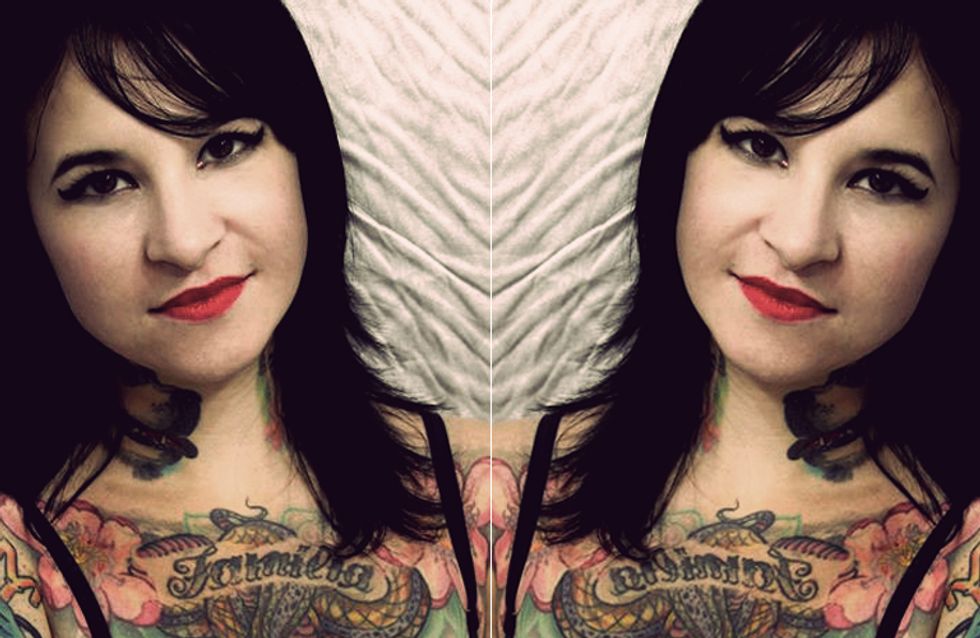 Domestic violence scars emotionally and physically, and although getting rid of the emotional scars is a difficult journey, tattoo artist Flavia Carvelho is helping women deal with the physical ones.

After being approached by a women who wanted to cover the scars caused by a man who stabbed her in the abdomen for turning him down in a nightclub, Brazilian tattoo artist Flavia Carvalho realised her skills could be used to help and heal women.

This prompted her to start the project ' A Pele da Flor" which translate to 'The Skin of the Flower', in Curitiba, Brazil. The project sees her transform many women's scars into beautiful, empowering tattoos that transforms a horrific memory into stunning art, and it's all for free.

Speaking to the Huffington Post Flavia says, "The sense of affection, sisterhood and camaraderie is deeper than I ever imagined. They contact me from all over the country, as well as from abroad. They come to the studio, share their stories of pain and resilience, and they show me their scars. Embarrassed, they cry, and hug me.

“Then we design the tattoo and we schedule the session. They become excited, optimistic. It is wonderful to see how their relationship with their bodies changes after they get the tattoos. I follow many of them on Facebook, and I see how, after being ashamed of their scarred bodies, they now post pictures in dresses, and they look happy."

Since starting the project Flavia as covered up wounds from beatings, stabbings, bullets and even mastectomies. And while all her clients stories have moved her, one which resonated with Carvalho is the one of a 17 year old girl. Flavia recalls the story saying, "The one that shocked me the most was the story of a 17 year-old girl who dated an older man and, for months, suffered from the physically abusive relationship. When he wanted to break up with her, he scheduled a meeting, and after they began to fight, he stabbed her several times in her abdomen, and violently raped her."

"She ended up with a perineum tear, had to undergo a number of surgeries and spent several days in the ICU. She is so young, and she has been left with so many scars. The aggressor, however, was a first time offender, so he is still out on the streets."

Because of the response she has had, Flavia is intending to broaden her efforts by partnering with the Women's Police Station in Brazil to establish a way for her to work directly with women affected by domestic violence.

And regardless of the positive steps she is taking, she recognises that there is still a LONG way to go with issues of violence against women, describing her work as "a grain of sand; the world is full of things that need to be addressed. We have a long way to go regarding protecting women against violence," she said.

​You can see more of Flavia's work on her Facebook page.

If you've been affected by any of the issues covered in this article you can contact the 24 hour National Domestic Violence Helpline (run in partnership by Women’s Aid and Refuge) on 0808 2000 247.

What do you think of Flavia's act of kindness? Tweet us at @sofeminineuk.

#SilenceHidesViolence: The Campaign Encouraging Victims Of Domestic Violence To Speak Out

by Tolani Shoneye
For all the best videos, memes and shareable news!