by Pascale Day Published on 7 August 2017 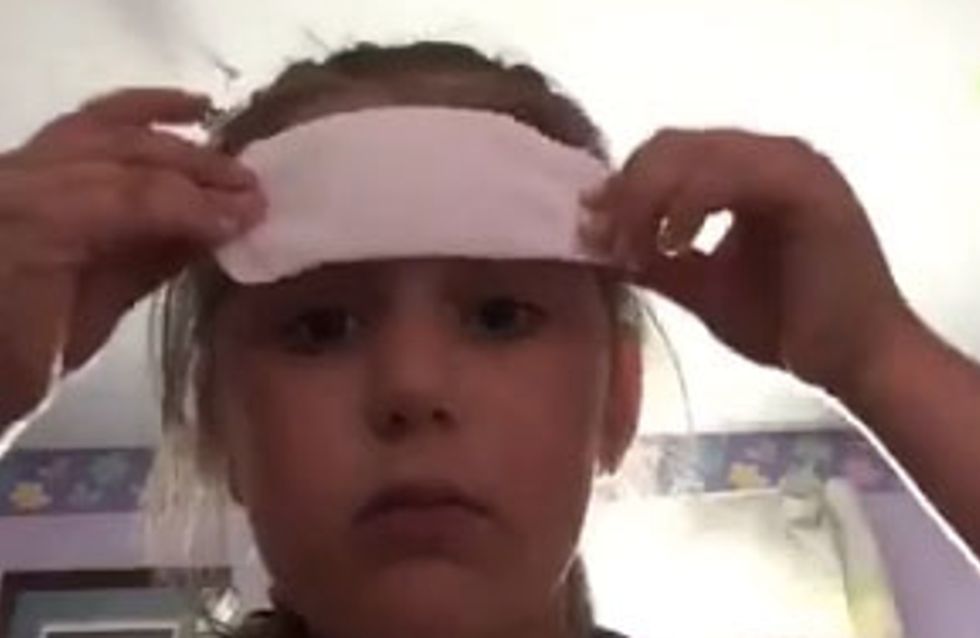 We all know that you can use pretty much anything to put your makeup on - condoms, iPhones, tampons - because unfortunately people insist on trying these things out for some reason. But nothing is more endearing than seeing an 8-year-old using a sanitary towel as blotting paper, completely unaware of what she's pressing against her face.

This teeny tiny beauty blogger was creating a makeup tutorial vid and was just about done with her blusher when she reached for the next necessary product in her routine - a sanitary towel. In a video tweeted out by her older sister Jaiden Park, she picks up the pad, peels of the plastic and proceeds to dab her face with the sticky side of the towel. Jaiden explains that her 8-year-old sister found the sanitary product when filming a tutorial and has never seen a pad before. I mean, we've all been confused upon seeing a sanitary product for the first time - who hasn't thought a moon cup was a chalice for a Borrower or that a pad was not for vaginas but a tool for blotting away excess facial oils, honestly?

When your 8 year old sister makes a makeup tutorial and sees a pad for the first time...what better use?😂 pic.twitter.com/T7ByMPOqTn

After dabbing her skin some more, Jaiden's sister then settles on her forehead being the ideal spot to keep the pad. And who can blame her - the T-zone is some of the oiliest skin around. It wasn't long after Jaiden posted the video that it had gone viral, amassing nearly 41,000 likes and over 16,000 retweets. And people were obsessed with the girl's technique:

She actually inspects it so seriously I'm dying

Is it safe to say this kid is our next big beauty icon? We think so...

Will you be using a sanitary towel in your beauty regime from now on? Let us know! @sofeminineUK

Uncombable Hair Syndrome Is A Thing, And This Girl Has It