by Pascale Day Published on 20 November 2015 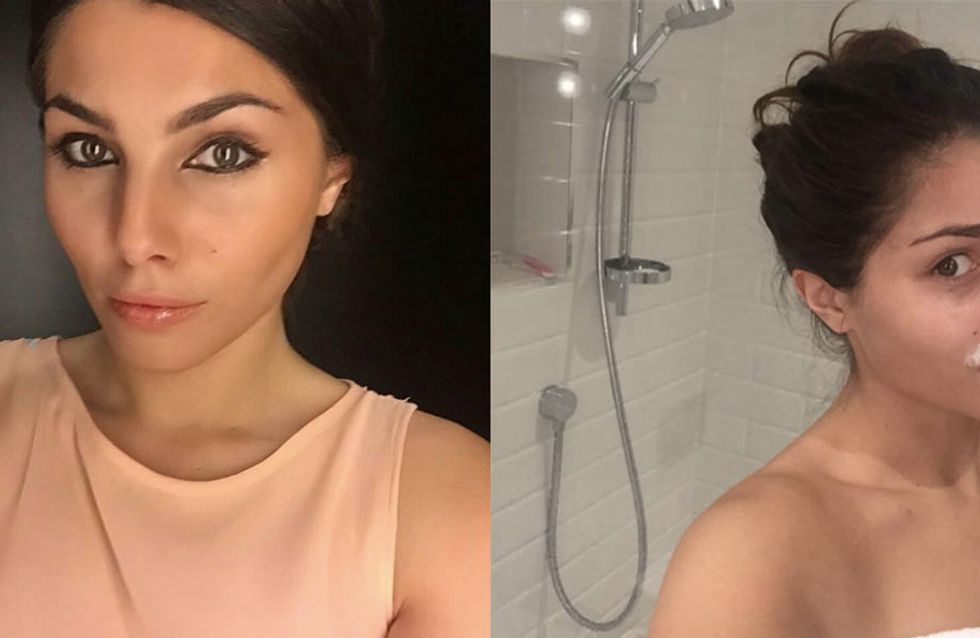 Since the birth of Instagram, we've been allowed given a chance to look through the (filtered) keyhole into the lives of the rich, the beautiful, the powerful. It gave us Insta inspiration. We want to do what they do, wear what they wear, buy what they buy. But how much of that, do you reckon, represents real life? Very little, it turns out. Gorgeous model Stina Sanders decided to start posting photos of her real life on Instagram, and it was not what her fans wanted to see.

Instagram is place for nice filters, top-notch exposition, fancy clothes. It is NOT a place for people to be their unfiltered selves. This is what London-based Stina Sanders found out when she decided to stop posting the typical Insta photos and got real instead.

Stina was inspired by teenage It Girl Essena O'Neill​, who sensationally quit Instagram after exposing the truth behind all her well crafted images. Stina, who has modelled for Maxim and FHM decided that, instead of continuing to upload images of herself in full make up or at photoshoots in glamorous locations, she was going to start uploading pics of what her day to day life looks like. Not to glamorous, it turns out. But that's ok, because who's life really is?

It turns out, people really did not want to see the realities of what being a model entails. She posted no-make-up selfies, moustache bleaching, and even a quick snap of herself right before her colonic irrigation, and her followers began dropping like flies. Stina also spoke briefly about her battle with anxiety in one post. Soon, her followers fell from 13,000 to less than 10,000.

​But since her story broke, her followers have surged to around 36,000 followers, presumably in support of her mission. She told Tab Magazine: "I honestly thought that my followers would remain the same but my likes would reduce, but the complete opposite happened... I hate the way social media can portray people. I’ve been judged all my life for being a model, yet when people get to know me they’re always surprised that I’m not the usual stigma that is attached to a fun job like my own. It’s interesting to see that real life is not to everyone’s taste. Perhaps Instagram is an escapism from reality."

Thought I'd post you a photo before my pedi! Anyone who wants to take up running, I'd advise you not to. My toe nails are falling off, I have swollen ankles and disfigured toes. Delicious!

But Stina had good intentions with her unedited images: "I see so many women comparing themselves to other people’s images, whether that’s the girl down the road or a Victoria Secret’s model. It’s just silly. No one is perfect." Well said, Stina!

What do you think of Stina's unedited Insta pics? Let us know! @sofeminineUK