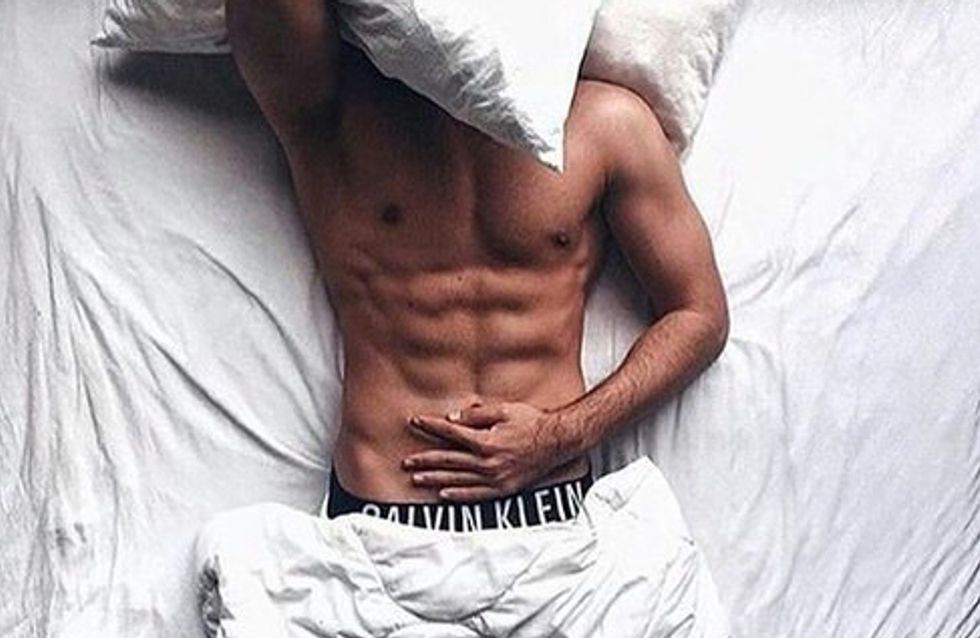 Sometimes it's just all too tempting to mess with a sleeping drunk person. Show of hands: how many of you have taped beer cans to your passed-out friend's hands? Or been the victim of a game of human Buckaroo when you've had too many cocktails and just "shut your eyes for a few minutes"? Well, this girl went next level with the drunk antics when her boyfriend KO'd after a night at the pub.

Natalie Weaver had a bone to pick with her boyfriend Stephen Hall. She had been looking forward to a date night with her beau but her dinner plans were dashed when Stephen was a no show. See, Stephen had other ideas about what he was doing on date night, and it included drinking with his mates until 6am.

As a dejected Natalie spent the following day alone while Stephen slept off his mammoth hangover, she decided to adopt the mantra "don't get mad, get even". And so, as Stephen snoozed, blissfully unaware, Natalie was expertly applying layers of pink lipstick, foundation, highlighter, eyeshadow and thick, luscious eyebrows. And oh man, did he look hot once she was done.

Now, you might think that that's a lot of makeup to apply without someone making a peep, but c'mon - we've all had those hangover naps where someone could literally scream in your face and you wouldn't move an inch. That's how Natalie was able to make Stephen over into such a babe. In fact, he didn't wake up until he scratched himself with his new nails. "He woke himself up with the long nails and he had half opened his eyes in the mirror. He didn't think it was himself at first," Natalie told Mail Online. "He was just shocked and asking what's happened. I tried to convince him he had come home like that."

Would you do this to your boyfriend? Let us know! @soFeminineUK