The Good, The Bad and The Strange: 10 Celebrity Rebound Relationships

by Stephanie Ashley Published on 15 May 2014 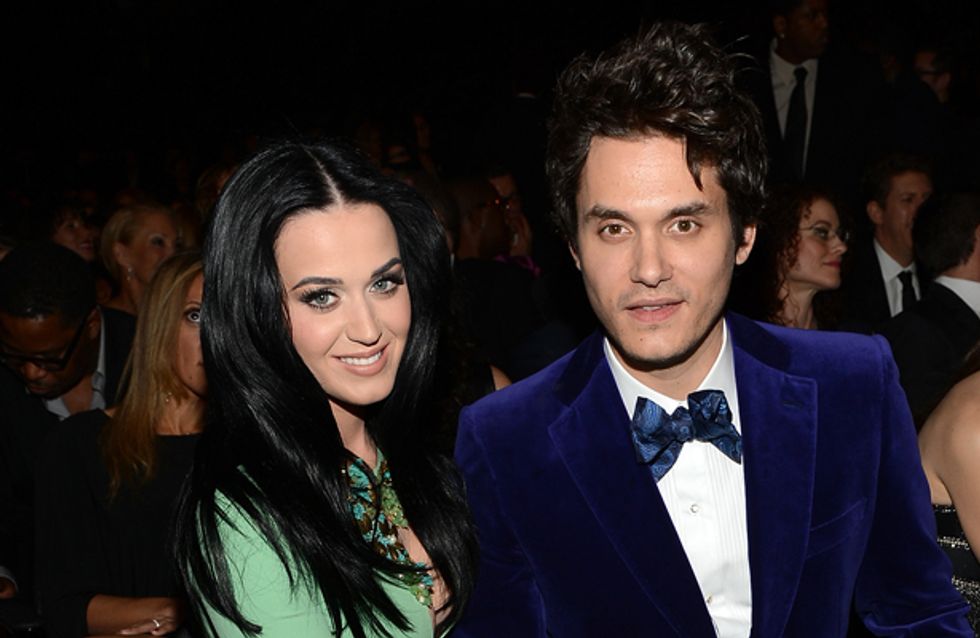 There are a few ways to get over a bad break-up: drown you sorrows in chocolate chip ice cream for a while, or move on to your next romance! And in the world of Hollywood, everyone is waiting on the edge of their seats to see who the next fling will be. Whether they hooked up months or days after a failed relationship, we've got the best, longest-lasting, and strangest celeb rebounds in the book.

Way back in, oh, 2007, Scarlett first started dating Canadian sweetheart Ryan Reynolds. The two were married in September 2008 and quickly purchased a home (mansion) together near LA. Unfortunately, two years later, the couple split, and their divorce was finalized in July 2011. After dating Ryan Reynolds, who can really compare? ScarJo rebounded for a short time with none other than Oscar-winning actor Sean Penn. Sure, he's really talented and successful, but come on, girl, really?!

Though Reese and her now ex-husband Ryan Phillippe separated in October 2006, their divorce was not finalized until a year later. Fans speculated, though, that Reese didn't wait for divorce papers before moving on with her Rendition co-star Jake Gyllenhaal! When the divorce was finalized (and the paps snapped photos of them on vacay together in Rome), the two finally came forward about their relationship. Unfortunately, this cute couple didn't last and called it quits in December 2009.

Who wouldn't want to date Leo? Beautiful women from all over the world have dated him, but things looked like they were getting serious with model Bar Refaeli in 2005. The two dated on and off until 2011, and he even traveled with her to visit her Israeli hometown! They officially announced their split in May 2011, and just a few short months later, it was revealed that Leo was dating Gossip Girl star Blake Lively. Rumour had it the two began their romance back in May. Suspicious? Leo and Blake broke up in October of that same year.

We almost forgot that once upon a time Mr. Timberlake dated his Bad Teacher co-star Cameron Diaz! The two beautiful people began dating back in April 2003, and while rumours constantly spread several times that the duo had split, they didn't officially break up until December 2006. Not long after, in January 2007 to be exact, Justin began dating Jessica Biel. This rebound had some sticking power! The two were married in October 2012 and are still together.

How did Jen even begin to get over a seven-year relationship with the stunningly sexy Brad Pitt? Well, she started off with a good laugh. After the couple's divorce (and the ensuing media frenzy) in October 2005, Jennifer started dating her 2006 The Break-Up co-star, funny man Vince Vaughn (yes, the universe has a sense of irony). Though the relationship only lasted a year, a light and funny relationship was probably just what the doctor ordered!

And we thought no one would go near Jesse James after what he did to Sandra Bullock!! Two months after the scandalous end to Sandra and Jesse's 5-year marriage in June 2010, Jesse took up with tattoo artist Kat Von D. By January of the next year, the couple announced they were engaged. They continued an on-again, off-again relationship until September 2011, when Kat accused Jesse of cheating on her with multiple women. Once a cheater, always a cheater!

George Clooney has a well-known history with the ladies, including a four-year marriage to actress Talia Balsam and a five-year on-again off-again relationship with model Lisa Snowdon. From 2009 to 2011, George dated the gorgeous Italian actress Elisabetta Canalis and quickly moved on from their break-up with former WWE Diva Stacy Keibler. Though the pair dated for two years, they split in July 2013. Within just a few months, Stacy was dating her current husband, Jared Pobre. No hard feelings though! George Clooney has just announced his engagement to humanitarin lawyer Amal Alamuddin (lucky girl!).

Does Kanye really count as Kim's rebound if she filed for divorce just 72 days after getting married to Kris Humphries? Whatever! Kim started dating Kanye in April 2012, though she was technically still legally married. After a highly dramatized divorce that threatened to go to court, Kim and Kris reached a settlement. Now Kimye are living happily ever after, raising little North West and planning the most extravagant wedding of all time.

Liam Hemsworth apparently couldn't wait to move on from his relationship with twerking queen Miley Cyrus! Only hours after news of their cancelled engagement, Liam was spotted smooching Eiza Gonzalez. Ouch! The rebound relationship didn't last long, and Liam is once again an extremely eligible bachelor.

After her marriage to Russell Brand fizzled out, Katy Perry moved on into the waiting arms of soulful crooner, John Mayer. Hollywood has come to know John as the Rebound King, since he always seems to be waiting in the wings when heartbreak comes to Hollywood's beautiful ladies (ahem, Jessica Simpson). Fans thought Katy and John had found true love and were even waiting for an engagement ring when the two called it quits in February 2014.

Which celeb would you love to rebound with? Let us know @sofeminineUK