10 Children's Films That Give Us The Feels 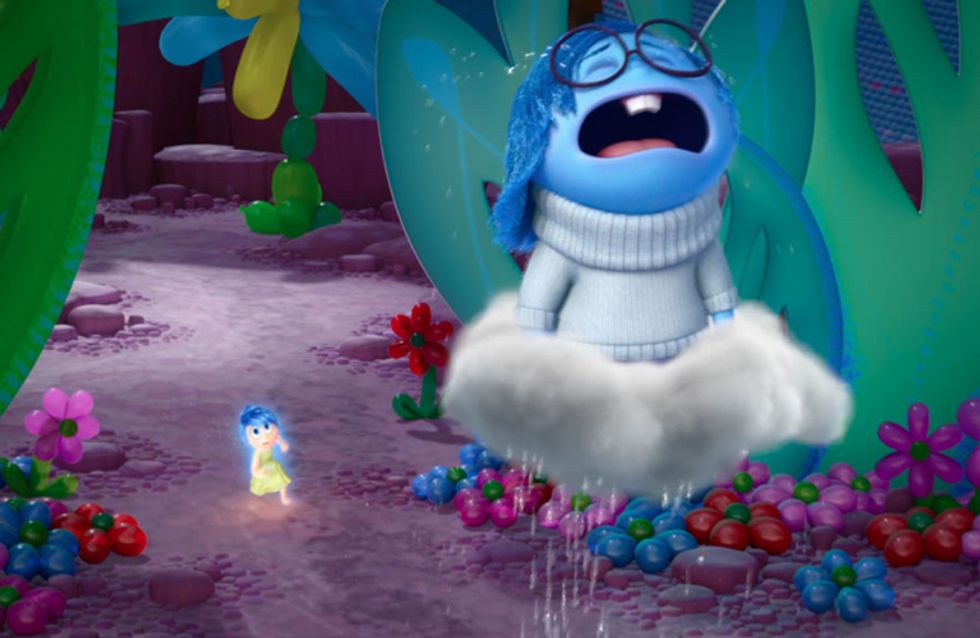 Children's films can be funny, smart and charming. But every once it a while, they can utterly break out hearts. How can children handle these things and be cool as cucumbers but when we watch as adults the waterworks are on at full force? Here are the MOST emotional kids films that are guaranteed to have you bawling...

The opening to Up journeys through Ellie and Carls' wonderful life together, from meeting as children to marrying and living happily ever after. Then you see that Ellie can't have children, and you begin to think that this might not quite as perfect a love story as you thought. Then they grow old together and Carl finally buys them tickets to Paradise Falls, where they had always agreed to go, but before he has a chance to give them to her, Ellie collapses and passes away. This was BRUTAL.

We're not sure what made us cry more: when the toys accepted their seemingly inevitable fate and held hands moments before incineration, or when Andy played with the toys for the last time before growing up and going to college and they all wake up just in time to see him drive away. GET AWAY FROM ME ONION CHOPPING NINJAS.

This. Film. We know Mufasa knows all about the great circle of life, but we don't think even he knew that he would die in a stampede after his brother throws him off a cliff, putting the blame of his son. The bit where Simba tries to wake Mufasa up so they can go home...ugh. It's too much.

Oh, we'll just open the movie up with the brutal murder of Marlon's wife and the majority of his unborn children. That sounds about right to show to kids!

Fox and the Hound

The little old lady knew that Todd wasn't safe with her horrible hunter neighbour out to get him, so she releases her only friend and company into the forest. The most heart-breaking thing about this, along with Widow Tweed silently crying, was poor little Todd's face since he had no idea what he did wrong.

Nothing to traumatise a young kid but to kill off the mother halfway through the film. Poor little Bambi.

Pocahontas and John Smith go through an amazing journey together. She teaches him to paint with all the colours of the wind, he teachers her that willow trees are a really good hiding place to make out. After all they do, learning to understand each other's culture, ending a potential war, John saving Pocahontas's father's LIFE, they are parted forever when John Smith needs to go back to England for medical attention and Pocahontas chooses to stay with her people. This is NOT how a fairytale is supposed to end people!

When Dumbo finds his mother who rocks in through the bars of her cage, how else could we have possibly reacted when his mother was stroking his face with her trunk but to sob heavily and call our mothers? Damn it Dumbo writers.

Lady and the Tramp

The moment you think Trusty has died after they go to save Tramp from the dogcatcher and he's hit by the car is just brutal. Trusty was like, the nicest dog. Luckily you just find out it's a broken leg so NBD.

When Riley's emotions, Joy and Sadness get lost, the young girl is left with Disgust, Fear and Anger controlling her emotions. Slowly becoming increasingly more despondent and out-of-touch with herself, Sadness ends up saving the day, showing us how important the emotion sadness is as it shows other people that we need help.

New Hunger Games: Mockingjay Part 2 Trailer Is Released And It Is On Fire