12 Nerdy Christmas Gifts For Your Nerdy Group Of Nerdy Friends 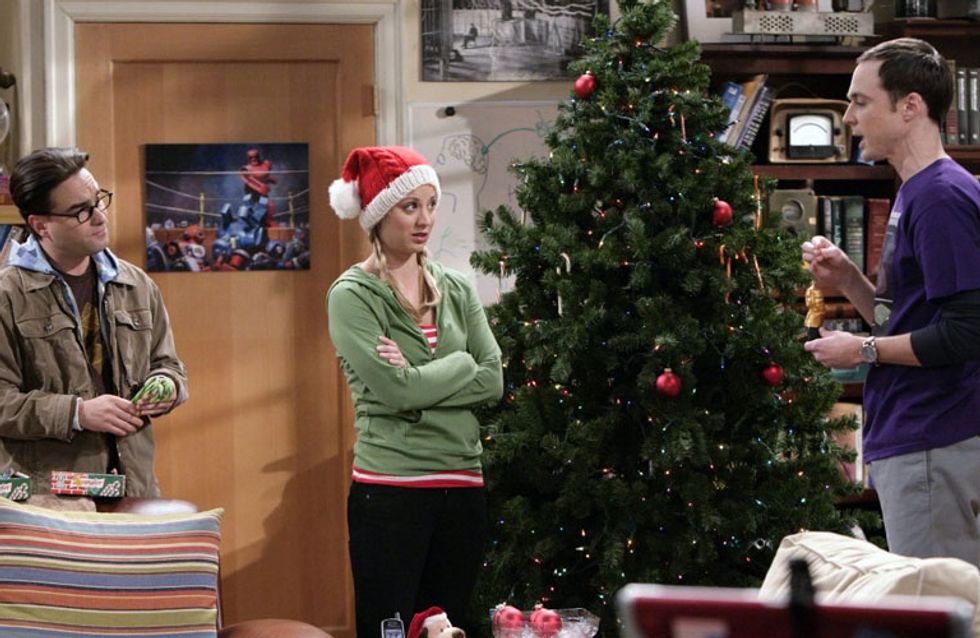 It's sometimes difficult to get good Christmas presents for your fanatical friends. You don't want to risk messing with their fandom or insulting their intelligence, but then again you know they wouldn't appreciate a gift set from Boots, so where does that leave you?! Look no further, because we've got you covered with all the nerdy presents they are guaranteed to LOVE.

For your Potterhead friend

Honestly? If they're a big Harry Potter fan, chances are they already have all the wands, Gryffindor jumpers and scarves they need. Instead, why not give them a thoughtful little token acknowledging their intense passion for the boy who lived.

For your Star Wars fanatical friend

Imagine the tears in their eyes and the smiles in their heart when you gift them their very own little controllable droid, ESPECIALLY one this cute. For Star Wars fans, this December isn't about Christmas, it's about Episode VII: The Force Awakens, so the BB-8 robot would be the ultimate sign you understand their lives and their happiness.

For your bookish friend

Whether it's the Jane Austen complete collection below, the works of Dickens or any assortment of other classic novels, these Penguin clothbound classics are sure to send any book lover crazy because let's face it: we all judge books by their covers a little bit, and these are gorgeous!

For your Game of Thrones loving friend

Game of Thrones is a show about politics and war, all wrapped up in a fantasy setting, so it's pretty much guaranteed that anyone who knows their Winterfell from the King's Landing will lose their minds over a Westeros version of Risk. Playing as one of the Great Houses, the aim is to dominate the whole of the board. Just maybe don't play as the Stark family?

For your technology obsessed friend

Since drones are meant to be THE gift this year, your technology obsessed mate will most likely love to get in on the action! With a built-in camera and remote control, the Arcade Orbit Cam XL will keep them busy for hours (not worry, hopefully you won't have to stick around for it!)

For your comic book crazed friend

Everyone who watches The Flash knows that it is the best show, comic book and character EVER. Okay, we might be over exaggerating, but we don't think we're exaggerating when we say they will be ALL OVER the idea of this Flash Christmas jumper.

2015 has been the year of Netflix and chill, but for most of us let's face it: it's just about Netflix. Orange is the New Black, House of Cards, Jessica Jones, we blame all of you. That being said, your friend who has probably cancelled every plan on you so they can stay home with their beloved Netflix will really appreciate a slouchy top to do it in!

For the Lord of the Rings fan friend

This beautiful baubles with Return of the King quotes wrapped inside is the subtle LOTR addition your friend never knew they needed on their Christmas tree.

For the comedy fan friend

While not strictly THAT nerdy, shows like Arrested Development, Parks and Rec and 30 Rock all have a cult-like status, and once your friend was sucked in you could hardly understand what they were trying to say through the layers upon layers of references. That's why you need to show them you understand their new-found sense of humour (or you're at least trying), which a Ron Swanson phone cover. Or a Ron Swanson mug. Really anything Ron Swanson is a-okay. Who is Ron Swanson you say? The mystery continues...

For the cartoon obsessed friend

For something who thinks The Simpsons, Family Guy and American Dad are the height of hilarity, this Krusty the Clown cover will work wonders. Being from the super sleek Skinny Dip London range, it means they get to geek out and actually still look cool (kinda)!

For the music loving friend

The Skullcandy Bombshell headphones are perfect for that friend of yours who always seems to have music stuffed into their ears. With sharp designs and style, now they can be antisocial with a hint of class!

For your arty friend

Art lovers tend to love a big, illustrated book about their favourite thing, so unless they lived under a rock and failed to see Inside Out this year, The Art of Inside Out will almost definitely will well received. Until they get to the Bing Bong part of course...*sob*

What are you asking for for Christmas this year? Tweet us @sofeminineUK!

This was written by Emmy Griffiths. Obsess over geeky Christmas gifts with her @emmyfg!