10 Of Television's Best Coming Out Moments 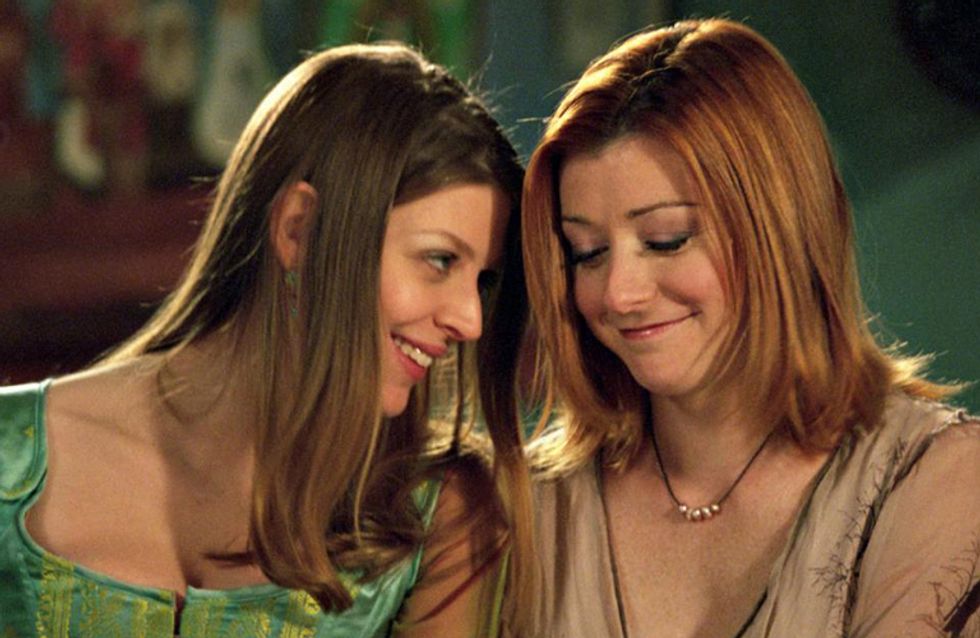 With the news that The Simpsons' very own Smithers will finally be coming out to Mr Brns as gay (let's face it, this has been prophesied since day one), we took a look back at our favourite and most memorable coming out moments in telly history...

Sure we already knew, but it was just so sweet that he announced it to his entire family by dancing with another boy at his mother's wedding. Somebody get us some tissues please, because this gave us ALL the feels.

We love how Willow began to wonder if she was gay was by a Vampire version of herself is so flirty that Willow notes to herself: "I think I’m kinda gay”. Then there was her relationship with Tara, which was the single greatest thing ever, mostly because of their song in the musical episode which is basically one MASSIVE euphemism.

Aw. Our sweet, sweet Porcelain. Aside from Mercedes busting the windows out of his car (mostly so she could sing the tune 'Bust your windows out your car', Kurt's coming out went pretty smoothly with his Dad even claiming he'd known about it since Kurt was 3. Adorable.

Santana's coming out to her Grandmother was the sad but unfortunately true reminder that not everyone is as tolerant as we would like. It doesnt' make it any less sad to watch though.

Emily's coming out was more than being true to who she was and honest with herself - it was breaking away from her possessive twin sister and becoming her own person. We LOVED it.

Okay sure, Silver kind of made him tell her, and it was a little awkward since, ya know, Silver is his ex, but still! Teddy's admission that he's gay seems completely real, claiming that gay isn't all he wants to be known as and how he's not okay with who he is. You'll get there Teddy baby!

In the nineties, Ellen's character in her sitcom 'The Ellen Show' came out to her psychiatrist (played by Oprah because obviously), saying: "It's not like I'm looking for perfection. I just want to find somebody special, somebody that I click with."

Winfrey: "Has there ever been anyone you felt you clicked with? What was his name?"

Although this was obvious an hilarious way of coming out, it caused massive controversy in the US. JCPenney and Chrysler wouldn't advertise during the episode's airtime as they usually did, which really goes to show how far we've come in the last twenty years.

Of course Callie's coming out would be as melodramatic as possible, this is Shonda Rhimes we're talking about! But we still loved it - to be fair we'd freak out if we came out and our Dad retaliated by bringing along a Priest. But knowing her father wouldn't approve but sticking up for herself all the same whilst shouting "you can't pray away the gay!" is so Callie.

Mickey's coming out is SO him. To the point, loud, angry and mostly to win an argument with Ian. Classic. Then it turns into a massive bar fight, but meh.

"You Like To Get Down, Right Thor?" This Avengers: Age Of Ultron Blooper Reel Is Hilarious