by Teddi Ginsberg Published on 26 February 2014 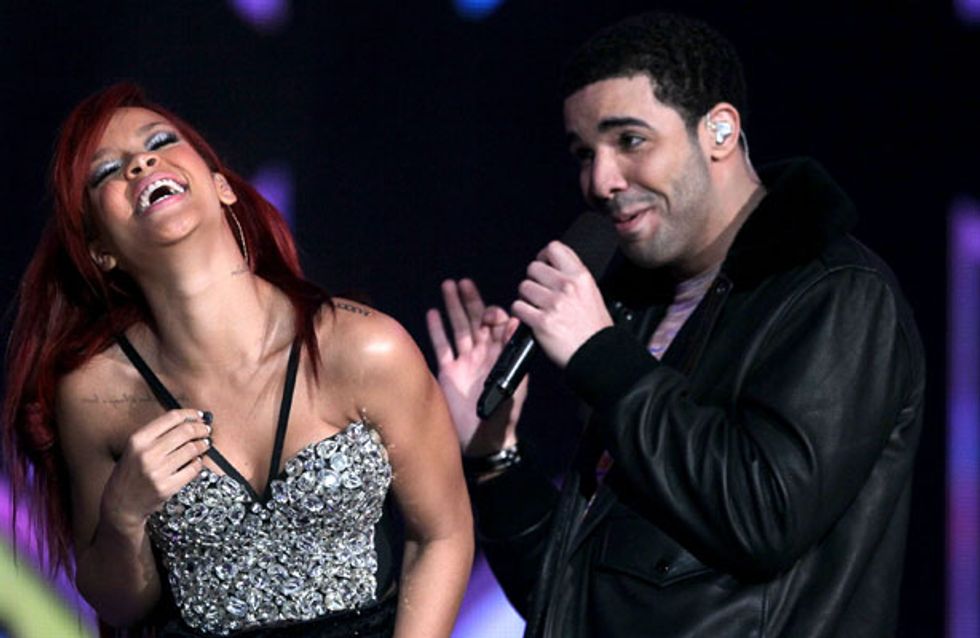 Superstar singers Rihanna and Drake have been friends for years. Romance rumors have often surrounded the duo, but Rihanna's on-and-off relationship with Chris Brown and Drake's skirt-chasing ways have gotten in the way. Until now? We think these two should get together and just make it official already!

Would Rihanna and Drake not make the perfect couple? If you're unsure, here are 10 reasons that we think will convince you otherwise!

Rihanna admits she's 'masochistic'
Rihanna has admitted to being ''a bit masochistic'' in the bedroom and has opened up about her sexual preferences, saying she enjoys being ''spanked'' by a dominant partner.
Loading...

These two obviously still have crazy chemistry! Why not put it to good use off-stage, guys? Wink, wink.

The two recorded "Take Care" in 2011, which proved to be one of the hit songs from Drake's album with the same name. The song reached number seven on the US Billboard Hot 100. Take Care earned Drake a Grammy Award for Best Rap Album.

Drake recently told Rolling Stone that he skipped the Grammy Awards in favor of hanging out with Rihanna at West Hollywood club 1Oak, but insists that they're just friends. "I mean, I think about it," Drake said. "Like, 'Man that would be good.' We have fun together. She's cool and s--t. But we're just friends. That's my dog for life."

Doesn't he know that the best relationships stem from friendships?

He called her "the ultimate fantasy"

...in the very same interview with Rolling Stone. See? We knew it!

He makes her laugh

As evidenced by this gorgeous picture. Aw!

They would have ridiculously good looking babies.

Just look at them! The Barbadian beauty and the Canadian hunk combining to make new little people? Mind-blowing.

It's another excuse to make more duets

Who wouldn't love to see - and hear - these two make another hit?

They balance each other out

He is a gentleman

Rihanna has been put through the ringer and needs a man who will treat her right. Our money is on Drizzy.

She needs to move on from Chris Brown

Do you think these two will ever really get together? Tweet us @sofeminineUK!