Fear And Loaving: 10 Things You Need To Know About GBBO Episode 3 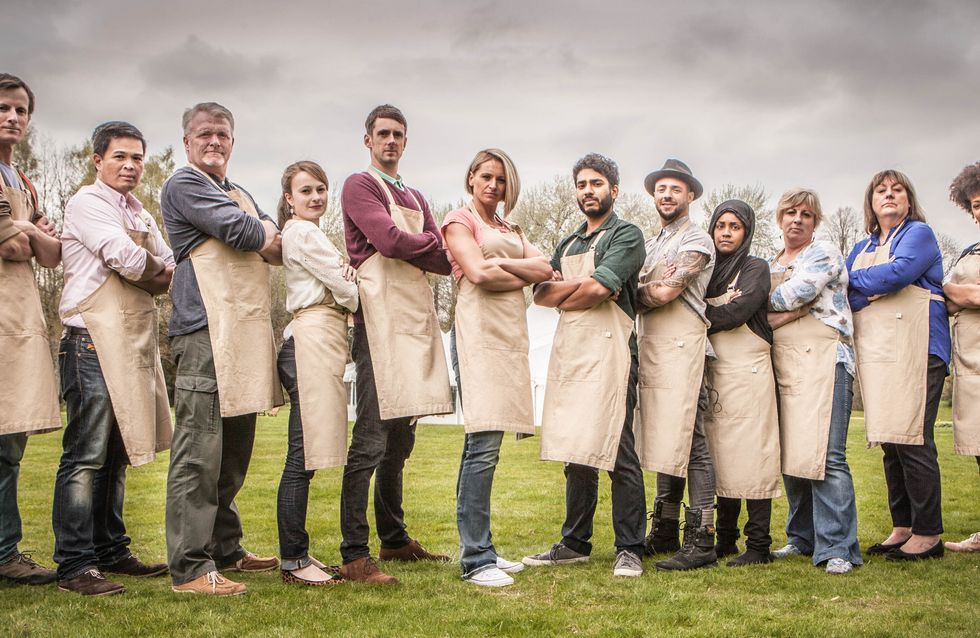 This week was bread week, and my GOD was Paul in his element. Stomping around like a pantomime villain, Paul made sure everyone knew which one he was in the good cop/bad cop duo with Mary. And yet, there still wasn't much drama in this week's episode. We saw breadsicles and bread beds, and even a bread Mufasa, but no tears or tantrums. Hey Paul, wanna find out who the real star baker is? Get them to bake bread sculptures in a uniform made entirely of leather. Then we'll see who can stand the hea

1. Paul and Mary are assuming that by episode three we are all expert bakers

‘Bicarb’ is short for bicarbonate of soda guys. Come on, catch up.

2. The power of bread week has gone to Paul Hollywood’s head

Paul was in his element this week, and that’s not necessarily a good thing. After the contestants spent FIVE HOURS making BREAD SCULPTURES, Paul had no mercy. As he ripped into the doughy statues, saying mean things like ‘undercooked’ and ‘not five hour’s work,’ little did he know he was also ripping apart the dreams and egos of the bakers who has literally just slaved away over a hot oven for FIVE. HOURS to make a dough version of the Brighton Pavillion, for example. On the bright side, Paul’s love for bread is palpable: I’ve never seen anyone talk about anything with such passion as he did when talking about baguettes. Even Mary looked surprised.

4. Sandy’s bread sculpture looks like something that belongs in Miss Havisham’s house

The three different types of bread were just one constant shade of brown, and so dry it wouldn’t be out of place covered in cobwebs on a table in a haunted house. It looked like a mouldy painting.

5. Nadiya’s face is too expressive

Nadiya’s face is so unnecessarily expressive that I’m constantly panicking that she’s going to burst into tears at any moment. It usually ends up turning into a smile which is very misleading.

6. Welsh Paul continues to be intense

At one point the cameras caught him tensely kneading dough as he muttered to himself “DO BETTER.” Luckily, his lion loaf brought Paul Hollywood close to tears (he didn’t know he could ever love anything so much) and so there was no breakdown. Yet. Perhaps Paul Hollywood will see Welsh Paul as his protege. “You remind me of myself,” he’ll whisper into Welsh Paul's ear, clinging to his shoulder with a bear-like grip and tears stinging his icy peepers. No shit: silver hair? Check. Goatee? Check. Freaky blue eyes? Check.

Paul’s bread week meant that he took it upon himself to take his mindf*cks up a notch, sauntering through the tent like an alpha silverback. He loves sewing the seeds of doubt into the minds of the contestants: squinting as he listens to each bake idea, poker face on point. Then, he asks a question like “should you really be cutting it like that?” or “won’t that be a bit dry?”, and then saunter off before he’s heard their answer. At one point he asked Alvin what shape his bread will be. “Circular,” replies Alvin. “………..Good,” says Paul enigmatically after a long pause for dramatic effect. If there’s anyone who can make you second guess a circle, it’s Hollywood.

8. Tamal continues to be GBBO babe

"Waiting for stuff to rise makes me uneasy, " says Tamal in the Showstopper round, whilst proving his bread. PLEASE TAMAL, MUST EVERYTHING YOU SAY BE DRIPPING WITH SUCH SEXUAL TENSION? On another note, Tamal and I both love goats cheese which is a pretty big sign that we’re meant to be together. It’s basically fate.

9. Dorret has left the building

Now, when GBBO began, Dorret had the potential to be the new Chetna. A lovely, mumsy type who looks like she smells like pachouli and cinnamon, and wore wooden necklaces and mood rings. But she was the right choice for elimination this week after approaching her showstopper with all the enthusiasm of a university student. “Well I was going to practice my bread sculpture tonight,” says Dorret to herself as she glances at the television, “but Spooks is on...” She plops down onto the sofa. “I’ll just wing it,” she rationalises. “It’s only a bread bed!” And THAT, my friends, is why she’s the right person to go this week. Practise your bake Dorret, for Christ’s sake!

10. The drama hasn’t yet arrived

The most dramatic bit about last night was the whole proving debacle, where everyone sat around anxiously drinking tea. Paul noticed some underbaked baguettes, but it’s no BinGate is it? I mean, we’re not asking for Hell’s Kitchen: we don’t want the bakers poking their eyes out with corn skewers or hitting themselves over the head with a meat mallet because their dough hasn’t risen, but come on. Can’t someone just drop the bake already?

What did you think of last night's episode? Tweet us! @sofeminineUK

Blood, Sweat and Biscotti: 11 Things You Need To Know About GBBO Episode 2​