by Emmy Griffiths Published on 3 July 2014 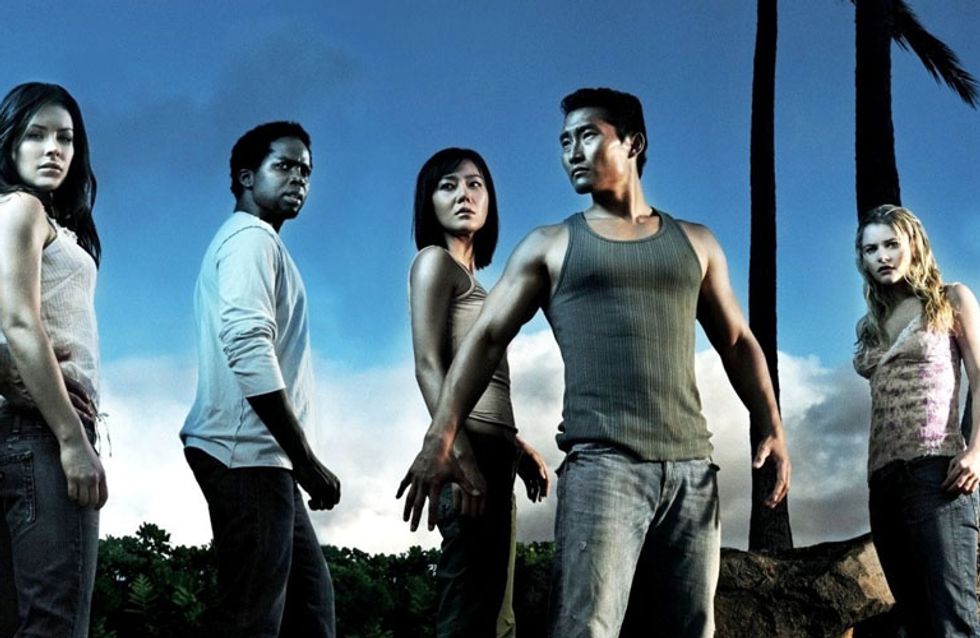 True Blood has began its final series, and, like most people who once loved it, we’re kinda glad it’s finally over! When a series like this has been drawn out so much, it's only going to end badly. Luckily for their writers' careers, it wouldn't be the only show to end on a poor note. Here are the top 10 shows that rewarded our dedicated time and emotional investment by sh*tting all over us…

Michael dying was stupid and unnecessary, and although it was unbelievably nerve shredding in series two, the finale was pretty much a damp squid.

Was anyone really satisfied with our ending with Loralei and Rory? Luke and Loralei’s get together was just plain crap, Rory doesn’t seem to care too much that she’s lost the love of her life after her engagement rejection, and everyone’s futures just look a bit murky.

Dan is Gossip Girl. So he posted all that nasty, life ruining stuff about himself. Oh, and he posted when his sister lost her virginity.

Oh, AND he was at about a million events that he definitely, in fact, was NOT at. This was just clutching at straws writers. You should have known who it was from the beginning and none of this would have happened!

Were our TVs broken? NOPE, the cut to black screen just as something was clearly about to go down was the END OF THE ENTIRE SHOW. Some deemed this absolutely amazing, others…less so…

Obviously this is in regards to the naff American version of the vastly superior British show (not that we’re biased or anything). Sometimes American adaptations of UK shows are amazing, like The Office or Being Human, but sometimes they go like this.

In the US writing room, it was decided that the best way to resolve the show was that Sam is actually on a mission to Mars in a hibernation chamber. Good one.

This BBC show was great, the root of it being that we all knew Arthur would find out about Merlin’s powers by the end of the series and the reveal would be awesome. But what actually happened? Merlin shows off his powers as Arthur is dying, who then proceeds to go off in a strop before eventually forgiving him, oh, then popping his clogs.

Do we even discuss the last five minutes of Merlin in the modern day? No. Let’s just not.

Claire jumps off a ferris wheel and reveals her powers to the world. We’ve already found out, several times, why this would be a bad, bad, bad thing to do.

It gave us no closure, and was generally just a mildly irritating end to show that stopped being good after series one. Did anyone even stick with it all the way to the end? If so, we’re impressed.

3. How I Met Your Mother

The last several seasons of How I Met Your Mother worked on making it clear that Robin and Ted are not meant to be together, and instead are better suited to other people, she with Barney and he with…well…the mother.

So in the season finale, after approximately an entire season worth of build-up for Barney and Robin’s wedding, what happens? Within a quick flash-forward it is revealed that Barney and Robin DIVORCE, Ted’s wife DIES and they end up together. It could have worked in the first couple of seasons, but not now. Cue major disappointment!

DON’T mention the Lost finale to a loyal fan, lest you fancy an hour of trying to calm their white-hot-rage. So after all of that it turns out that they are all in purgatory right? Right? Is that what happened? Where did that come from?

They also neglected to tie up the thousands of little threads leaving fans seething in their seats with unanswered questions. WHAT WAS THE POINT LOST?!

Just…no. After eight seasons of watching the secret serial killer slice away his victims, most fans expected the finale would see Dexter finally getting the chop himself, which seemed to be the only possible way it could end.

WRONG! Let’s have him become a lumberjack in the middle of nowhere, that’d be a much more satisfying ending for everyone involved!

What season finales majorly disappointed you? Do you think True Blood will be ending badly? Tweet us @sofeminineUK

Enjoy this article? Try these!