10 Worst Novelty Gifts Of All Time

by Emmy Griffiths Published on 12 November 2015 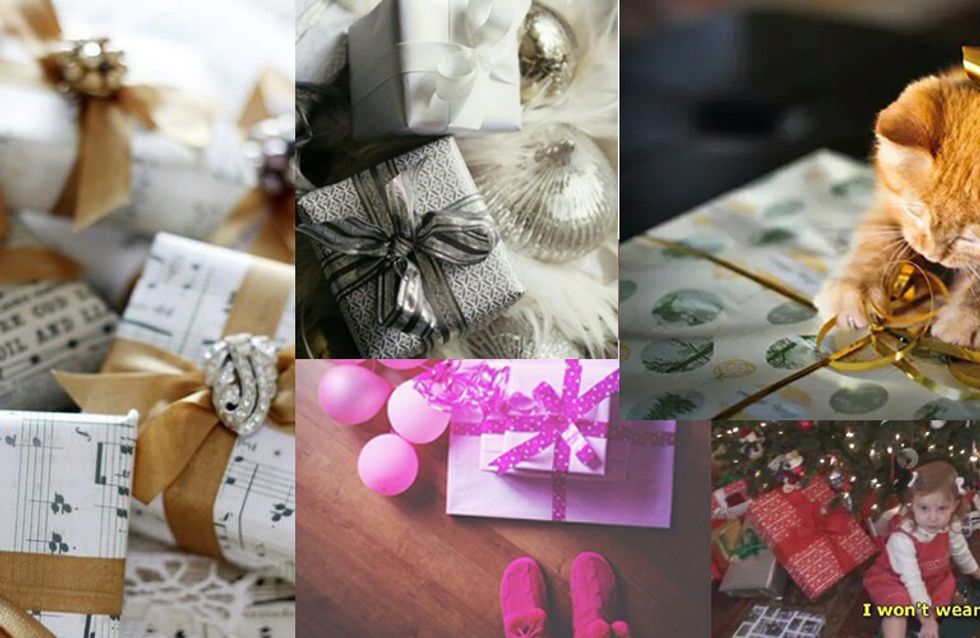 Gift-giving can be a tricky thing. Sometimes you know exactly what that person will want, and sometimes you just think you know and end up getting it horribly, horribly wrong. But seriously, who can blame you when there are so many weird gifts out there? Here are our favourite terrible novelty gifts that might have seemed like a good idea at the time...

Nothing (for the person who has everything)

What better way to shame or mortify those important people in your life who modestly said they wanted ‘nothing’ for Christmas by ACTUALLY buying them nothing?! Imagine the look on their faces as they realise that they received what they wanted! Good, right?! You’re a comedy genius, AND you only paid £6.99, bargain!

It is an action figure of majesty, and for just £25 you can own your very own action figure of the proud Putin confidently and effortlessly riding a bear. As Vladimir is a well-known outdoorsman, we're guessing he certainly did once ride a bear and this action figure was based on real life.

Place the action figure in your home to display a symbol of Russian strength and resilience, and we promise this figure will easily become the topic of excited conversation in any room it's placed in.

Some people love activity and can't bear to stay still, except when they're sleeping. So why should nipping to the loo be any different?! With the toilet golf you will easily be able to get a few minutes of leisurely golfing time...just don't bring a golf caddy in there with you...

Okay, so this is the GREATEST gift you can bestow on another human being. The hyperlip is a revolutionary invention in which you put a set on lips over your own and it like, shows your gums and stuff. It looks kind of weird and people would probably glance at them on the street before realising they are sporting a cool set of hyperlips. Hot tip! Stick your tongue out while wearing the lips for added hilarity.

You have spent your life as the nerdy underdog, a loser. Tired of life always putting you down, you decide to make a fresh start and move to a new job, a new city, where no one knows you. People are friendly, thoughtful and kind. They laugh at your jokes. They don’t know about that time you called your Physics teacher ‘mum’ by accident. They just like you for you. You realise this is what happiness feels like.

After a couple of months in your wonderful new job, Christmas rolls around. The office does a Secret Santa and you, eager to please, buy your person (Debbie) something from their Amazon wish list. You know they’ll love it.

The office Christmas party is a hit. You all drink, laugh and arrange tinsel around your laptops. Sharon from Accounting kisses you on the cheek. You sit next to her grinning as Frank hands out the Secret Santa gifts. You smile as Debbie exclaims over her present. You excitedly open your own.

It is a mug that reads: “Nerd? I prefer the term intellectual badass.” Your heart begins to sink as the words sink in. “Don’t you like it?!” Iris from head office shrieks. “I thought it’d be right up your street!”

You realise now: you were never considered cool here. People were friendly, but they saw the real you…deep down. The you that you will never, never be able to escape. The you that likes to refer to yourself as an ‘intellectual badass’. You realise that you’ll disappoint Iris if you don’t use the present, and so on Monday morning you make coffee in the ‘Nerd? I prefer the term intellectual badass’ mug.

You avoid eye contact with everyone as you stare down into your black coffee, a metaphor of your own increasing despair. Sharon hopefully tries and fails to catch your eye and ends up reading your mug in confusion before walking back to accounting, crestfallen about how wrong she was about you.

The mug begins to grow stained from use over the weeks, months and eventually years of usage. You wonder whether you could smash it, but it’s too late now. The damage has been done. You are alone.

Have you ever looked at your cat and thought to yourself "something's missing"? Well we have finally worked out why! Your cat was missing the accoutrements inflatable unicorn horn for cats! It magically transforms your cat into a unicorn, simply by placing the unicorn horn over the cats head (the cat definitely will not go crazy trying to get it off its head).

Once your cat has accepted its fate as a mystical unicorn, that is where the fun begins. Everyone will think you have a pet unicorn. People will come from miles away to see the mystic yet loveable creature. Your future will be made and only you will know that your pretend unicorn is actually a cat. Good luck.

Ever gotten so smashed at a bar or club that you've been refused service? Well that's now a thing of the past, since all you need is to pour some wine into this bra before you go out and just like that, those concerned for your safety won't ruin anymore of your fun!

Just as long as you're happy going on a night out wearing a sports bra, which most women obviously are, this is the MUST HAVE gift of the year!

Does your significant other let out smelly bottom puffs? Well let them know that you've noticed with this fabulous flatulence underwear! Rather than infecting the air with smelly emissions, your partner will love their nice new underwear in which they can let out bottom burps with reckless abandon without disturbing you at all! Look how happy this couple are with their new purchase!

Gnome on the Throne

Sarcasm aside for a moment, who, who would want this?! Sure garden gnomes can be all cute and everything when sitting out in your front garden, but a gnome 'on the throne'? How is this cute?! Who woke up one morning and thought 'you know what would be brilliant? A garden gnome on the lavatory. We just can't get our heads around it.

Rather than gloves that actually give you the use of your fingers, or you know, just encouraging you to quit smoking altogether, someone came up with the ingenious smoking mittens. Much like normal mittens, these mittens have a small, cigarette sized hole which you can push your ciggie through and puff away in warmth and comfort. The cigarette definitely won't fall out of the hole. You also don't need to worry about what will happen to the cigarette butt. Trust us, this idea is FOOLPROOF.

As amazing as these gifts are, it might be a better idea to get someone something they REALLY want with Nivea. What's the worst novelty gift you've ever received? Tweet us @sofeminineUK!

10 Ways To Show A Friend You Care

#TreatYoSelf Haul: Beauty, Fashion And Everything In Between

by Emmy Griffiths
#Promotions
From hair ideas to outifts, look no further for your daily inspiration