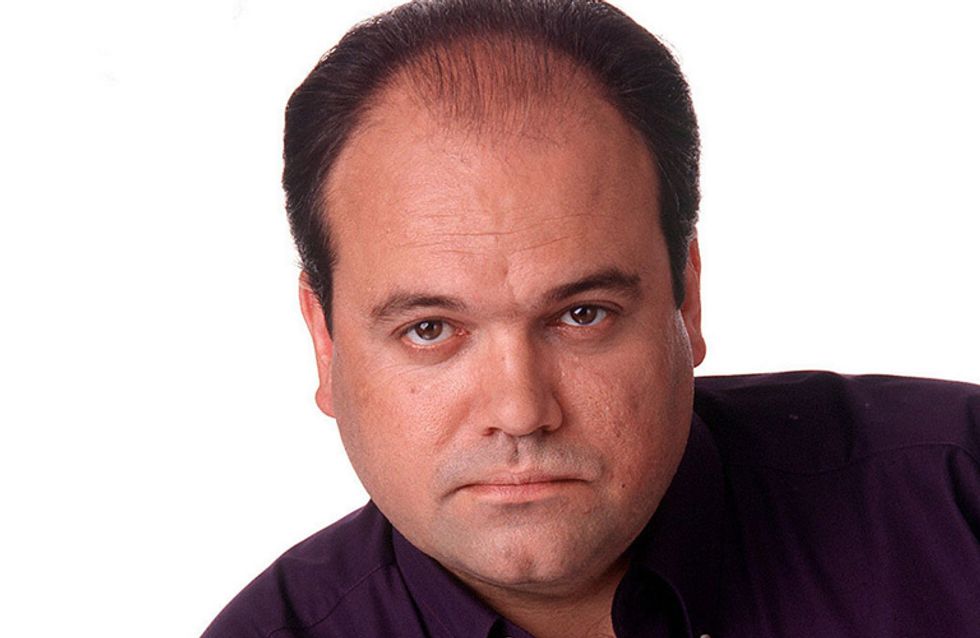 We think it's high time the world gave Barry off Eastenders (also known as Shaun Williamson to very close friends and relatives) the utter love and devotion he rightly deserves. He is quite literally the most loveable man in Britain, and dammit we will not rest until his contribution to the arts has been lauded accordingly. So although there are so many reasons to love him, we've whittled it down to 12...

This is the closest Barry is ever going to get to Flashdance.

2. He kept a sense of class post-Eastenders

Barry illustrates the value of retaining your integrity…

What could be more glorious than Barry off Eastenders singing an anthem about the Apartheid at the 2014 Bowls Tournament? Seriously, what?

4. He had THE greatest exit Eastenders has EVER seen

This was one for the history books. Death by rolling down a hill.

5. He just IS Barry off Eastenders

Cut to 1.04 for the most awkward TV moment ever.

"Pat you've trodden on me foot get off." Classic Pat.

Barry off Eastenders wants your bad romance. Give it to him.

Barry’s was certainly the most comfortable and middle class way to go!

Can Shaun Williamson rub his tummy and pat his head at the same time? Can he touch his nose with his tongue? FIND OUT, IT’S IMPORTANT STUFF. Be sure to stick around for the cow impression.

10. The man loves a good caravan

These women didn't know what they were missing.

12. Finally, he tweets these sorts of things

We love you Shaun. Never change.

Always a good place to go if you 're feeling sorry for yourself. pic.twitter.com/sQbbtYTcAj

How do we make people into National Treasures? It's Barry's time. Finally. Love him? Tweet us @sofeminineUK

Loved this? Try these articles!

Tom Hanks Dancing To RnB Is Everything We Wanted And More

The Funniest Complaints About TV Shows