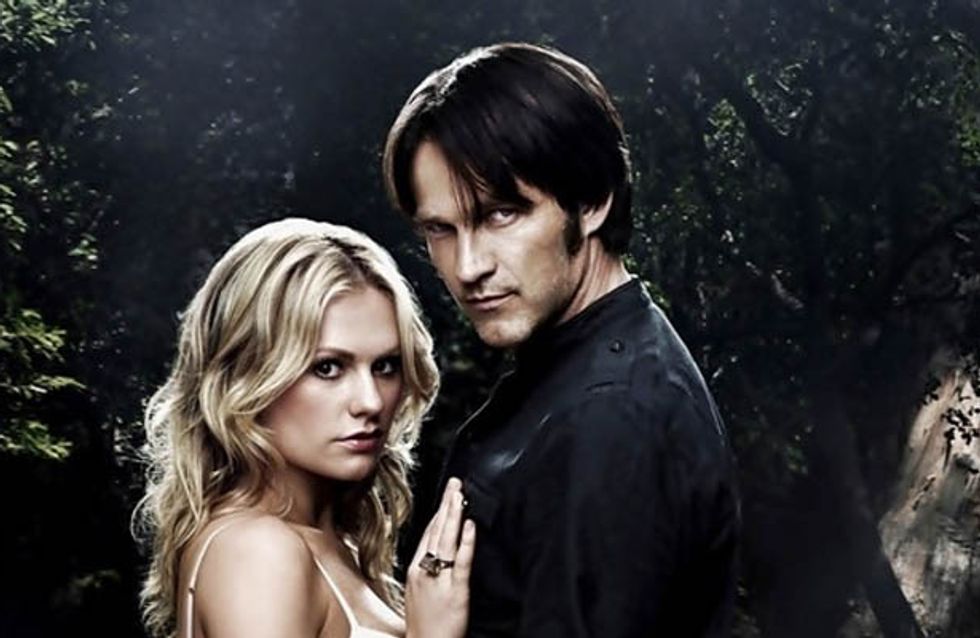 The last ever season of True Blood is due to air on June 22nd, and although it's high time the show died the true death, we still can't wait to see how they wrap things up with the characters we've grown to love. Here's our checklist of what HAS to happen in the season finale - time to tie up all of those loose ends!

1. Eric and Pam sort their sh*t out

Their relationship was probably the best in every single season, so when they started falling out and Eric released her, we were NOT happy. We want the father daughter relationship based on mutual trust back please.

3. Alcide is contractually obliged to take his shirt off in every scene

Alexander Skarsgard is all well and good, but Joe Manganiello has abs like nothing we’ve ever seen. He was even wanted for Superman in Man of Steel, but it clashed with True Blood’s schedule. That had to hurt.

4. Vampires and humans learn to co-exist

The whole vampire-racism thing has gotten so old. Can’t they all just be friends?

5. Jess gets back with Hoyt

They were SO cute and perfect together! Why did you have to mess it up Jess?

6. Jason gets away from that crazy vampire Violet

What even was that? Is she going to be good for him? No. She’s cray cray. Jason is the Joey Tribianni of True Blood. He shouldn’t be tied down.

7. Tara and Pam live happy ever after

Probably the most entertaining relationship on the show, fingers crossed Tara and Pam stay together for the lols come the final season.

8. Bill reverts back to season 1 Bill

As in, back when we liked him and he wasn’t a pain in the arse vampire-God thing.

Seriously, it’s been six seasons of dullness. The only interesting thing that’s happened to him so far is that he’s had four fairy babies. Season 6 NEEDS to step it up a notch.

10. The vampire zombies get dealt with, quickly

We kind of like that zombie vampires are starting to overpower the human and normal vampire race, but this is True Blood, NOT The Walking Dead. Nip this one in the bud!

Sam has fancied Sookie for years, his girlfriends all seem to die, his best friend Terry died, his brother died, his parents are abusive, and does anyone remember when he was sacrificed a couple of years ago? Yeah, Sam deserves a happy ending.

Long live Lafayette. There’s never been a sassier character anywhere, and we love him for it!

Are you looking forward to the season finale, or did you give up on the show ages ago? Tweet us @sofeminineUK