by Emmy Griffiths Published on 23 October 2015 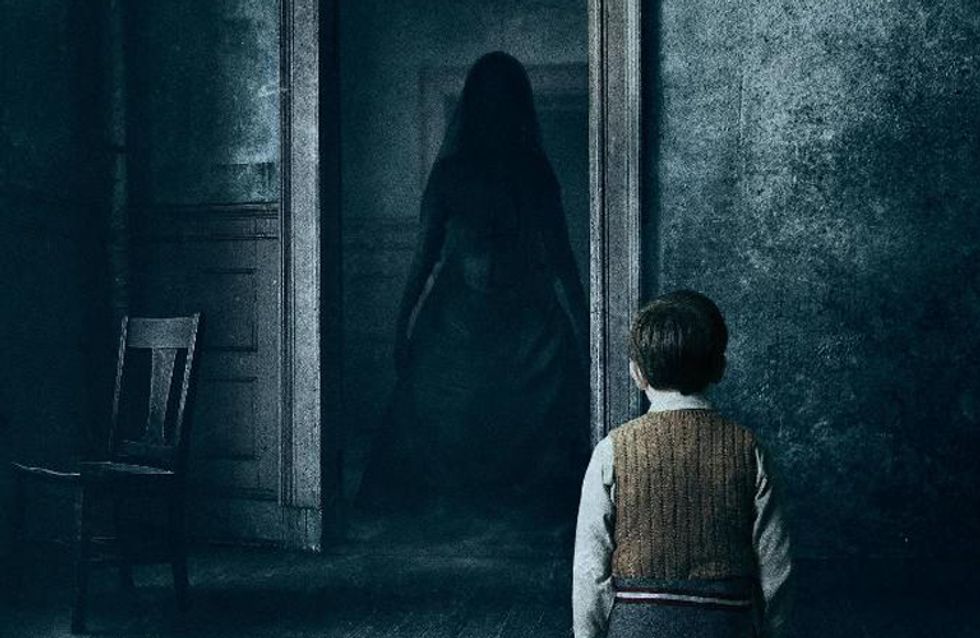 A little boy finds a horrifying pop up book which unleashes a monster. But is the creature real, or just a figment of the mother's imagination? For anyone who was scared of the monster under your bed, this will bring back all of those old fond, fond memories...

Say what you like about Hocus Pocus, the story of three witches who return on Halloween after being dead for centuries, and decide to suck the souls out of all of the town’s children to regain their youth, but it is SCARY. We’re not sure which is freakier though: the talking cat or Sarah Jessica Parker’s singing voice.

The Nightmare Before Christmas

In typical Tim Burton fashion, The Nightmare Before Christmas is a gothic stop motion about The Pumpkin King Jack Skellington decides to bring Christmas to Halloween Town with disastrous consequences. Perfect if you were an Emo back in the early Noughties, and if you like a little romance with your macabre horror.

Set in the 1800s, a stagecoach full of passengers become the hostages of two outlaws on the run, but that is far from the worst of their problems. As the travellers attempt to outwit the outlaws it becomes apparent that a bigger menace lurks outside. This is what happens when Westerns meet werewolves, and if you're a fan of either you are guaranteed to love it!

Alone in the dark... Shaun Dooley as the elusive Calhoun in Blood Moon #weirdwestern

A thriller movie which a good handful of jumpy moments follows Malcolm Crowe, a child psychologist who sets out to help Cole, an isolated little boy who claims he can see dead people. And the dead people are pretty much ALL horrifying.

A masked murderer named Ghostface terrorises High School students. As they are murdered one by one, the survivors use their knowledge stereotypical horror movies to try and survive. If you hate the idea of being alone in a house as a masked killer hides behind a curtain, this is NOT one to watch alone. If you’re okay with that, enjoy!

A young solicitor is sent to an old house in the middle of nowhere to sort out the papers of it’s deceased resident. On entering the house he sees a figure of a woman dressed all in black, and what follows is a haunted house, gothic thriller. If you hate creepy children in movies, this definitely is NOT for you.

Widely regarded as the scariest movie of all time, this story about a little girl possessed by the devil will stay with your forever, so be warned before watching! Even if terrified Priests and a child's head swivelling 360 degrees doesn't freak you out, the music definitely will...

Three film students go into a forest to record a film about the Blair Witch: an urban myth about a woman who kills children. The documentary-style movie shows the students getting lost in the woods and increasingly terrified as strange and horrifying things begin happening to them. Presented like discovered footage, it is truly a horrifying to watch.

You watch a video, you die in seven days in an horrendous way. Involving a girl with hair all over her face who crawls out of wells and who you definitely would NOT invite into your home willingly. To save herself and her son, journalist Rachel Keller has to unlock the mystery behind the tape, and the girl who appears in it...

A mother and her two children live isolated in a large, mostly empty home during WWI. The children suffer from a rare disorder in which they are allergic to sunlight, and so they spend their lives behind locked doors and in curtained rooms. So when the little girl begins to see people in the house, the mother assumes she must be lying. But there is so much more to it than that. This one had us refusing to look in mirrors for MONTHS. Sleep with your light on...

One of the best haunted house movies ever follows a family who move into an old farmhouse only to be terrorised by unseen forces. They enlist the help of paranormal investigators, and frankly they only makes things worse. Get ready to be absolutely TERRIFIED by this one. Do not watch it alone unless you're cool with nightmares and paranoia!

The scariest on our list for one simple reason: it is inspired by real events. A group of people wearing clown masks terrorise a couple staying in an isolated cottage for seemingly absolutely no reason, and the thought of someone coming into our house and brutally murdering us for no reason seems MUCH scarier than ghosties and ghoulies, but maybe that's just us!

What will you be doing this Halloween? Tweet us @sofeminineUK!

10 Halloween Craft Ideas You Can Do With Your Kids!

25 Halloween Costumes For Twins That Prove Spooky Can Be Cute