14 Redheaded Celebs Who Made Being Ginger Cool

by Emmy Griffiths Published on 10 August 2015 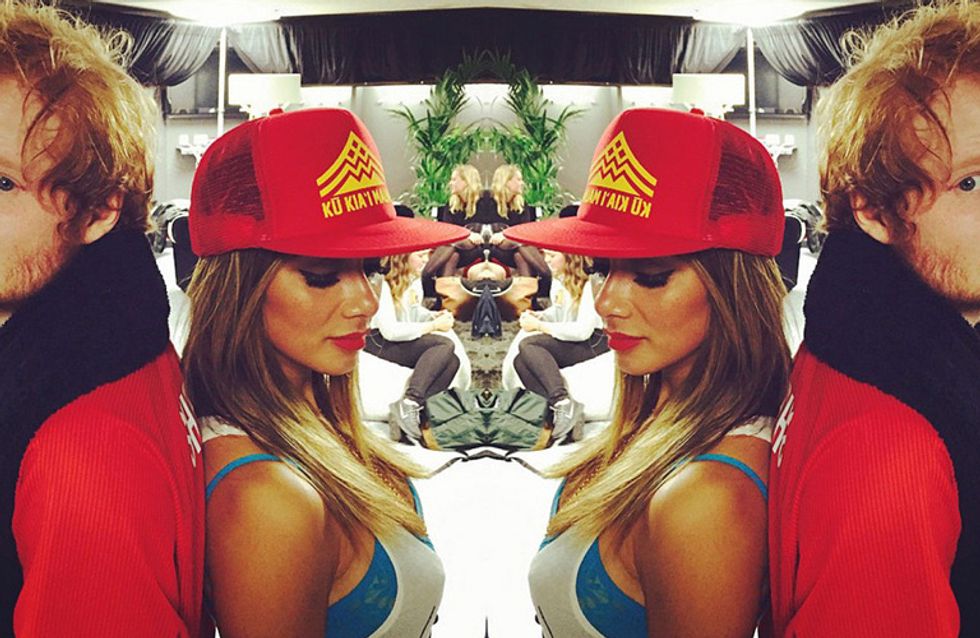 With their porcelain pale skin, adorable freckles and gorgeous copper locks, the gingers of the world ought to be revered and loved like the outright angels that they are. However, as every ginger will know, growing up as a redhead has its own unique set of problems (as in, it is literally unavoidable to be picked on). Fortunately, we have these AWESOME ginger celebs to fight for the redhead cause. Here's how they're doing it...

If the rumours are true, our ginger leaders and King is going out with (probably) one of the hottest women EVER. Ed. From gingers everywhere. Yes.

How often have we had our plight shared in the media? Thank you for raising awareness Jessica.

Karen Gillan being basically the best ginger of all time ever

She may have shaved it all off for a role, but she is still the ginger we all know and love.

Seriously, only a ginger can call another ginger ginger though.

Alyson Hannigan being an ageless angel

She has kept that pale skin out of the sun, because How I Met Your Mother and Buffy star Alyson doesn't seem to have aged a DAY since she was Buffy's nerdy best friend.

Just because they're both ginger?! Come on!

Although he dyes his hair, Benedict has natural auburn hair. One of us. One of us.

She could be blonde, but she doesn't WANT to be blonde! Take that blondes.

In fact, let's throw in the main Harry Potter family, all of whom are ginger. The Weasleys are literally the best, even if they do all have a bad case of spattergroit.

From playing the romantic lead in About Time to the confused lead in Indie flick Frank and now (hopefully) the action lead in Star Wars VII (as Luke Skywalker's son perhaps? SPECULATE), Domhall is slaying.

Christina Hendricks being a sassy Queen

We'd be so, so intimidated to meet her. She radiants confidence!

A Prince of the United Kingdom is ginger. All hail Prince Ginger.

Who is your favourite ginger celeb? Tweet us @sofeminineUK!

QUIZ: What Type Of Girlfriend Are You?