15 Literary Loves Of Our Lives We WISH Were Real 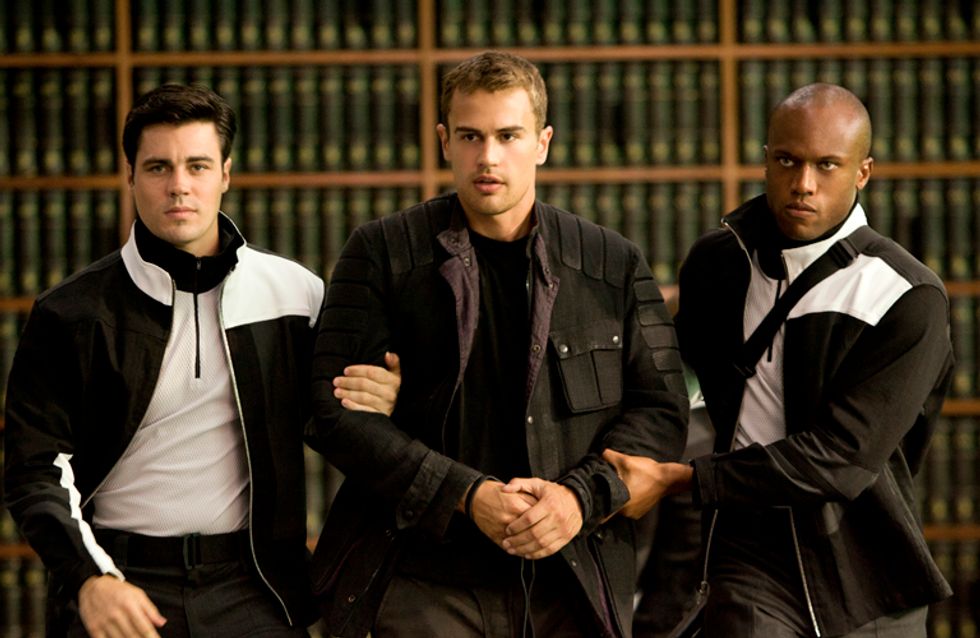 Do you think us book nerds simply read books to expand our minds? Mwuhaha nope. We just have our head buried in that particular novel because the main character is RIPPED and thanks to the power of the imagination, there is NO limit to the Grecian God we are creating in our heads. However, on occasion reality can be even better than our dizziest daydreams. So check out our top 10 favourite literary heroes from when from the books to the screen...

Prince Caspian - The Chronicles of Narnia

There's nothing quite as nice as a sword-wielding handsome Prince. Move aside Peter and Edmund, there is a new High King (of all of our hearts) in town.

The blonde boy-next-door who is selfless, likes to bake cakes and is really good at throwing sacks of flour over his head has to be up there with our favourites.

We're willing to forgive that his first name is actually 'Fitzwilliam' because Mr Darcy is such an anguished, shy yet disconcerting BABE. He's basically the guy who, in today's world, would try to woo you by slightly insulting you then pulling it back (not that we or Lizzy would ever fall for such nonsense).

Augustus Waters - The Fault in Our Stars

We can't talk about this one too much without getting sad but Augustus is the most handsome one-legged ex-basketball player we've ever had the pleasure to read about, particularly when you throw in the seriously romantic dialogue and deeply compelling relationship.

We had to, okay! There are just too many descriptions of Edward's perfectly angled nose and sharp cheekbones NOT to include him in our list of literary loves. That being said, his personality is not quite as pretty. Seriously man, we would not want you watching us sleep every night. You crazy.

Now, THIS is a teen fiction hero we could definitely get on board with. Jacob is the down-to-earth, run-of-the-mill werewolf that any girl would be lucky to have, particularly as he isn't a fan of all the drama (unlike paler, more miserable characters we could mention).

He's so wild, like the Moors he wanders! Sure he becomes embittered with life and isn't really very nice by the end, but it's all because of his animalistic, passionate desires for one woman which, ya know, is quite romantic.

There's something most attractive about a man who literally becomes a multi-millionaire in the hopes of wooing you, particularly when they wear lavish suits, drive fancy cars and call you 'old sport' all the time. Yes. If we were Daisy, we'd have packed our bags and switched off that green light a long time ago!

Let it never be said that Romeo isn't supposed to be a total hotty. Damn it, Juliet agrees to marry him in under 24 hours! Before they've even got to know each other! Shakespeare must have had a Leonardo DiCaprio lookalike in mind when he penned the tragic hero.

If you haven't read or seen Outlander yet, you're missing out on the finest darn Scotsman ever to enter our lives. Jamie is a typical Highlander. He fights for justice and honour on an average of once per chapter, and it totally head-over-heels in love with the protagonist, Claire (which is always nice to see). Oh, and he's RIPPED.

Legolas - Lord of the Rings

He is a physically perfect elf with piercing blue eyes and a bow and arrow that just won't quit. Sorry but how could he not be in our top 10?!

The book might mention that he isn't particularly handsome, but honestly we refuse to believe it. His and Jane Eyre's love is of a shared soul, which is very sweet, but in a movie adaptation he's played by Michael Fassbender so it can't ALL be about the personality, right? (We realise we're terrible people).

He's so angry at the world and such a dead shot with a bow and arrow. Just imagine him working down in those mines...*sigh*

Rhett Butler - Gone with the Wind

Oof, there's something REALLY sexy about an older man who knows what he wants. Okay? We said it.

A man who is the literal embodiment of tall, dark and handsome, Four is mysterious, haunted by his tragic past, and is strong and brooding and wears black. He's basically the perfect hero in pretty much every way, apart from those pesky four fears, obviously. Come on Tobias, sort it out!

INSURGENT IS AVAILABLE NOW ON DIGITAL DOWNLOAD AND ON BLU-RAY AND DVD FROM 3RD AUGUST 2015, COURTESY OF ENTERTAINMENT ONE

Who's your favourite, or have we missed them out?! Tweet us @sofeminineUK!