15 Times Aaron Paul Was Legitimately Insane And We Loved It

by Emmy Griffiths Published on 27 August 2014 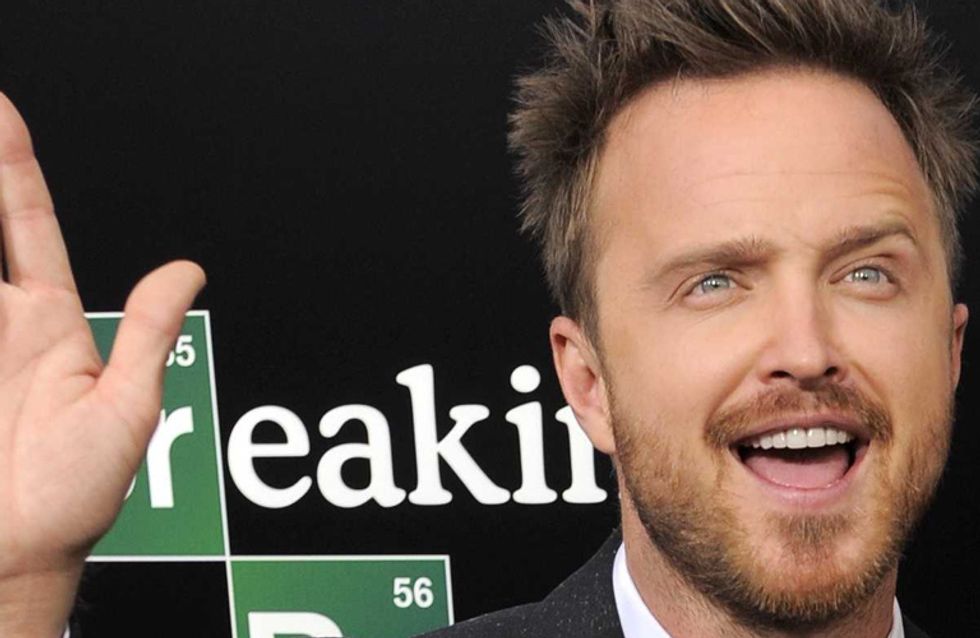 As Aaron Paul won yet ANOTHER Emmy Award for Breaking Bad last night, we would like to take this chance to not only celebrate his third big win, but also the fact he is a talented, loveable yet viably insane person. Like, hilarious. Here are the times Aaron Paul was completely mad but took us all along for the ride...

No one is as happy as he is that Breaking Bad is insanely popular. No one.

He makes other people be crazy

Pulling up to the Emmys with the final prize. The finale script of BB signed by yours truly. Scream out "I miss Mr White" and it's yours.

He appeared on The Price is Right before he was famous

And he was ABSURD.

Go to YouTube and search "baby elephant playing in water". You will be happy you did. I know I was.

He sent fans on a Scavenger Hunt and it was MAYHEM

He had strategically placed BB stars around the town for crazy fans to find. Things definitely must have gotten out of hand.

Tag! Your it. Come find me in my yellow cooking suit. First person to tag me in it wins it. I'm at the west Hollywood park. #YeahBitch

And she clearly finds his craziness appealing in return

"Behind every great man there's a woman rolling her eyes."

Then he and Bryan Cranston reunited for this spoof

Not quite the reunion we were after, but we'll go with it!

Also, their friendship is simply glorious

Aaron Paul lives for fanmade art. You can just tell.

He can do whatever he likes, BITCH!

He damages people with champagne corks

At least he apologised. We would cherish that cork.

He should freak people out but he's just too loved

"This guy just delivered me a pizza and I love him for that. #myhero"

Basically, he always knows just what to say.

Are you as in love with Aaron Paul as we are? Tweet us @sofeminineUK!

30 Celebrities Who Took On The Ice Bucket Challenge And Won

Happy Birthday Kristen Wiig! 16 Reasons We Want To Be New BFFs With The Birthday Girl