Home / Entertainment / News celebrities / 16 Inspiring Celebrities Who Have Come Out

16 Inspiring Celebrities Who Have Come Out

by Emmy Griffiths Published on 7 October 2015 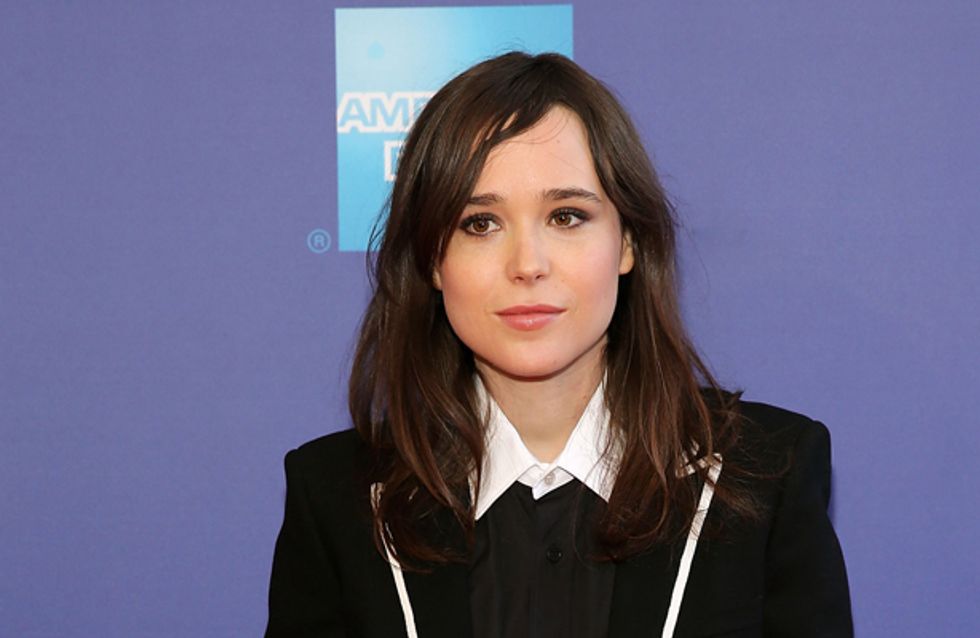 The LGBT community has achieved so much in the last few years, especially now that gay marriage is now legal in the UK and Scotland! In celebration of this and for everyone who revealed their coming out stories for National Coming Out today, we wanted to know more about the celebrities who have come out loudly and proudly...

So this was amazing. Ellen Page spoke at the Human Rights Campaign’s Time to Thrive Conference to the LGBT community and came out as a lesbian. You can tell how nervous she is, but it doesn’t stop her from telling everyone she has to be true to her heart.

She said: “I am here today because I am gay and because [pause for standing ovation] maybe I can make a difference to help others have an easier and more hopeful time. Regardless for me I feel a personal obligation and a social responsibility. I also do it selfishly because I’m tired of hiding, and I’m tired of lying by omission.”

In 2007 Derren Brown came out as gay, stating he was blissfully happy in a relationship.

Diver Tom Daley recently came out on a YouTube video, stating that he wanted to tell the world on his own terms. High five!

OMG MATT BOMER SO SEXY HELLO. He was also as smooth as silk when he came out as gay.

When The White Collar actor was given the New Generation Arts and Activism award for his work against HIV/AIDs, he gave a shout out to his family, stating: “I’d really especially like to thank my beautiful family: Simon, Kit, Walker, Henry. Thank you for teaching me what unconditional love is. You will always be my proudest accomplishment.”

Simon is his partner and Kit, Walker and Henry are his three sons. How nice.

Simon Amstell came out when he was 20, and apparently it took his mum a long time to come to terms with it, but his brothers and sister didn’t really care.

Presenting Never Mind the Buzzcocks, Simon Amstell was always up for teasing himself about his sexuality just as much as he ripped into his guests.

This brings us nicely to John Barrowman, does it not? John plays the bisexual Captain Jack on Doctor Who and Torchwood, and realised for sure that he was gay at the young age of 13.

In his memoirs, he revealed that when he came out his whole family were totally unsurprised. Apparently his sister Carole said: “Ho hum, and what else is new?”

Neil Patrick Harris came out when his relationship with David Burtka grew more serious and said: “I am happy to dispel any rumours or misconceptions and am quite proud to say that I am a very content gay man living my life to the fullest and feel most fortunate to be working with wonderful people in the business I love.”

Now the pair has twins via a surrogate, and they dress them up in the CUTEST Halloween costumes. Honestly this family is just precious.

Glee actor Chris Colfer remained in the closet until he landed the role of Kurt Hummel, as apparently his hometown wasn’t the most accepting. When asked if he was 'out' in High School, he said: “Oh no. People are killed in my hometown for that.” Has to be be said though, landing the role of a lifetime, moving to LA and becoming who you really are is a brilliant coming out tale.

Chris said: “It’s extremely important for gay youth out there to see that it’s actually okay and that they are being represented in these shows.” We absolutely love his character as well!

Ellen DeGeneres seriously tried to take her coming out as lightly as possible, teasing the audiences on her sitcom Ellen as her character jokes about being gay. However, since this was 1997 her admission got a mixed reaction, even though she knew it would be wonderful for her to come out publicly. This interview on Oprah back in 1997 just shows how opinions have changed!

The That’s So Raven star didn’t mess about when it came to coming out. When marriage equality was announced in California, she tweeted: “I can finally get married! Yay government! So proud of you”. Simple as that!

I can finally get married! Yay government! So proud of you

Star Trek actor Zachary Quinto came out publicly giving no warning to his friend, family or publicist. He said: “I didn’t tell anyone I was going to do it so no one had a chance [to give me advice.]" He also said that finding out that gay teen and activist Jamey Rodemeyer had killed himself was a catalyst.

He said: “In light of Jamey’s death – it become clear to me in an instant that living a gay life without publicly acknowledging it – is simply not enough to make any significant contribution to the immebse work that lies ahead on the road to complete equality.”

Modern Family actor Jesse Tyler Ferguson and his hubby Justin Mikita are absolutely adorable, but Jesse has spoken about his upbringing and how homosexuality was a little more taboo when he was younger so he never came out. However, he and Justin are actively promoting marriage equality. Go Jesse and Justin!

What? The actress who is currently going out Jonny Depp? WHAT? Amber Heard came out as openly bisexual at the GLAAD’s 25th anniversary event, and she dated photographer Tasya Van Ree before she met the lovely Mr Jonny Depp.

Anna Paquin is bisexual, married to Stephen Moyer, and is totally open about her sexuality. She said: “I’m sure for some people saying they’re bisexual feels less scary than making a statement that they’re gay. For me, it’s not really an issue because I’m someone who believes being bisexual is actually a thing. It’s not made up. It’s not a lack of decision.”

Apparently Stephen Fry has always known that he was gay. He said: “I suppose it all began when I came out of the womb. I looked back up at my mother and thought to myself: ‘That’s the last time I’m going up one of those.’” Brilliant.

Portia de Rossi is now happily married to Ellen DeGeneres, but she was terrified about coming out at first. Apparently it was at the Golden Globes when her TV show Arrested Development. She said: “When Arrested Development was nominated Ellen and I had been together for a month, and I was very, very nervous going to that because I knew that I was going to meet up with her after the show and that there were press.

How are you celebrating this month? Tweet us @sofeminineUK