San Diego's Comic Con is an exciting time for nerds everywhere, because even if you can't geek out in those famed hallowed halls, it's still hard not to be caught up in all of the brand new trailers, cast announcements, blooper reels, and panel banter that comes out of the SDCC. Here are the top 16 things that happened at this year's convention, nerds unite!

We watched The Hunger Games: Mockingjay Part I trailer

We got our first look at The Hobbit: The Battle of the Five Armies

Lord of the Rings nerd points to everyone who recognised Pippin’s sad little song from Return of the King!

@MarkRuffalo I love the face you are giving to Paul pic.twitter.com/YvmpinO6iT

Yeah yeah he’s going to be dark and completely different from Matt Smith, stop laying it on so thick!

Look at him trying to decide what to wear! Love him.

Gearing up for the big day... #SDCC pic.twitter.com/mc2BnTCDP8

He might not be Harry Potter now but we still have an invested interest in his future and his new film, Horns, looks to dissociate him with the boy wizard type-cast for good!

We got to see Daniel Radcliffe sneak about as Spiderman

Dan wanted to wander about and not get hounded by fans, so chose this little get up. Anything that involves tight costumes and Harry Potter is a-okay with us.

The cannibal illusion was shattered by the Hannibal blooper reel

Not to mention the Game of Thrones bloopers

The Community cast and crew was SO smug

Having been saved by the skin of their teeth from cancellation by Yahoo, Community were clearly over the moon to still be in the game, as were we. SIX SEASONS AND A MOVIE.

"Community season six-now you're watching the way you used to watch only now it's legal."-@danharmon #CommunityLivesOn #SDCC

"Like a Japanese World War 2 general, we had two options: victory or suicide."-@joelmchale #CommunityLivesOn

It's made us a little worried for our favourite superheroes though! 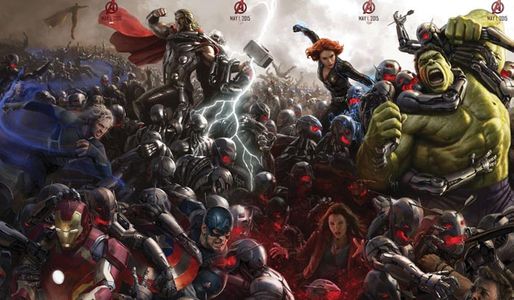 Much topless men, much Stiles, much happiness.

We have a feeling the banter between Bart and Stewie is going to be OUTSTANDING.

We got a first look at Mad Max: Fury Road

We have a new kick ass female super hero!

Wonder Woman will be in Batman vs Superman: Dawn of Justice and will be played by Gal Gadot.

A Guardians of the Galaxy sequel was announced