by Emmy Griffiths Published on 4 August 2014 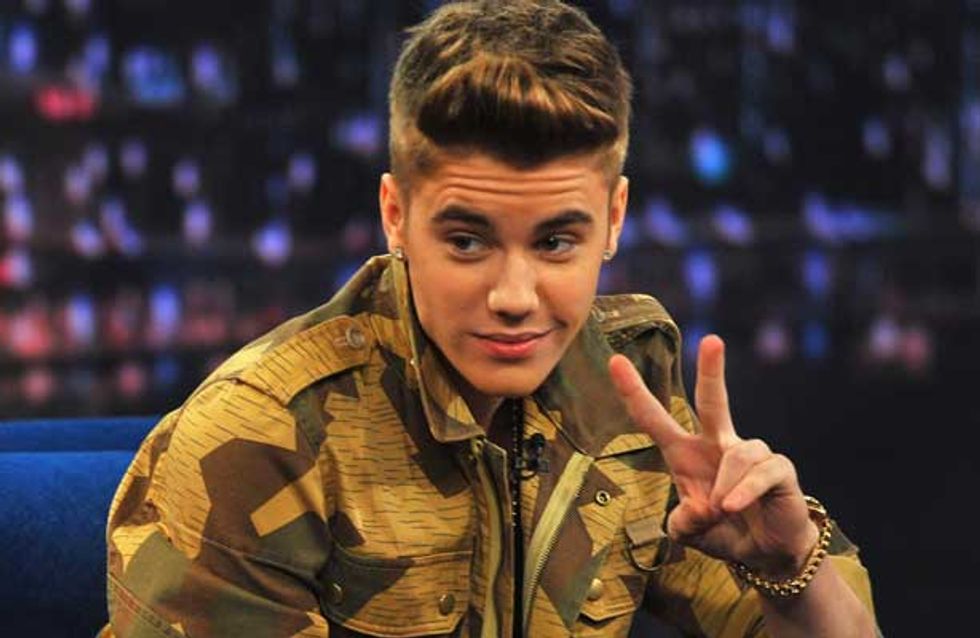 If you didn't already know, last week Orlando Bloom threw a punch at Justin Bieber and thus gained the utmost respect from almost all of the world’s population. However, Orlando isn’t the first person to express his dislike for the man-child. Here are 16 celebrities who also hate on baby-faced Bieber.

According to rumours, the skirmish between Bieber and Bloom occurred after Justin mentioned Orlando’s ex-wife Miranda Kerr. There has long been speculation that Bieber and Kerr had a minor fling during her marriage to Bloom but never has there been so much blatant tension between the stars.

Since then, several celebrities jumped up to support the actor…

Good old Leo was reportedly having dinner with Orlando Bloom when their scuffle occurred, and a witness told The Mirror: “Bieber said something to DiCaprio – I don’t know exactly what, because it was seven or eight metres away.

“Leo brushes his hands at him, like, I don’t care what you say…when Orlando punched Bieber…the whole table he and DiCaprio were on started clapping.”

Stephen Colbert is verbally envious of Orlando's good fortune at getting to hit Justin...

Orlando Bloom was in LOTR, married Miranda Kerr AND punched Justin Bieber? By my count his monkey paw only has 2 fingers left.

Chat show host Jimmy Fallon was loving making fun of Orlando vs Bloom on his show!

However, these celebs weren’t the first and certainly not the last to throw shade at the pint-sized pop star…

The Knocked Up actor is really very vocal about his disdain for Justin. On the Howard Stern show he said: “He’s a good example of someone you meet, who you think you’re going to hate, and then you get to hate him as much as you thought.

“You meet him, and he lives up to every one of your expectations of how you hope he will be.”

He polished off this opinion with this tweet. Simple, yet to the point.

Obviously Joan River threw in her two-cents, really laying into the Baby singer…

Good old Taytay can always be counted on be hating ex-boyfriends, in this case Selena's, and was caught on camera sticking her tongue out in disgust when she saw a recently reunited Justin and Selena smooching.

Just to make it clear, this is only a few of Drake's many, many anti-Bieber tweets. He's really, really not a fan.

Can you kids start looking up to a good person?!

When is someone going to tell this idiot he can't draw.His art is almost as bad as his music. Talentless artless pic.twitter.com/N3xiPFfQNz

I haven't listened to much Justin Bieber but his songs must be full of hate and rage because that's what his believers are filled with..

Ok first belieber with proper grammar that speaks with intelligence gets a prize...ready go!

Actress Marg Helgenberger mentioned that Justin was: “kind of a brat” after he appeared on the show. She elaborated: “He was very nice to me. But he locked one of the producers in a closet and he put his fist through a cake that was on the cast’s table.”

Here’s the scene with JB gets shot on the show. You know, for science.

Community star Joel stared the wrath of Beliebers in the face when he insulted Beibs during an interview with Conan O’Brien. It’s a thing of beauty.

The Supernatural actor accused Justin of paying his friend to take the fall when cops found cocaine in his house, then he chatted about the backlash, saying: “I have a world full of 12-year-olds trying to kill me. So watch my back!”

One of the Jonas bros was not pleased by Justin’s egging scandal, tweeting…

We wondered the same thing Nick.

Lorde kind of subtly but not really took down Justin Bieber in an interview with MTV News, saying: “I feel like the influences that are there in the industry for people my age, like Justin Bieber or whatever, are just maybe not a very real depiction of what it’s like to be a real person.”

But most importantly, what's YOUR opinion of Justin Bieber? Tweet us @sofeminineUK!

Justin Bieber's Deposition Video Has To Be Seen To Be Believed