by Emmy Griffiths Published on 31 January 2014 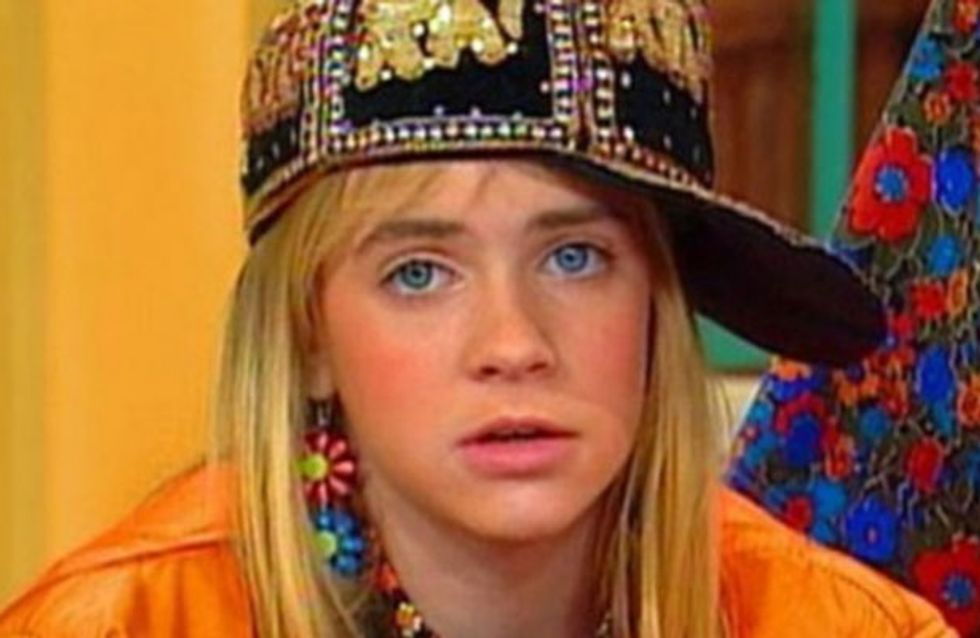 © Clarissa Explains It All

We all have that handful of shows that we love to reminisce about, especially the ones that we thought we had forgotten until we're reminded of their existence (and instantly filled with nostalgia for our childhood). So what if you switched on your flat screen and a brand new series of Dinosaurs was on? Would you get up early again to watch SM:TV Live? These are our favourite kids shows that we wish they’d bring back…

Forget Breaking Bad, The Sopranos, The Wire, Game of Thrones. The Queen’s Nose was and is the best show of all time. A girl called Harmony is given a 50p from her Uncle Ginger, and when you rub the Queen’s nose it grants wishes. This show was SO awesome – especially when Harmony’s crazy cousin Dino arrived in season 3!

This fairly creepy show followed a family of dinosaurs anthropomorphised as a typical working family with the Homer and Marge-esque parents, cool older brother, fashionable sister and the hilariously annoying baby.

Though wasn’t it disturbing? Does anyone remember the episode where Earl (Daddy Dinosaur) adopts those super cute little animals, which his boss then EATS? Messed up.

All together now: “I’m the baby! Gotta love me!”

The stone bust who would tell you how to make the piece, the huge art segments, the: “here’s one I made earlier!” Who DIDN’T love Neil and his red jumper as a child? It might shock you to hear that following Art Attack he was in a band called Marseille and it was ROCKING.

We’ve been in fits of laughter over young Ant and Dec’s ludicrous antics on SM:TV Live, and one of our favourite moments EVER has to when the boys dress up as Pokemon trainers and Dec (aka MISSSSSTY) is defeated when Ant brings up Westlife (as ‘she’ is a girl.) Ah, you have to laugh at how very nineties it all is!

Get Your Own Back

Why was there something so satisfying about watching as other people’s relatives were plunged into a huge pool of gunge? Is it because the host found it just as funny as we did? Is it because we were literally that easy to entertain as younglings?

Either way, this show was the best.

Johnny Bravo was the womanising super hunk who never got the girl despite his coifed blonde locks and eyes so dazzling that they must always be hidden by shades. He was just a little too big for his boots. Dude needed to calm down.

If you didn’t shout MASHED POTATOES! at your computer screen, you have no place here. Bodger and Badger were the funniest housemates ever, and we loved Badger’s knack of ruining everything. Mostly with mashed potatoes.

Rosie and Jim were the best rag dolls who lived on a narrow boat and had a duck friend and got up to all sorts of tom foolery - we knew they were for toddlers but we watched them for YEARS!

Not only were they mischievous, but they also taught you lessons about being a good person. Now that’s important!

After watching the intro below, HOW were children allowed to watch this show? This intro was scarier than Paranormal Activity 2! Seriously, don’t watch it if you’re alone at night…or if you are make you have Rosie and Jim ready to replay and cheer you up.

Scary as it was, this show was just awesome. We don’t think anyone forgot that dog’s eyes glowing evilly…

Tia and Tamera are super sassy twins that find each other and become best friends, despite being completely different.

Tia (aka the dull twin) was mature and intelligent, whilst Tamera was a little bit of a ditz and acted on impulse a lot! This show was always hilarious, and made us think that boys would always be climbing through our windows to hang out with us (they didn’t).

Bert Racoon along with Ralph and Melissa are constantly up against greedy pink aardvark Cyril Sneer who wants to destroy evergreen forest for money. Luckily, Cyril’s nerdy son Cedric is on their side to help them stop Cyril’s plotting. This show taught us that if you want to tear down a forest for a quick buck you are a good-for-nothing old miser! Love nature guys.

Want to know more about science, history, maths, puzzles? How 2 was always there to help with it's friendly presenters (Carol Voderman and Fred Dinenage and Gail Porter)! We loved their less than politically correct sign offs and the fact they always asked the questions we never thought to ask, How does a bubble behave? And how do you horrify your hand?

And that’s how, for now!

If you were the winning team you even got to do a super search for better prizes. This is like the opposite of tidying your room – no wonder we loved it!

The Twist family move into a haunted lighthouse but this show doesn’t just stop at ghosts, no no no! There were dragons, real life cabbage patch kids, a remote control that controls reality, and magical underpants. This show just had everything we could have dreamed and more!

A coming of age tale of Cory and his BFF Shawn as they navigate school, parents and girls, obviously!

This series lasted for a whopping seven years and we were there for every single one!

This slightly bizarre cartoon was about a boy called Doug who plays a bango and has a talking pet dog called Porkchop who always helps out! Why did we love it so much? It was so peculiar!

Clarissa Explains It All

Melissa Joan Hart wasn’t always a teenage witch, and when she wasn’t she was a pretty decent life coach in Clarissa Explains It All!

For example, when she talked to us about her first training bra, we were both slightly delighted this was being talked about on TV and were ready to badger our parents for one ourselves! Thanks Clarissa!

Children’s Ward told the stories of young patients and the staff who helped them out. This drama was so good that the writers actually went on to write for some awesome shows (namely Shameless and Coronation Street).

A boys basketball team with only one girl player so battles the odds and is awesome? Yes. It didn’t hurt that the boys were nineties HUNKS.

In Eerie, Indiana, nothing is as it seems. This show was freaking amazing. If HBO picked this up, we would definitely tune in.

Did your favourite kids show make the cut? Tweet us @sofeminineUK